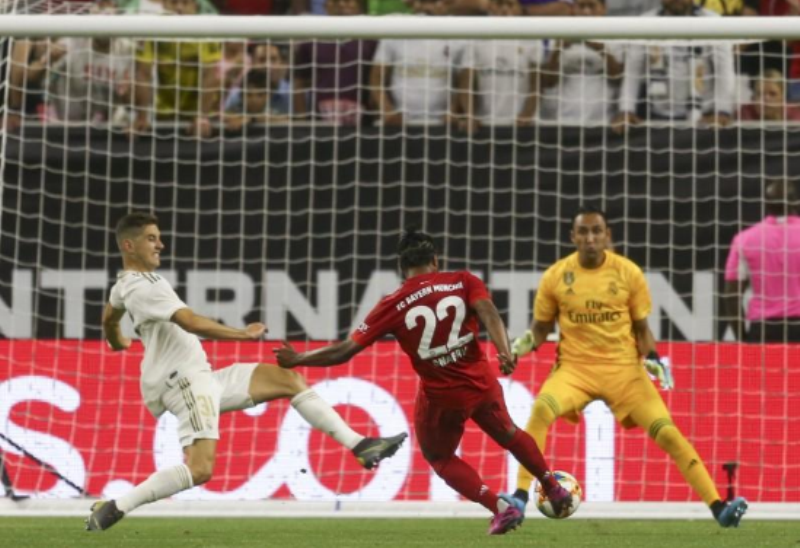 Both sides gave debuts to high-profile acquisitions in a game that featured appearances from 41 different players.

Real, who started with a full-strength side that included a debut for former Chelsea attacking midfielder Eden Hazard went 1-0 down after just a quarter of an hour.

David Alaba cut the ball back from the left and although Corentin Tolisso’s first shot was saved off the line he hammered the rebound into the roof of the net to put the Germans 1-0 ahead.

Real, though, had the better of the first half with only Manuel Neuer’s presence and Karim Benzema’s profligacy preventing them from drawing equal in a relaxed but end-to-end match.

Bayern made five changes at the start of the second half and Real made 11, with Ferland Mendy and Rodrygo for Real and defenders Lucas Hernandez and Benjamin Pavard for Bayern among the big-name off-season arrivals making their debuts.

Real’s young and speedy forwards started the second period on top but instead, it was two of Bayern’s substitutes who helped seal the result.

First Robert Lewandowski held off his marker to turn midway through the second half and fire a low shot home from 12 meters out and then Serge Gnabry took advantage of sloppy defending to score from a similar position two minutes later.

WASHINGTON, July 24: Real Madrid beat Arsenal in a penalty shootout after Gareth Bale had made a goalscoring return to... Read More...