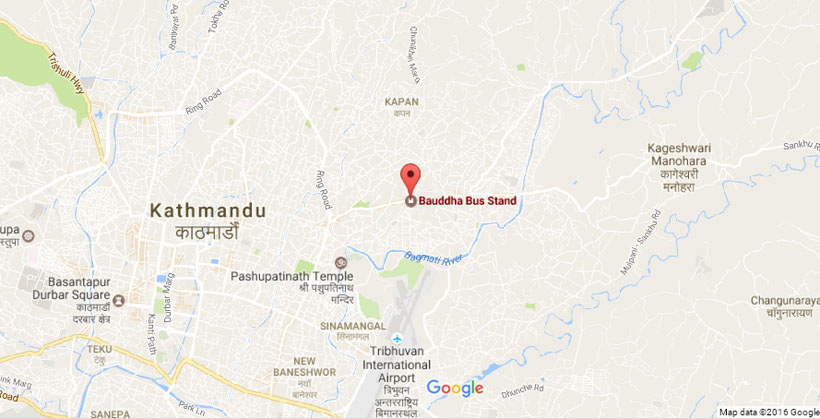 KATHMANDU, Dec 11: Bauddha Nayabasti area is tense following the death of a taxi driver Ram Kumar Lama. Locals have intensified protest against the death of Lama calling it suspicious.

Irate locals have set a police beat on fire. Agitated protestors have also torched two motorcycle. They have claimed that Lama was murdered.

According to police, Lama, 36, who was found in an unconscious state on Saturday died while undergoing treatment at a hospital.

The cause of his death is yet to be established. Metropolitan Police Circle office Bauddha said that they were yet to investigate the case.

Police have been deployed in the Nayabasti area to control the situation.

Republica’s photojournalist Keshav Thoker said that the tension persists between the locals and the law enforcement agency.

“Police is trying to contain the protest, locals are in no mood to give up,” he said.

KATHMANDU, Dec 12: A furious mob at Nayabasti in the Bouddha area of Kathmandu on Sunday vandalized a police beat and... Read More...

KATHMANDU, July 21: Tension flared in New Baneshwar as police fired teargas shells on the demonstrators as the latter were... Read More...