KATHMANDU, June 12 : The last group, Group H, provides this week's 2018 FIFA World Cup with intricacy, fascination and a whole new level of unpredictability with Colombia, Poland, Senegal and Japan going head-to-head with each other.

Colombia and Senegal will most likely finish the group as the winners or the runners-up, but Poland and at an extent Japan are capable enough to make life difficult for them.

Colombia is making its fifth appearance in the World Cup and is looking to fancy its chances to win the group, or at least, qualify for knockouts.

Colombia finished fourth in the CONMEBOL qualification with seven wins, six draws, and five losses to make it to the finals.

Colombia will most likely field David Ospina in goal, with Camilo Vargas and Jose Fernando Cuadrado as backups.

Center backs Cristian Zapata, Oscar Murillo, and Davinson Sanchez will start for Colombia with Yerry Mina as a reliable backup.

Right back Santiago Arias will pair with Johan Mojica at the left. Farid Diaz at left flank is an option as well.

Four players, Wilmar Barrios, Carlos Sanchez, Abel Aguilar and Jefferson Lerma, can play as a defensive midfielder but Sanchez should start. Lerma or Aguilar will most likely start in the center, while Barrios remains an option.

In a 4-2-3-1 system, James Rodriguez will lead the attacking midfield line, while supported by Juan Cuadrado as a right winger.

Mateus Uribe and Juan Fernando Quintero are other options as right wingers, while Jose Izquierdo can operate from both the flanks.

Poland, on its eighth World Cup appearance, missing out on 2010 and 2014, qualified topping Group E of the UEFA qualification with eight wins, a draw and a defeat.

Lukasz Fabianski and Wojciech Szczesny are set to fight for the starting spot, while the third choice keeper is Bartosz Bialkowski.

Bartosz Berezynski and Lukasz Piszczek are the leading candidates for the left and the right back roles respectively supported by Maciej Rybus on the left, and Artur Jedrzejczyk on the right.

Grzegorz Krychowiak will start in a defensive role, while assisted by Jacek Goralski, adept in both central and defensive roles. Karol Linetty is the other option. Attacking midfielder Piotr Zielisnki will dictate the tempo for forward movements.

Jakub Blaszczykowski will operate from the right wing in tandem with Kamil Gorsicki or Rafal Kurzawa from the left flank. Slawomir Peszcko remains a backup in the right.

Captain Robert Lewandowski had a staggering qualifying campaign being one of the three players to score the most goals in the qualifiers with 16. He will lead the attack with Arkadiusz Milik as a second striker. Lukasz Jeodorczyk and Dawid Kownacki are other forward attacking options.

Senegal is making its second appearance in the World Cup after Turkey defeated the Africans in the quarterfinals in 2002. Senegal topped the Group D of the CAF qualification with four wins and two draws.

Khadim N’Diaye is favorite to start at the goal ahead of Abdoulaye Diallo backed up by Alfred Gomis. Kalidou Koulibaly and Kara Mbodji are the leading center backs, while Alfred N’Diaye and Cheikhou Kouyate can also fill in.

Youssouf Sabaly and Moussa Wague will take the right back roles, similarly, Saliou Ciss and Lamine Gassama will operate at left back.

Idrissa Gueye will be a key at defensive midfield, while Kouyate will start at center but equally capable in a defensive role. Gueye can operate in the different right flank positions too.

Cheikh N’Doye will be back up for central role, while N’Diaye will wait for his chance in the defensive midfield role. Badou Ndiaye is the attacking midfielder.

Moussa Sow is the starting center forward but will be given stern competition by Diafra Sakho and
Moussa Konate. Mame Biram Diouf, Ismaila Sarr and M’Baye Niang can play as a second striker, while Niang can be deployed in left wing.

Talisman Sadio Mane is good in both the flanks, and will be supported by Keita Balde who can do the same.

Japan topped the Group B of AFC qualification with six wins, two draws and two losses to make its sixth appearance in the finals.

First choice veteran goalkeeper Eiji Kawashima will be backed up by Masaaki Higashiguchi and Kosuke Nakamura. Maya Yoshida and Gen Shoji will pair at center back, while backed up by Tomoaki Makino and Naomichi Veda. Gotoku Sakai and Wataru Endo are the right backs, while Yuto Nagatamo and Hiroki Sakai are from the left.

Makoto Hasebe is the defensive midfielder, while supported by center midfielder Ryota Oshima.
Shinji Kagawa can play in either side of the midfield. Keisuke Honda will play from the right wing, but can also be deployed as an attacking midfielder; however Gaku Shibasaki
is a strong option to startat attacking role. The other attacking midfielder is Hotaru Yamaguchi.
Takashi Usami is the other right winger, while Genki Haraguchi and Takashi Inui will play from the left.

In-form Shinji Okazaki and Yuya Osaka will fight for the center forward position, while backed up by Yoshinori Muto. 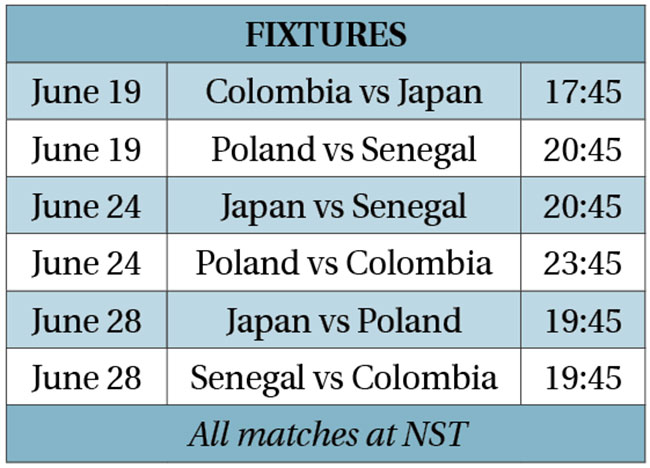 Trump's Twitter battle with press may come with a price