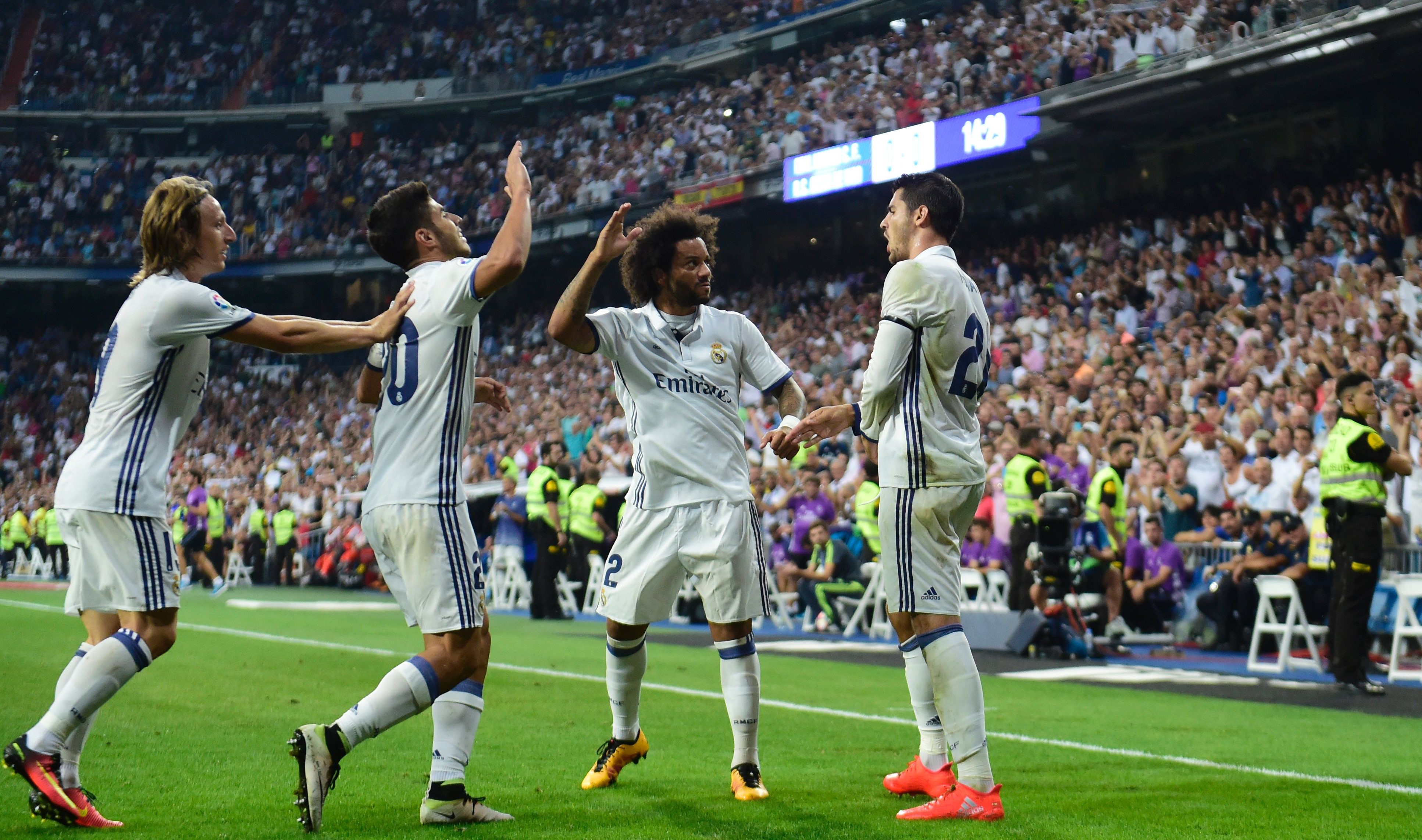 NICOSIA, Nov 22: Holders Real Madrid sealed a place in the Champions League last 16 with a thumping 6-0 victory at APOEL Nicosia on Tuesday after doubles from Karim Benzema and Cristiano Ronaldo but will still finish runners-up to Tottenham Hotspur in Group H.

Ronaldo wrapped up Real’s biggest Champions League away win with two goals at the start of the second half. He now has 18 in the competition this year, extending his record from 16 and taking his overall Champions League scoring record to 113.

Zinedine Zidane’s side, who have been inconsistent in La Liga this season, were already coasting thanks to first-half goals from Luka Modric, a Karim Benzema double and Nacho strike.

Spurs’ 2-1 win at Borussia Dortmund means they have claimed top spot on 13 points, with a game to spare, ahead of Real on 10 points. APOEL will fight it out with Dortmund for third place and a Europa League spot, with both teams on two points.

“We can’t do anything about finishing second now. Other teams will not want to face us in the next round and we will do our best to qualify (from the last 16),” said Zidane.

“We know Ronaldo and Benzema are good players and they were going to score sooner rather than later. In a season you always have tough moments but we always thought they would improve.”

Ronaldo added: “We knew before the game that we needed to win to go through to the next round. We played very well, we scored six times and the team played amazing football. We are very happy. The job was done.”

Modric opened the scoring for Real in the 22nd minute with a bouncing volley from the edge of the penalty area after APOEL’s Vinicius failed to clear a Dani Carvajal cross from the right.

Benzema doubled the lead in the 39th when he was put clean through by Toni Kroos, following neat interplay between the German, the Frenchman and Portuguese Ronaldo.

APOEL’s defence appeared to freeze in the build-up after they thought the referee would blow for a foul on Ronaldo. Benzema made no mistake though ending his recent goal drought.

In the 41st minute Real made it 3-0 when Nacho prodded home from close range, after his central defensive partner Raphael Varane knocked down Marco Asensio’s corner from the left.

Real scored again when Benzema doubled his tally following a lightning break in first-half added time, Ronaldo unselfishly finding the Frenchman who passed the ball into an empty net.

Ronaldo finally got on the scoresheet himself, scoring his 112th Champions League goal in the 48th with a simple header off Marcelo’s cross from the left. He then netted again in the 54th, firing home after Perez’ clearance struck the onrushing Benzema.

“That Ronaldo and Benzema both scored twice makes us really happy. We’ve come away delighted, we did everything we wanted to do and we need to carry on like this. In the last three games we’ve scored goals and kept clean sheets,” added Zidane.

Nepal ends as runners-up in ICC WCL2, seeded in Group B

KATHMANDU, Feb 15: The United Arab Emirates (UAE) has defeated Nepal with seven runs at the final match of the... Read More...