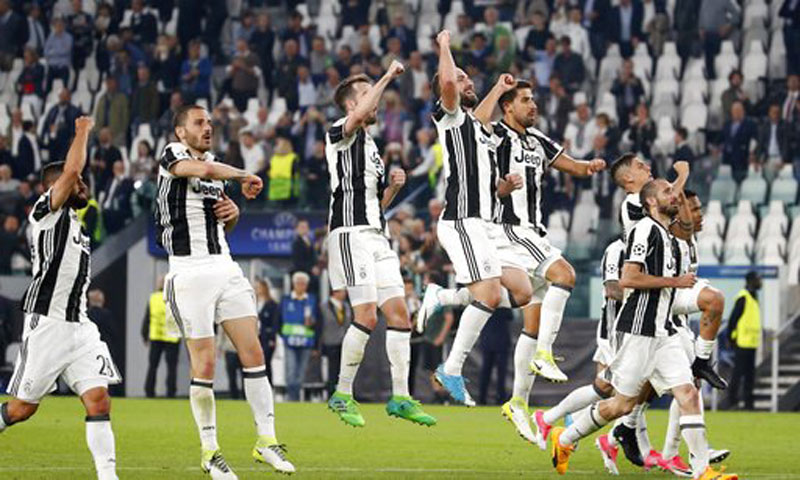 BARCELONA, April 18: Barcelona has already pulled off a seemingly impossible comeback to stay alive in the Champions League. Now they must do it all over again.

Barcelona hosts Juventus on Wednesday, needing to overturn a 3-0 defeat from the first leg to advance to the semifinals of Europe's top-tier tournament. If Juventus scores first, Barcelona will find itself needing five goals.

Lionel Messi and teammates have one big straw to clutch: their remarkable 6-1 victory over Paris Saint-Germain in the last round to become the only team to ever overturn a 4-0 first-leg loss in the history of the competition. That rout included three goals after 87 minutes were up.

Barcelona manager Luis Enrique is trying once more to rally his players to the challenge, and let Juventus know that his team will be in all-out attack mode.

"We will fight until the end. I am sure that at some point we will be close to pulling it off," said Luis Enrique. He added, perhaps only half jokingly, "we will risk it all, even up to fielding eight forwards.

"We have nothing to lose after all."

Barcelona, however, has given few signs that it can put on another great performance. Since roaring back against PSG, it has lost three times in seven matches and struggled to beat Real Sociedad 3-2 at home on Saturday.

And former champion Juventus may prove a much tougher side to break down than PSG at Camp Nou.

Here is a look at this week's quarterfinal second legs:

Dortmund will still be shaken from the attack on its team bus that forced the first leg of the quarterfinal against Monaco to be postponed for a day when it aims to overhaul its 3-2 defeat on Wednesday.

This weekend's return of Marco Reus after six weeks out with a torn ligament provides a boost. The midfielder scored after just two minutes to help beat Eintracht Frankfurt on Saturday. Players dedicated the 3-1 win to Marc Bartra, who was wounded in the three explosions that hit the bus last week.

"It still won't be easy in the next games. You can't just forget the events of this week," Dortmund defender Sokratis Papastathopoulos said.

Monaco has already played 53 games in all competitions this season and fatigue is starting to take its toll on the French league leaders.

The good news for Monaco is that Radamel Falcao looks like his old self again. The Colombia striker has scored 18 goals in 24 league games, the best tally for a Monaco player in the top flight since Shabani Nonda scored 26 in 2002-03.

The defending champions will have Cristiano Ronaldo rested and ready to add to his two goals in Madrid's 2-1 win in the first leg in Germany.

Coach Zinedine Zidane didn't play his star forward or most of his first-choice players during Saturday's Madrid's 3-2 win at Sporting Gijon that maintained its lead of the Spanish league.

Gareth Bale is doubtful for Bayern's visit on Tuesday with a right leg injury, as well as defenders Pepe and Raphael Varane.

Bayern's hopes will be pinned on Robert Lewandowski recovering from a right shoulder injury that ruled him out of the first leg. The Poland striker has scored 38 goals across all competitions this season.

"I'm doing well. I'm very happy that I could be there today in training. Everything's OK," Lewandowski said on Sunday.

Javi Martinez is suspended so if Mats Hummels and Jerome Boateng fail to recover from their injuries, David Alaba and Joshua Kimmich might have to form Bayern's central defense.

Leicester had to overturn a one-goal first-leg deficit against a Spanish team in the last 16, and achieved the feat at the expense of Sevilla.

This time, the English champions don't have an away goal to aid their cause, losing the first leg 1-0, and they will also be up against last year's much more experienced finalist on Tuesday.

For possibly the biggest game in its history, Leicester has issues at center back with Robert Huth suspended and Wes Morgan injured.

Antoine Griezmann, who scored the first leg's only goal from a penalty, sat out Atletico's 3-0 win over Osasuna on Saturday.

Juventus could be without forward Paulo Dybala, who scored two goals against Barcelona in the first leg.

The Argentina international limped off early in the second half of Juve's 2-0 win at Pescara with an ankle injury.

"He's taken a knock and twisted it a little but there's still four days, we have to be optimistic," Juventus coach Massimiliano Allegri said.

Allegri promised Juventus wouldn't fall into the same trap of sitting back against Barcelona on Wednesday — an approach that doomed PSG.

"Our aim is not to score just one goal, but to get at least two," Allegri said.

Barcelona will get Sergio Busquets back after he was suspended from the first leg.