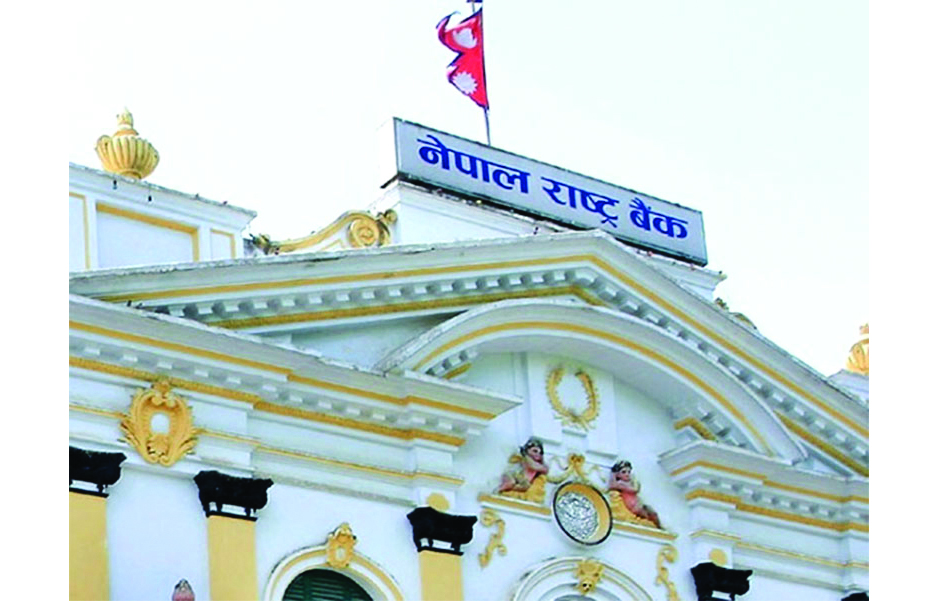 It is necessary to channelize money into formal financial system through banking. Every sector of economy must use banking channel to handle financial transactions

The government in cooperation with Nepal Bankers’ Association (NBA) has initiated a deposit campaign in order to enhance access of all people to banking system. The ‘Open Bank Account’ campaign aims at opening bank accounts of every Nepali citizen in commercial banks. As a part of its effort to promote the government’s vision of one saving account per person, Nepal Rastra Bank, the central bank of Nepal, has unveiled simplified requirements for opening bank accounts, with only requiring filling up simplified Know-Your-Customer (KYC). Further, banks will provide Rs 100 in each account opened under the campaign as per their corporate social responsibility.

Banks and Financial Institutions (BFIs) are considered as financial intermediaries who play crucial role in promoting economic growth through effective mobilization and allocation of resources. The government’s goal to ensure the accessibility of financial services to the unbanked segment of people as envisioned in the monetary policy of 2018/19 is entirely achievable, if the responsibility of the government is shared and distributed and all stakeholders come together to achieve the goal.

Financial inclusion is the process of providing financial access to the people through ranges of financial services such as savings, payments, remittance, credit, insurance and others through formal financial institutions. Bringing more people close to financial institutions means previously unbanked people will be able to enjoy saving and credit opportunities. Saving can be helpful at the time of unexpected expenditure shock whereas increased access to credit, for instance agricultural subsidies, will allow farmers to make greater investments so as to get higher agricultural yields. In this way, financial inclusion could well be a tool of income generation and empowerment to the poor and vulnerable group.

According to the 2017 World Bank Global Financial Index, financial inclusion in Nepal increased from 25 percent in 2011 to 45 percent in 2017. Until recently, banks in Nepal have been accused of not reaching out in areas where the transaction or deposit size was low. Due to high operational cost, lack of proper security and networking, banks have not been able to expand their services to remote areas in the past. However, the situation has changed. As of mid-February 2019, there are 7,591 branches of BFIs providing services to the people across the country. In the context of supporting the implementation of federalism through financial access and inclusion, BFIs have adjusted their area of operation in line with provincial and local structures. According to the NRB data, of total 753 local levels, commercial banks have now shown their presence in 704. Expanding bank’s access to local levels results in reducing the distance barrier thus helping in poverty reduction. State-led rural branch expansion in India from 1977-1990, as per 2005 study, led to a significant reduction in poverty across Indian states.

Despite the improvements, there is still more than 50 percent of population excluded from financial access. As per the data of NRB’s ‘Financial Inclusion Dashboard’, a newly introduced e-mapped portal that incorporates various indicators of financial inclusion, percentage of active male accounts (48 percent) outweighs the percentage of active female accounts (27 percent). While the people in cities and urban areas own multiple accounts in several banks, large population in village and remote area still remain unbanked. Financial literacy goes hand in hand with financial inclusion and complements the latter.

Despite working all his life in India, my father only opened bank account when the Indian government launched ‘bank account for all’ campaign few years back. I did not have a bank account until I started working and the office opened it for salary purpose. Stock market, insurance policies, tax laws were all too weird and unknown things for me until recently.

I grew up seeing my parents keep money in a cupboard under a piece of cloth. When I came to Kathmandu for higher studies after SLC, I did no different. I would keep the money that I brought from home for my fees and rations under the pillow. Neither I learned about having a bank account nor anyone advised me to have one. ‘Money in hand is great strength and will become useful’, my father would often say. Having money in your bank account is as good as having money in hand in today’s digital world. And this will only become better in days to come. But we need to create suitable environment first before bringing change and innovation.

But we have a long way to go. Every day, thousands of transactions occur outside formal financial institutions across the country. It is important to channelize the scattered money into formal financial system through banking channels. Every sector of economy must mandatorily use banking channel to handle financial transactions. Use of cash should be discouraged and cashless digital banking, which is also environment friendly, should be promoted for effective and hassle-free banking experience. Government should enhance financial literacy programs by arranging awareness programs and campaigns. By introducing financial education in the school level curriculum, large number of students can acquire ranges of knowledge on overall financial market such as share market, tax system, insurance policies, bank interest rates and so on. This will help them make good decisions in the future.

‘Open bank account’ campaign is a welcome initiative of the government. Practically, opening account of every citizen may not be as effective and efficient at one go. However, the participation of all commercial banks, private and government, is a positive factor in attaining the goal. The campaign is also an opportunity for the banks to reach out to the mass and increase their deposit base. Opening account is not sufficient though. Effective utilization matters the most. To maintain long-term mutual relationship with customers after boarding them to the banking service is more challenging. People still feel reluctant to come to the banks in village areas.

Banking, without a doubt, is the most transparent and regulated business sector in the country. Given the required infrastructures set up in remote areas, and with simplified procedures and effective communication in place, banks can reach out to unbanked segment and attract more people to banking that will ultimately improve the financial access and inclusion, which is a key component of social inclusion.

Age of digitization has made available several technologies to make banking efficient. Banks in Nepal should benefit from them ... Read More...

Rasuwagadhi and Tatopani borders yet to come online
6 hours ago

32 tourists rescued from Manaslu
7 hours ago

14 days' isolation required even after discharge from hospital: Chinese doctors
5 hours ago

Defying lockdown, people flock to streets, shops in Bhaktapur (with photos)
7 hours ago