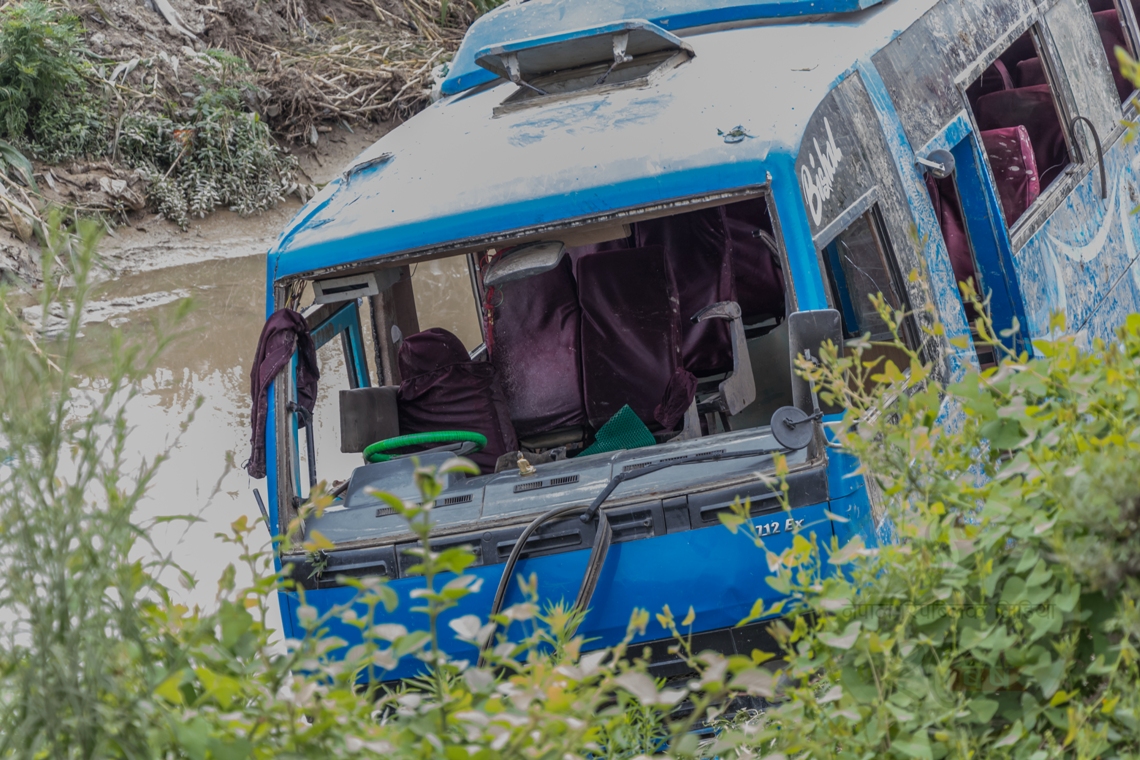 RANJHA, March 30: Thirty-seven people lost their lives in multiple road accidents in the past eight months in Banke. Among the dead, two are minors and nine are women.

Such deaths were from 60 roads accidents occurred in this period, District Police Office, Banke's Information Officer Om Prasad Poudel said. The district reported a more number of accidents this time than the corresponding period last year. Similarly, 79 people were injured and some of them are still under medical treatment.

A total of 18,950 motor vehicles faced action for violating the traffic rules. Most of accidents were due to negligence of drivers though various public awareness programmes aimed at reducing road accidents were launched.

Meanwhile, the Banke police have arrested a man from Nepalgunj on charge of his involvement in producing illegal arms. It was found that the place for making such arms is just 200 meters away from the ward police office in the town.

The arrested is Junga Bir Nepali, 60, of Nepalgunj-5. He owns the license for repairing arms. But he has been charged of producing new arms and police have seized repairing devices and an air gun, Superintendent of Police Arun Poudel said.  RSS

Govt lists out hotels available for quarantine
6 hours ago

Govt lists out hotels available for quarantine
6 hours ago

'Am I going to get shot?' kids ask, as brands try to explain racism and violence to children
7 hours ago