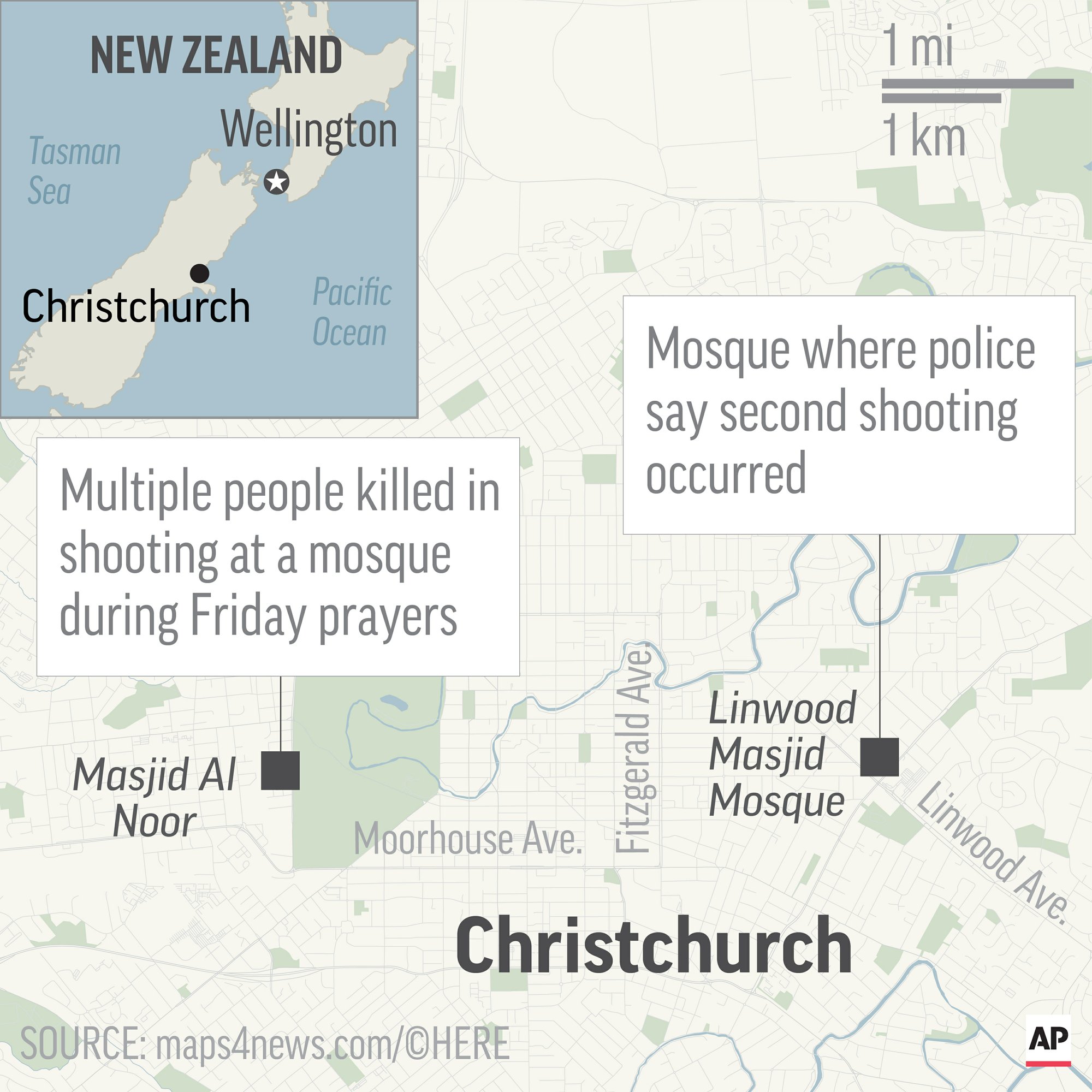 WELLINGTON, March 15: An international cricket match between New Zealand and Bangladesh has been cancelled after players from the visiting team narrowly avoided a mass shooting at a mosque in Christchurch on Friday.

The Bangladesh players came within minutes of being inside one of the mosques when a gunman opened fire with an automatic rifle.

New Zealand Cricket chief executive David White later there had been a “joint decision” to call off the third test, which had been scheduled to start Saturday in Christchurch.

“On behalf of New Zealand Cricket heartfelt condolences to those affected,” White said. “I’ve spoken to my counterpart at Bangladesh cricket — we agree it’s inappropriate to play cricket at this time. Both teams are deeply affected.

“We are shocked and appalled ... and we are offering support to all those within the teams affected by the situation and are continuing to take advice from authorities.”

Earlier, members of the Bangladesh cricket team described on social media how they narrowly avoided the mosque shooting on New Zealand’s South Island.

Players and members of the team’s coaching staff were reportedly on their bus, approaching the Masjid Al Noor mosque in Hagley Park when the shooting started.

Player Mushfiqur Rahim posted “Alhamdulillah Allah save us today while shooting in Christchurch in the mosque. We (were) extremely lucky ... never want to see this thing happen again ... pray for us.”

Mario Villavarayen, a strength and fitness coach with the Bangladesh team, told New Zealand media the players did not see the shooter but heard shots. He said they were shaken but unhurt.

“I spoke to one of them shortly after,” Vllavarayen said. “They were at the ground and just started running. The coaching staff were all at the hotel.”

Mohammad Isam, a journalist travelling with the Bangladesh team, told The Associated Press the team was meeting Friday night to discuss when they might leave New Zealand.

He expected they would depart as soon as arrangements could be made. Players were shaken, distressed and in no mental state to consider playing cricket, he said.

Isam confirmed some players and coaching staff were travelling by bus to the mosque, which is close to the center of Christchurch city and also close to Hagley Oval where the third test was to be played.

As the players arrived at the mosque they heard but did not see the shooting taking place. The players were kept on the bus by police but later allowed to leave and to walk to Hagley Oval.

“Our thoughts and sincere condolences go out to the families and friends of those affected by this horrendous incident in Christchurch,” Richardson said. “Both teams, staff and match officials are safe.”

The test match in Christchurch is the first to be canceled since 2002 when a match between Pakistan and New Zealand in Karachi was called off after a terrorist bombing in the city.

The Bangladesh players are expected to leave New Zealand on two flights Saturday.

Isam said the players were still shaken but recovering.

SYDNEY, March 16: The gunman behind at least one of the mosque shootings in New Zealand that left 49 people... Read More...