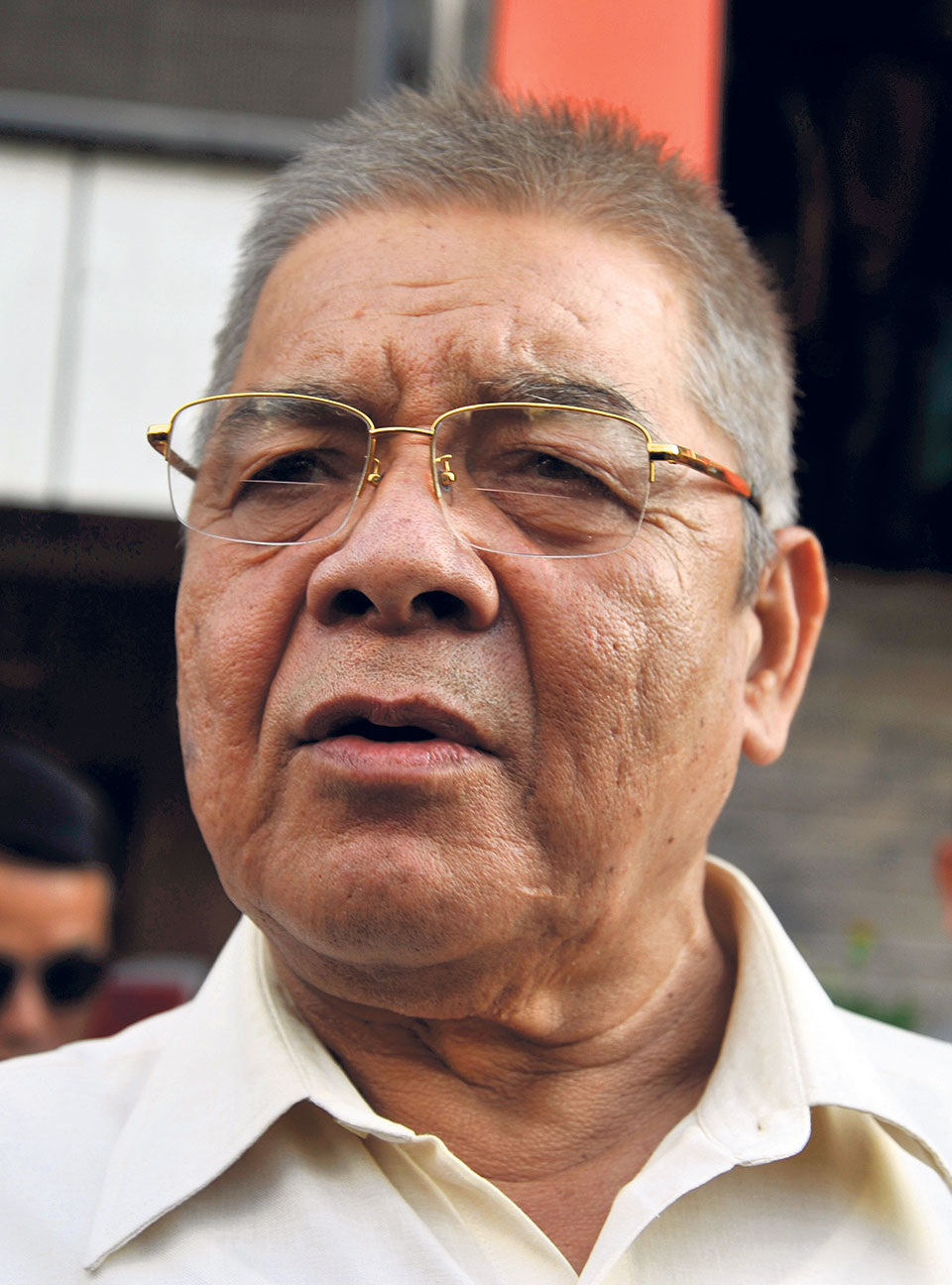 KATHMANDU, Oct 12: Following a rift within the party and a red signal from Prime Minister KP Oli, senior Nepal Communist Party (NCP) leader Bamdev Gautam has decided to back away from his decision to contest a by-election from Kathmandu-7, according to aides.

Most of the senior leaders of the party including party chairman and Prime Minister Oli had stood against the proposal emanating from the other party chairperson, Pushpa Kamal Dahal, to field Gautam in a by-election from Kathmandu after getting incumbent lawmaker Rambir Manandhar to vacate the parliamentary seat.

Manandhar was quite ready to vacate the seat and pave the way for former deputy prime minister Gautam.
“He decided to back off for now from his plan to contest from Kathmandu-7, following non-cooperation from other party leaders,” said Gautam’s confidant Bhoj Bikram Magar.

Ever since his defeat in the House of Representatives election from his home district of Bardiya, Gautam had been lobbying to become a lawmaker through a by-election after getting an incumbent to resign. But lawmaker from Dolpa Dhan Bahadur Budha turned down Gautam’s request that he resign. Party chairman Dahal had then taken the initiative to persuade Manandhar to resign from Kathmandu-7 and open the way for Gautam.

But at a party secretariat meeting, most of the influential party leaders stood against the idea. “Earlier, even party general secretary Bishnu Paudel and senior leader Madhav Nepal were positive about bringing Gautam into parliament via the by-election route. But this time they came out against because the way it was introduced at the party meeting was suspicious and Gautam’s contesting from the capital city could tarnish the party’s image,” said one influential party leader.

They also saw Dahal’s move to bring Gautam into parliament as a ploy against the party leadership and a challenge to Oli. Then CPN-UML leaders used to accuse Gautam of being too close to the Maoists before the merger of the two parties.

“Leaders also suspect that fielding Gautam in a by-election could affect the existing equation in the party,” said NCP leader Bishnu Rijal.

Defense Minister Ishwar Pokharel was the first to reject the proposal outright at a party meeting earlier this week. Later, senior leaders including Bhim Rawal and Bishnu Paudel also publicly opposed the idea and the others followed. NCP has now deferred its secretariat meeting till after the Dashain festival.

Also, provincial assembly members from the constituency Basanta Manandhar and Prakash Shrestha protested against the proposal, indicating non-cooperation to Gautam from the party’s local committees. After consulting local party committee leaders and provincial assembly members, Prime Minister Oli came out against the idea of Gautam contesting a by-election from Kathmandu.