POKHARA, Sept 3: The number of people killed after being swept by a massive flood in the Bhuji River in Baglung’s Dhorpatan Municipality has climbed to 12.

The flood triggered by incessant rainfall on Wednesday night swept away at least 31 houses along the river bank. At least 41 other people are still missing in the flood, according to the Baglung Police Spokesperson, Deputy Superintendent of Police (DSP) Rajendra Regmi.

Of the 12 mortal remains recovered from the site, only one--- Keshmaya BK, 26--- has been identified so far, said DSP Regmi.

A joint rescue team of the Nepal Army and Nepal Police personnel rescued four injured and sent them to local hospitals for treatment.

Besides 31 houses, two school buildings - Saraswati Basic School and Jana Chetana School - five power houses---Bhujikhola fourth fifth, sixth and seventh--- and some vehicles were also swept away by the flood. .

Wards 5, 6, 7, 8 and 9 are the worst-affected by the flood triggered by incessant rainfall that began on Tuesday evening.

Chief District Officer (CDO) of Baglung, Suresh Neupane, who reached the site on Thursday, said that finding those missing in the floods is not easy. Most of the houses were built nearly 50 meters away from the river. However, the flood washed away the areas beyond 100 meters on both sides of the river.

The site lies 130km west of the district headquarters, Baglung.

Meanwhile, a team including Home Minister Ram Bahadur Thapa and Banglung lawmaker Devendra Poudel which was bound to the incident site  has, returned to Pokhara owing to bad weather 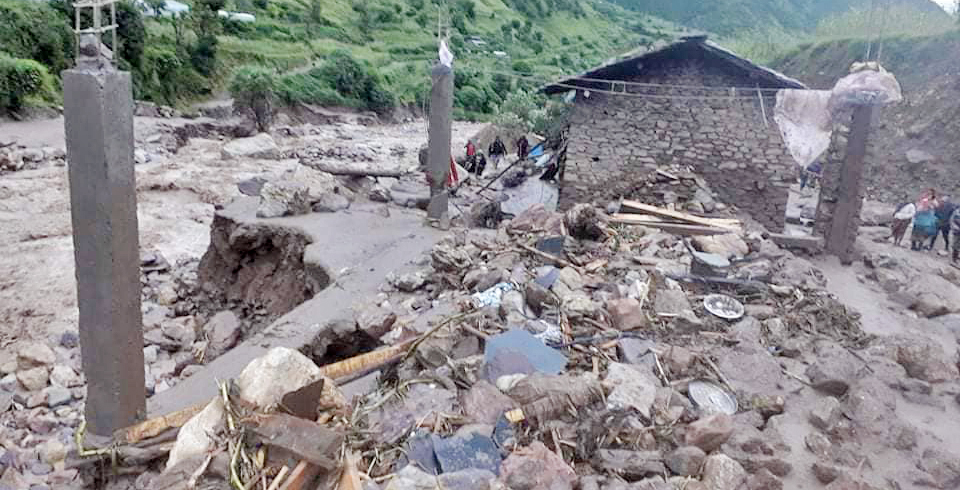 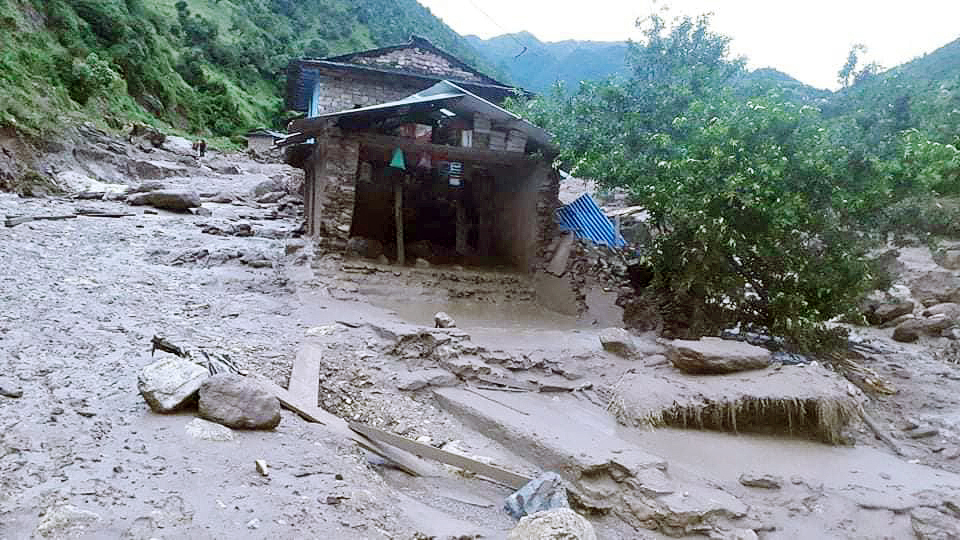 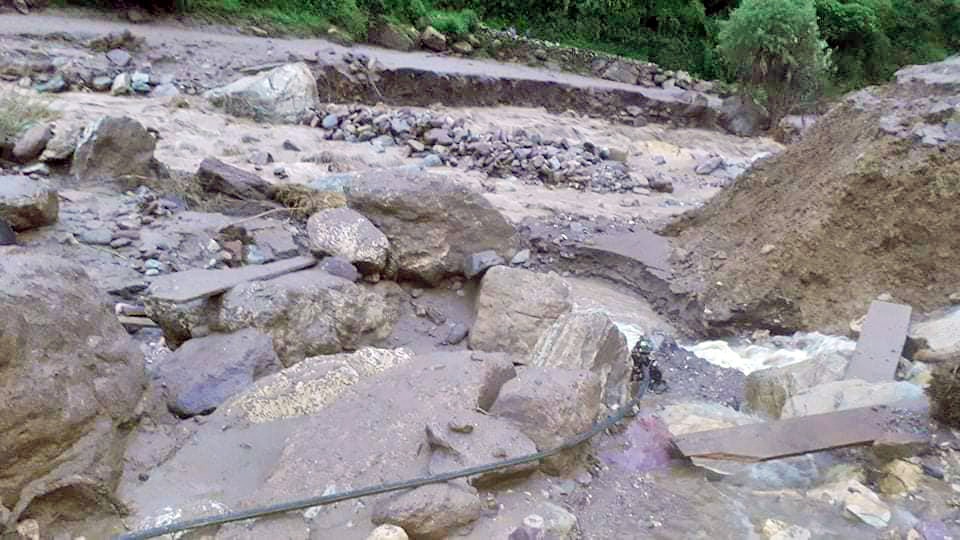 KATHMANDU, Sept 4: The identity of seven of the 14 bodies recovered following the flooding caused by the swollen Bhujikhola... Read More...