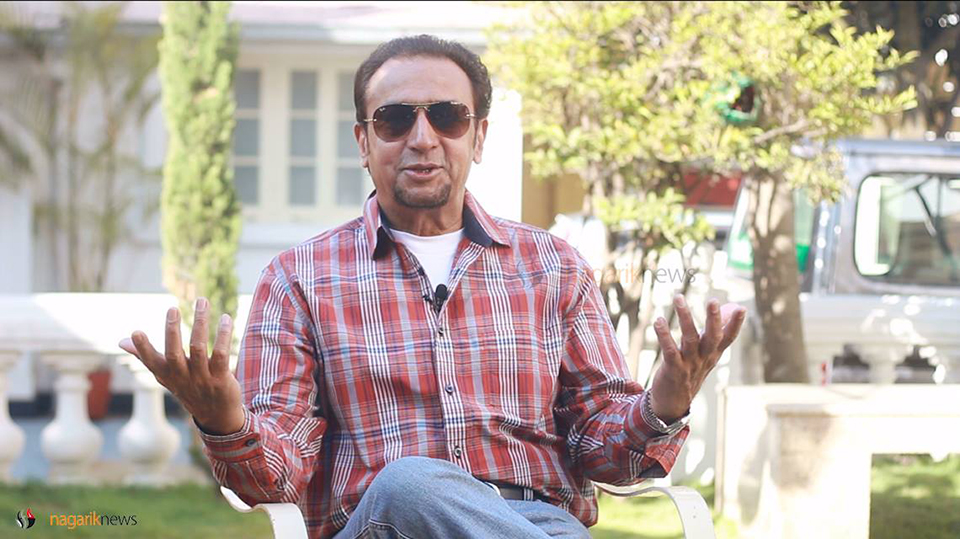 KATHMANDU, Nov 21: Bollywood actor Gulshan Grover is in Nepal for shooting of international film ‘The Man from Kathmandu’. Though having decency in real life, he is popular by his villainous role in almost all Bollywood movies.

“From the starting of my career, viewers liked my performance in negative role, which continues to date as well. They have liked my role as ‘Bad Man’,” he says. He, comparatively, feels that to be a villain is more challenging than to be a hero. “A good actor can become a bad man. Only good looks and average performance is enough for a hero.”

Popular villains in Bollywood Amzad Khan, Amrish Puri, Danny Denzongpa, Kiran Kumar, Rama Shetty and Sher Khan are fine artists, according to him. “It is really important to be high-qualified performer rather than having good looks”, Grover highlights importance of villains and adds,” I am one of the lucky villains getting opportunity to act as husband or boyfriends of talented actresses”, giving examples of Manisha Koirala, Katrina Kaif, Bipasha Basu and Diana Hayden.

He says a good artist should focus on good performance, whether it would be hero or villain. “I never wished to be a hero. I focus on good acting and try to establish several aspects of acting as a villain.”

Grover, who is currently in Kathmandu, seems trying to make conversation in Nepali. Surrounded by well-wishers, he urges them to take a snap with him in Nepali.

He was in Nepal for the first time to attend the marriage of Manisha Koirala. Being acquainted with Nepali culture, tradition and language, Grover regrets not having enough time to visit Nepal.

For him, the house of Manisha Koirala in Mumbai is Nepal and adds, “Her house in Mumbai reflects Nepali culture, foods and traditions and encourages us to know more about Nepal.” Because of time constraint, he could only visit Pashupatinath.

Various artists and technicians from Nepal, India, US and Pakistan are actively associated with ‘The Man from Kathmandu’ and the film is produced by Nakim Uddin under banner of Tree City. Different natural and cultural sites have been chosen as major location for the shooting.

Grover, Jose Manuel, Nir Shah, Hamid Sheikh, Aana Sharma and Karma among others are in the leading roles in the movie directed by American director Pema Dhendup. He was seen in Pema’s movie ‘We are no Monks’ also.

The movie is being made in English and is being shot in different location of Nepal and Hollywood.

“I liked the script of the movie. The movie is based on a youth and his journey from America to Nepal”, informed Grover. Grover has played in almost 400 hundred movies.

‘I am Kalam’, ‘I am not a Terrorist’, ‘Agent Vinod’, ‘Ek Khiladi Ek Haseena’ and ‘Hera Pheri’ among others are hit movies of Grover.