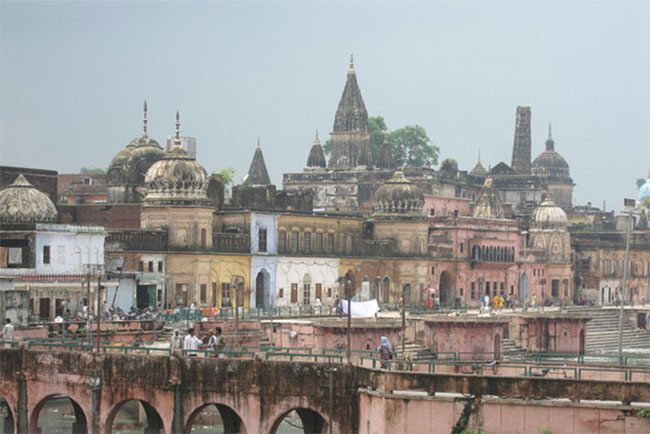 LUCKNOW, Jan 10: The Ayodhya case in the Supreme Court was adjourned again today after the exit of one of the five judges in the constitution bench. Justice UU Lalit recused himself saying he had been a lawyer in a related case.

The Supreme Court will take up the temple-mosque case on January 29. The bench led by Chief Justice Ranjan Gogoi will then decide on a schedule and the frequency of hearings in the case. The other judges on the Constitution Bench are Justice SA Bobde, Justice NV Ramana and Justice DY Chandrachud.

The decision on the title suit, pending for six decades and at the heart of India's most politically divisive row, comes amid demands to speed up the plan to build a Ram temple at the site where the 16th-century Babri mosque stood before it was razed by Hindu right wing activists in 1992.

Members of the ruling BJP, some of its allies and right-wing groups want a special executive order or ordinance to enable the start of construction before the general elections are announced. Last year, the Supreme Court refused an early hearing in the case. If the Supreme Court, however, decides today on daily or frequent hearings in the case, it will be seen as a shot in the arm for those demanding a resolution to the issue before the Lok Sabha polls.

For the BJP, early hearing in the case would mean good news politically. In the last two years that the party has been in power in Uttar Pradesh, Chief Minister Yogi Adityanath, a Hindu priest as well, has made Ayodhya a showcase when it comes to development and tourism projects. Part of the plan is to build a massive Ram statue in the temple town that will be the world's tallest. The BJP hopes these moves will attract votes in the general elections, especially from those among the majority Hindus who believe that a Ram temple should be constructed in Ayodhya at the earliest.

In an interview to news agency ANI at the start of the year, Prime Minister Narendra Modi made it clear that any decision on passing an executive order on the Ram temple issue cannot be made unless the judicial process is over.

"Let the judicial process be over. After the judicial process is over, whatever will be our responsibility as the government, we are ready to make all efforts... We have said in our BJP manifesto that a solution would be found to this issue under the ambit of the Constitution," PM Modi had said.

Muslim stakeholders in the case say an early resolution is what they want too. "We welcome the five-judge bench constituted by Supreme Court. Every citizen of the country is expecting the court to hear the matter for its final verdict. We expect this issue will be settled as soon as possible," said Khalid Rashid Firangi Mahali, a prominent Muslim cleric in Lucknow.

The dispute in Ayodhya is over 2.7 acres of land on which the Babri Masjid stood before it was demolished on December 6, 1992. In 2010, the Allahabad High Court allotted two-thirds of the land to the Hindus and one third to the Sunni Waqf Board. Both Hindu and Muslim organisations appealed against it in the Supreme Court, which in 2011, stayed the High Court order.

Seeking free education up to Grade 8, petition filed at SC

KATHMANDU, April 30: A writ petition was filed at the Supreme Court (SC) on Sunday, seeking free education up to... Read More...