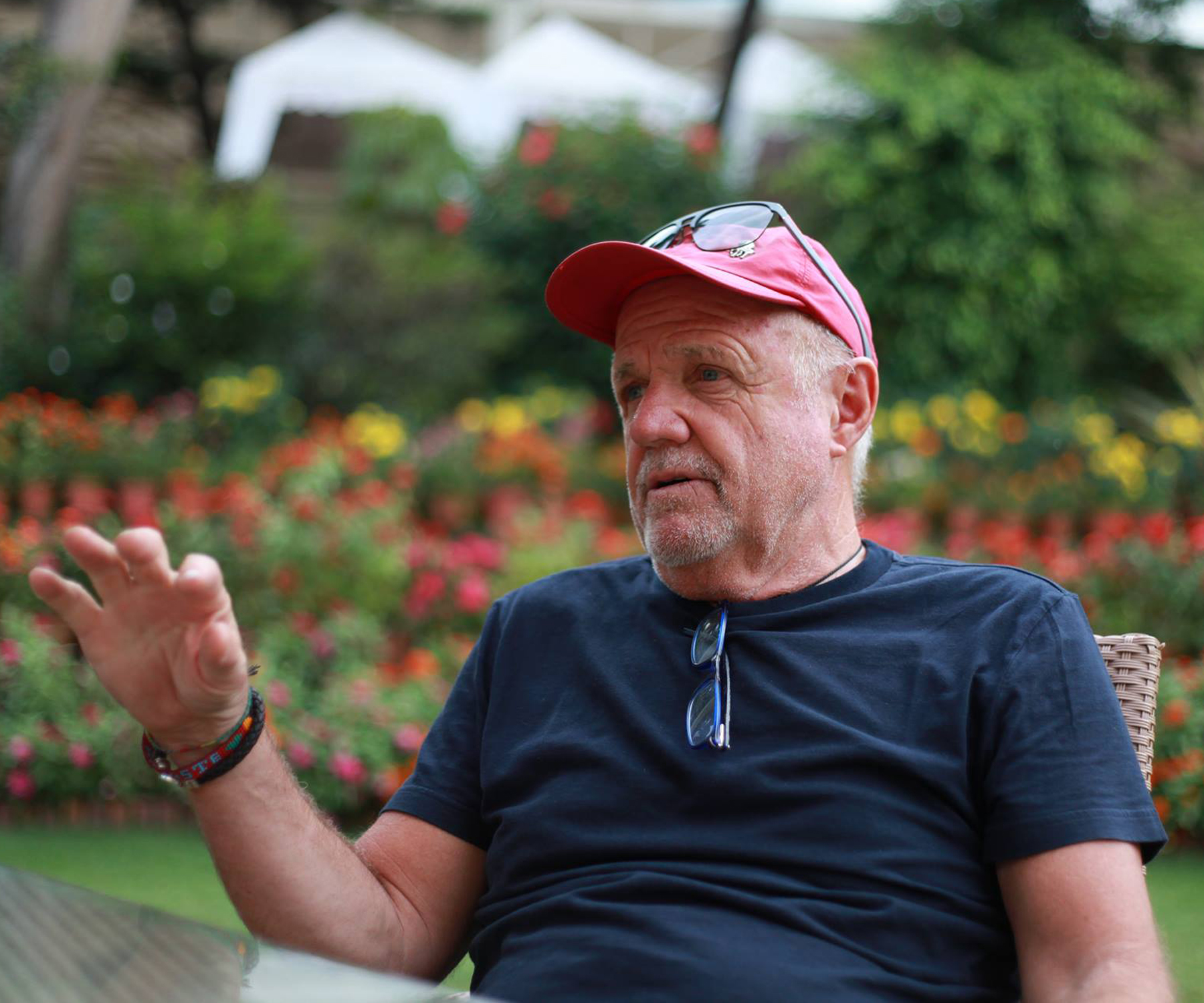 KATHMANDU, June 29: When Josef Einwaller came to Nepal for the first time in 1988 as a tourist, he was mesmerized by the natural beauty of this Himalayan nation situated at the lap of Mount Everest. Since then Josef has visited Nepal for more than 45 times which he says is his second home.

"Nepal is my second home," said Josef, a businessman from Austria, who loves mountain climbing and trekking and more of Nepal and the Nepalis.

During his long association with the Sherpas in his long mountaineering career, he was highly influenced by the Sherpa's life, their honesty and culture and gradually developed emotional attachment towards them.

But his heart aches when he sees life of rural Sherpas known as the 'people of snow' and who dedicate their lives to mountaineering but are still living in sorry condition. "Everest is a Sherpa mountain and it is just because of Sherpas, the tallest peak in the world is alive," Josef shared.

With the 2006 tragic Pumori incident, in which he lost his guide Thundu Sherpa in course of a mountaineering expedition, his aim of life took a slight turn. Since then he has been striving to do something that would help improve the livelihood of the people in Rolwaling area of Dolkaha, the hometown of his guide Thundu who fell from the peak Pumori in course of guiding him in the expedition.

"Rolwaling is like Nepal of 50 years ago with no power, mobile and internet facilities. It has been completely cut off from those facilities which seem as 'basic needs' of this century of information and communications," he said. So, he has a dream that at least this village, a complete Sherpa settlement, would have electricity, communication and health facilities.

Chasing his dream, Josef managed Rs.2.5 million through crowdfunding at his home with the help of his team to construct a four-room hospital in Rolwaling, the ever first medical facility in the village, which is likely to come into operation from coming October. Moreover, he wishes to highlight the Tapsa Lachhi Pass leading to the Everest region. He has a plan of opening hotels and restaurants on this route which, in his views, helps to promote the entire life of Rolwaling.

Besides, Josef is also financially supporting the family of Thundu since his tragic demise.

According to Thundu’s brother Phurba Tenjing Sherpa, the tenth time summiteer of the Mount Everest, many tourists come to Nepal and leave without a trace. But there are a few like Josef who love Nepal and Nepalis from heart. Josef and Phurba scaled the tallest peak together in 2012. Josef, 64, is the oldest climber from Austria to do so.

Josef was in the capital when the 'Gorkha earthquake' struck the country on April 25 killing over 8,000 people and injuring more than 21,000. Full of love for Nepal and Nepalis, he could not stay silent in those hours of grief. He reached to the survivors of the disaster in Gorkha and Nuwakot with cash assistance and other materials support including clothes, foodstuffs and medicines. He and his team are continuously working to support the quake survivors in Nepal, rebuilding the damaged roads, health posts, and community and school buildings.

Josef has already provided assistance to construct a 'Child Development Center' in Nuwakot and temporary buildings for Nigale-based Brhameshwori Lower Secondary School and the Sundarikanya Primary School at Dobhan village. He is now in Nepal in his mission to help out the disaster survivors and the Rolwaling folks. Dolakha is one among the 14 worst affected districts due to the Gorkha earthquake.

As he has to shorten his trip due to personal reasons, Josef who arrived here on Monday is returning tomorrow. But he will be coming back very soon as he takes Nepal as his second home and Nepalis as members of his family, he shared. RSS