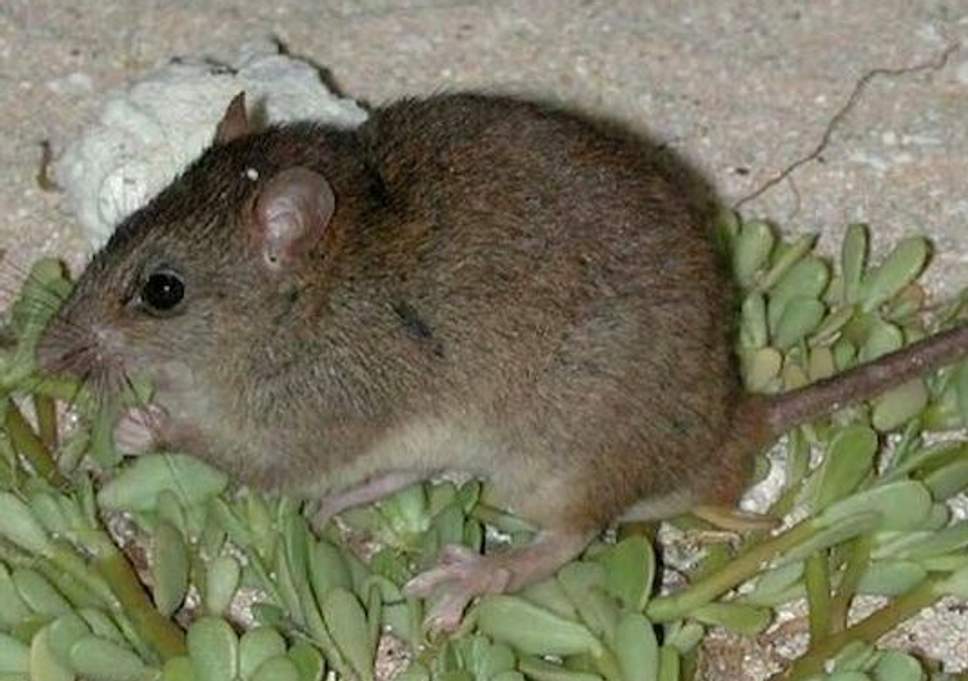 An Australian rodent is believed to be the first mammal to have been made extinct by man-made climate change.

The Bramble Cay melomys, which has only ever been recorded living on a small island off north Queensland, resembles a small brown rat and has not been sighted since 2009, according to a story in The Independent.

The low-lying island in the Torres Strait, south of Papua New Guinea has been repeatedly flooded by the sea since the turn of the millennium, and this is believed to have destroyed the melomys’ habitat.

It has now been officially recognised by Australia as having been eradicated.

The recognition follows the same conclusion reached by the state of Queensland in 2016 in a report detailing failed efforts to find the rodent.

In 2014, researchers reported that a survey effort involving “900 small mammal trap-nights, 60 camera trap-nights and two hours of active daytime searches produced no records of the species”.

The state government report said: “The key factor responsible for the extirpation of this population was almost certainly ocean inundation of the low-lying cay, very likely on multiple occasions, during the last decade, causing dramatic habitat loss and perhaps also direct mortality of individuals.”

The report blamed man-made climate change for the increased flooding of the island.

The authors said: “Available information about sea-level rise and the increased frequency and intensity of weather events producing extreme high water levels and damaging storm surges in the Torres Strait region over this period point to human-induced climate change being the root cause of the loss of the Bramble Cay melomys.”

One glimmer of hope remains for the species. Scientists have hypothesised the Fly River delta of Papua New Guinea could be a possible source of the original melomys population, and it is thought pockets of the species, or a closely related species may survive there, however the region’s small mammalian species have not been closely studied.

Australia has one of the world’s very highest rates of animal extinction according to the International Union for the Conservation of Nature (IUCN), and is home to large numbers of some of the world’s most endangered species.

The IUCN lists 40 Australian species as extinct, 106 critically endangered, 196 endangered and 590 as vulnerable.

The current government has asserted its focus is on cheap power generation ahead of action to address climate change.

The country’s Climate and Health Alliance said last year the Australian government was still projecting an increase in carbon emissions to 2030.

SYDNEY, Feb 9: Two Australian divers who helped save 12 Thai boys and their football coach from a flooded cave... Read More...