Australia will just have to accept ball-tampering taunts in England 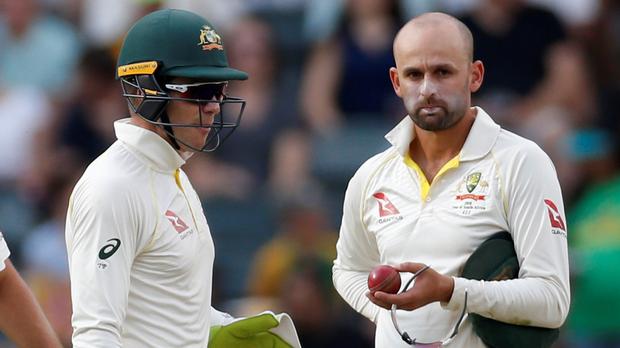 MELBOURNE - Australia's cricketers will just have to bear English taunts over the ball-tampering affair on tour next month for the one-day international series, spinner Nathan Lyon has said.

Australia will bring a new-look squad led by test captain Tim Paine for the five-match series, with former skipper Steve Smith and vice-captain David Warner suspended for their parts in the scandal in South Africa.

Offspinner Lyon, who was recalled to the ODI squad for the first time since 2016, said he expected England fans to take full advantage of recent events.

"I've never played in England where they haven't given it to us," Lyon told reporters on Tuesday. "There's no point taking some tissues out with us, we've just got to stand out there and cop it."

The series will be Australia's first since the ill-fated tour of South Africa, where the scandal-plagued visitors slumped to a 3-1 loss.

The tampering case resulted in year-long bans to Smith and Warner, with batsman Cameron Bancroft suspended for nine months. Head coach Darren Lehmann, who was cleared of wrongdoing, resigned and was replaced last week by Justin Langer.

The damage to Australia's reputation was far-reaching, with local fans disgusted and a major sponsor abruptly ending its support of the team.

Cricket Australia has launched reviews into the players' behaviour and its own operations, and Lyon said he hoped the England tour could be a fresh start.

Lyon has been picked to test England's left-handed batsmen on their home pitches in a warmup for next year's World Cup in the same country.

"It's well documented that I want to play in all three formats for Australia, that's my goal," said Lyon, who has played most of his international cricket in tests.

"To get this opportunity and be included in the squad and to head over to England, where the World Cup is is being played that's going to be a massive advantage."

LONDON, July 30: England are still basking in the glow of an epic World Cup triumph but if anything can... Read More...

Why COVID outbreaks look set to worsen this winter
11 hours ago
NC demands govt rescue the students who were attacked in Dehradun, India
3 hours ago

No one should die in search of hospitals, says lawmaker Lingden
1 hour ago