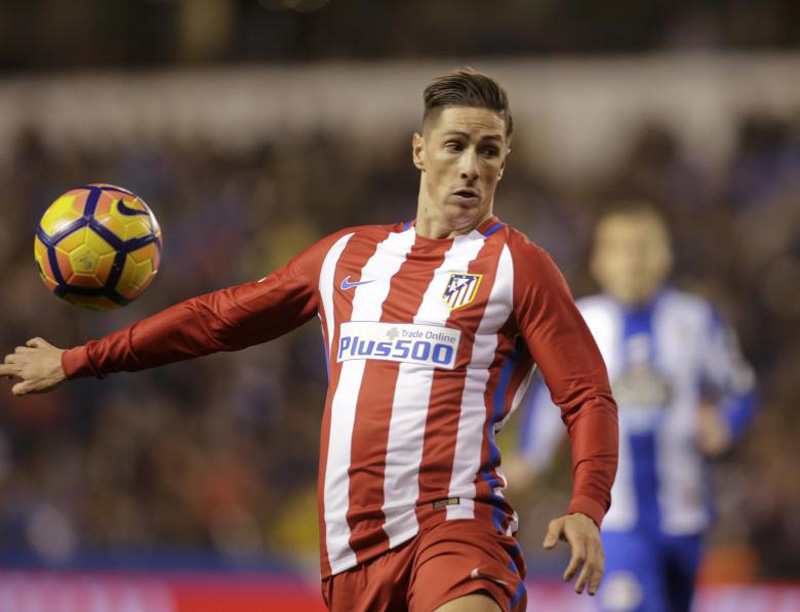 Fernando Torres's head injury shocked his Atletico Madrid team mates as the striker had to be carried off on a stretcher towards the end of Thursday's 1-1 draw at Deportivo La Coruna.

A statement from Atletico said the 32-year-old Torres had suffered head trauma and would spend the night under medical observation in a hospital in Coruna after he crashed head first into the ground following an aerial challenge.

"We felt nervous and worried after the awful blow he received. I heard a noise from the bench, I don't know if it was his neck but he felt something, these are awful things that happen in football," Simeone told a news conference.

"We are hoping for the best for Fernando, it was a complicated situation for the Deportivo and Atletico players."

Torres had come on in the second half against Deportivo to mark his 100th appearance for Atletico since returning to his boyhood club in January 2015 and the sight of him on the ground unconscious stunned the Riazor stadium into silence.

Torres is adored by Atletico fans for his devotion to the club he supported as a child and is also cherished all over the country for scoring the winning goal for Spain in the 2008 European Championship final against Germany.

"It was very ugly to see and is not something we're used to seeing so we were shocked," said Atletico defender Filipe Luis.

"The most important thing is that he is able to recover (fully). Torres is not just someone who means a lot to the club and the squad, he is one of the best people I know."

Antoine Griezmann added: "The dressing room was silent, no one wanted to talk, everyone has their heads down because of what happened (to Torres), no one was talking about the result."

Griezmann equalised for Atletico in the 68th minute after Florin Andone had given struggling Deportivo a surprise lead in the 13th.

The video of that nasty collision: