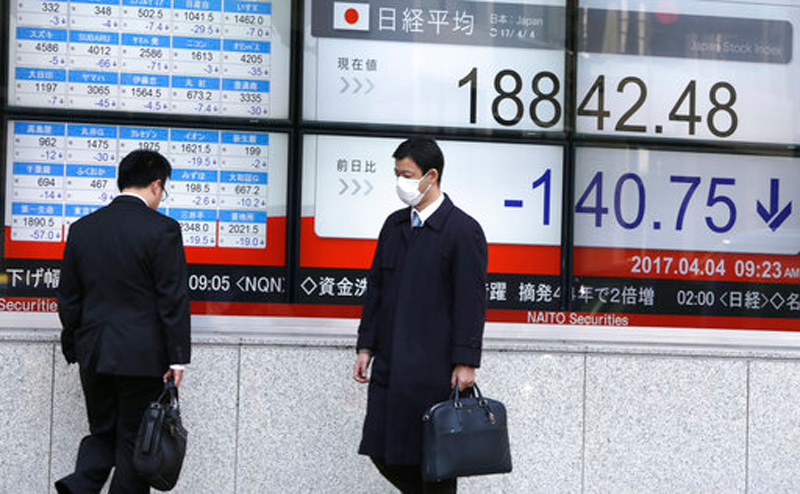 TOKYO (AP) — Asian stocks were mostly lower Thursday, as the region nervously watched for market-moving news from the first meeting between the U.S. and Chinese leaders.

US-CHINA: Investors were closely watching the meeting in Florida between President Donald Trump and Chinese leader Xi Jinping, the first between the leaders. Trump has said he plans to deliver an ultimatum to Xi to rein in North Korea.

THE QUOTE: "Today, the markets will be watching the first meeting between the US and Chinese leaders in Florida, or what people have called the 'Xi-Trump summit.' This meeting is probably the most important US-China summits in decades, and it will have significant impact on global trade and security," said Margaret Yang Yan, analyst at CMC Markets Singapore. "Some key topics include trade, currencies and the issues with North Korea."

FED FACTOR: Market sentiments were also dampened by the U.S. Federal Reserve's minutes from its policy meeting last month. The minutes, disclosed overnight, showed Fed officials discussing plans to reduce the Fed's bond holdings later this year and disagreeing over whether it would be safe to let inflation rise faster.

Lalitpur DAO suspends all but essential services
2 hours ago
Residents can install EVs charging units for their personal use: NEA
47 minutes ago