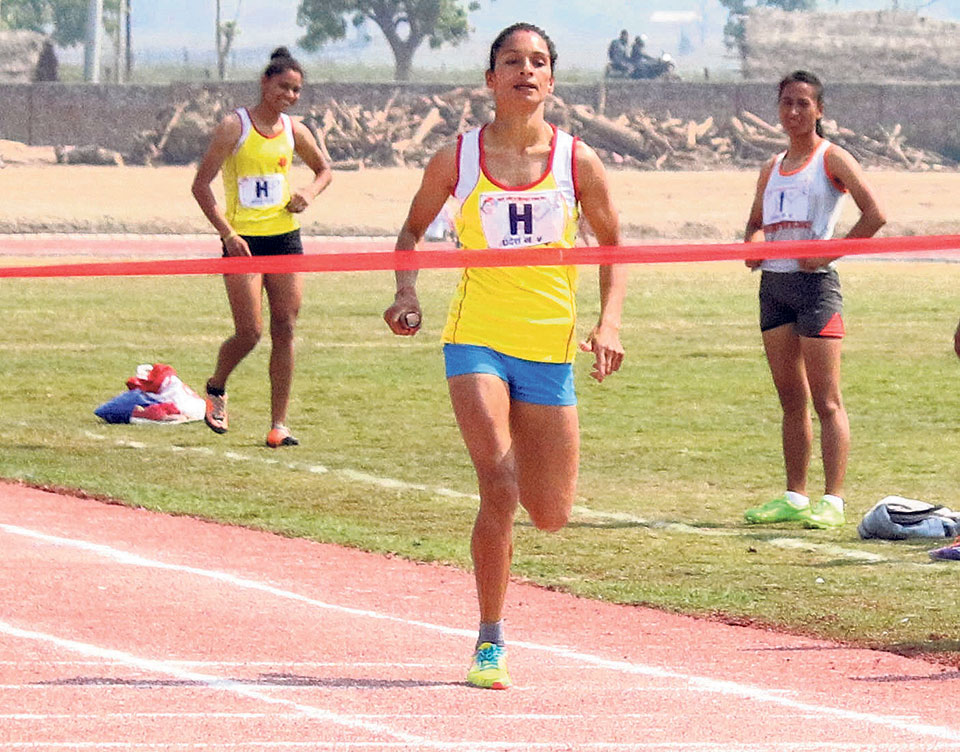 Saraswoti Bhattarai of Tribhuvan Army Club competes in 400 meter relay race during the Eighth National Games in Dang on Sunday.

At the Beljhundi Stadium in Beljhundi, Army’s women’s team set national record in 4 × 400 meters relay race, while Shrestha set the record in 5,000 meters race and won the gold.

The record-setting player was rewarded with Rs 25,000 each, while the gold medal winners received Rs 15,000 each. The National Sports Council (NSC) announced that record-setting teams will get Rs 7,500 each.

NEPALGUNJ, April 22: Nepalgunj’s swimming pool complex has failed to meet the international standard even after its supposed completion during... Read More...