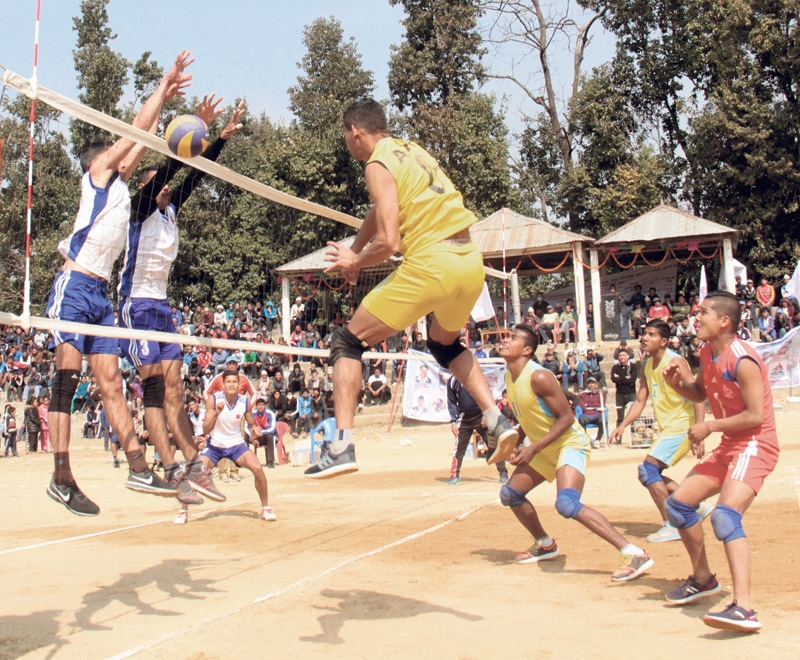 KATHMANDU, Feb 18: The title decider of the Second Pathibhara National Open Men's Volleyball Tournament will be a a departmental derby after Tribhuvan Army Club and Nepal Police Club are tied with equal points in the round robin format tournament with the only remaining fixture of the tournament be played between the two clubs.

In the match being held in Taplejung, departmental teams were tied on equal nine points remaining unbeaten and they are scheduled to vie in the late match of the tournament on Saturday which will turn as the title decider.

Army, Police to vie for title in rematch

Rupandehi, Army to vie for title

KATHMANDU, May 26: Rupandehi XI and the departmental team Tribhuvan Army Club has advanced into the final of the ongoing Karnali... Read More...

BUTWAL, March 2: Tribhuvan Army Club is set to take on CMG Club Sankata in the summit clash of the ongoing... Read More...