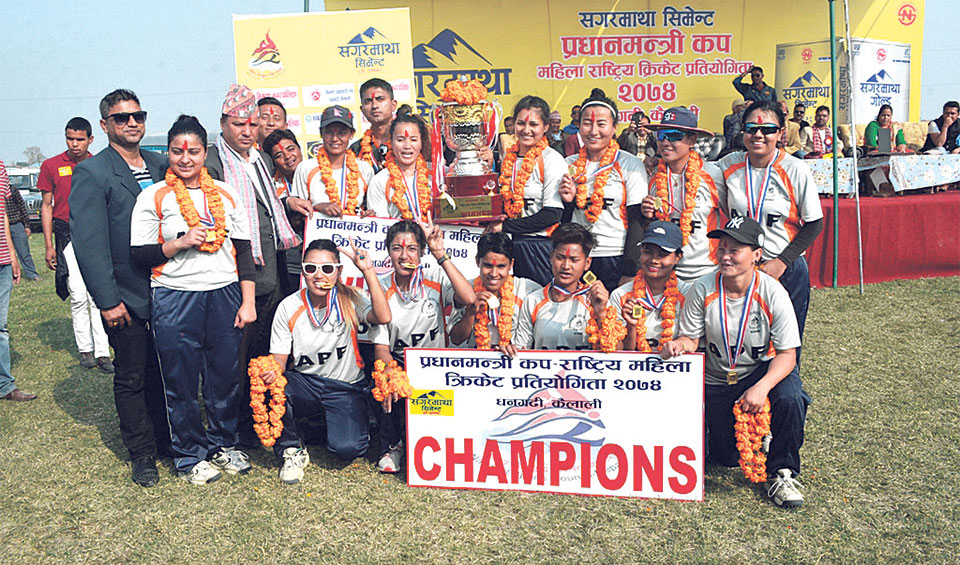 Players of Armed Police Force pose with the trophy after winning the Prime Minister Cup Women’s Cricket Tournament at the Fapla Cricket Ground in Dhangadhi on Sunday. Photo Courtesy: NSJF

Eastern, who lost the toss and was made to bat first, made only 60 runs in the allotted 20 overs for the loss of five wickets. Kajol Shrestha scored the highest 18 runs for Eastern, while Roma Thapa contributed 12 runs. All other players failed to take their individual run tally to double digits. APF’s Rekha Rawal, Karuna Bhandari, Ruti Kanaujiya, Anjali Chand, and Sita Rana Magar claimed a wicket each.

In reply, APF chased the minimal target in just 16.3 overs for the loss of three wickets. Jyoti Pandey scored 22 runs, while Sarita Magar added 15 runs for the winning team. Eastern’s Shanti Chaudhary and Sangeeta Rai picked up a wicket each.