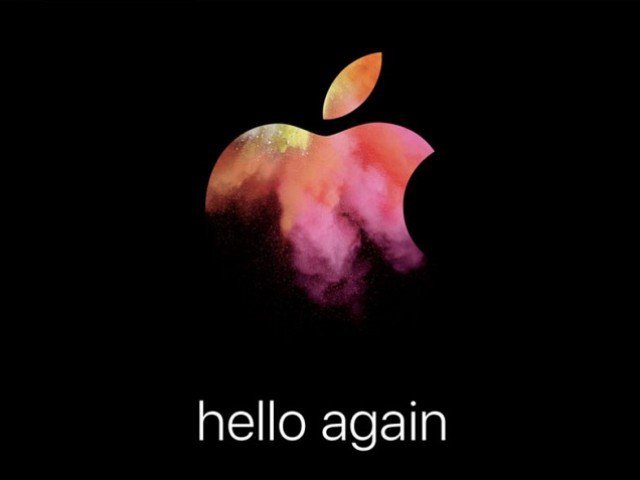 It’s time for the venerated MacBook Pro line-up to get some fresh blood, and this evening’s simple “Hello again” from Apple means we won’t have to wait long.

Apple has sent out the friendly invites asking the media to join Tim Cook and his team on Thursday, October 27th at the Apple Campus in Cupertino. It is expected that a new line-up of MacBook Pro machines will be announced, and there is a strong chance that the MacBook and MacBook Air line-ups will also be refreshed.

The current MacBook pro is over a year old and is powered by a processor that’s now two generations old.

The new line could feature an OLED bar over the usual keyboard with a dynamic display that changes markings depending on the application in use. Rumours suggest that along with a dynamic keyboard, the removal of USB ports and the headphone jack is expected. A significant upgrade to the graphics card is also in the offering along with the addition of a USB-C port.

The event could include a new iMac desktop, MacBook Air, along with a new standalone 5K monitor, according to Bloomberg.

For now, we will have to wait a bit longer to confirm what plans Apple have in store for us. But don’t worry, October 27th is just around the corner.

Twitter to launch app on Apple TV, others to stream NFL

RPP contested local elections on its own strength: Chairperson Lingden
12 hours ago