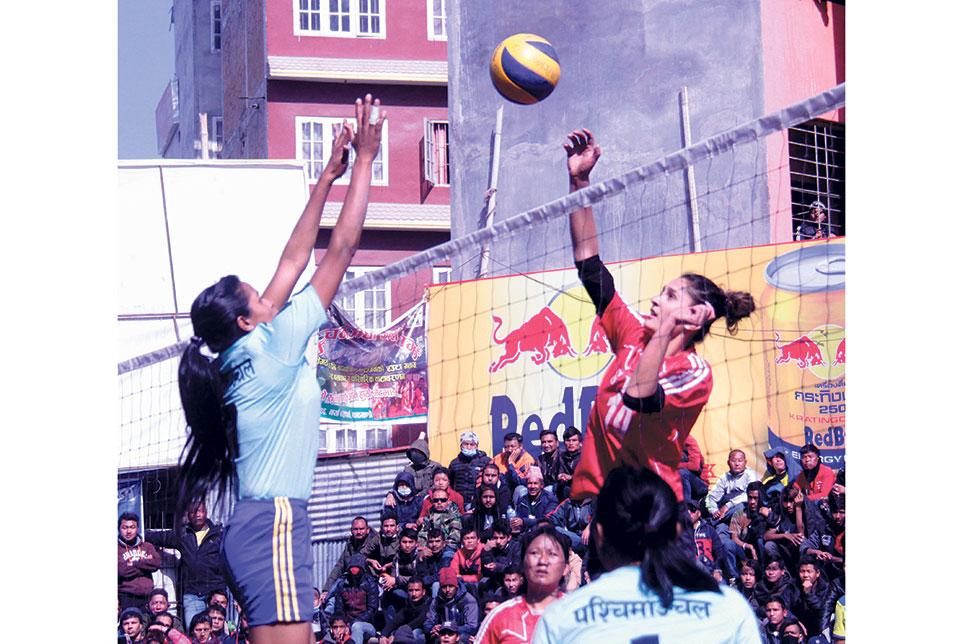 Players of Samakhusi English Boarding (SEB) School (right) and Western Region in action during a match of the Dhorpatan Double League Volleyball Tournament in Kathmandu on Thursday. Photo Courtesy: NSC

With the wins, the defending champion APF has climbed up to the top of the table with 15 points from five games.

Police, winning two consecutive games, has climbed up to the second place. With the wins, Police has 12 points from four games.

It beat Thaha Municipality of Makawanpur on straight sets of 25-8, 25-14, 25-18 in its first match, while it defeated the other departmental team Tribhuvan Army Club on straight sets of 25-16, 25-23, 26-24 ending Army’s winning run and pushing the team down to the third place. Army has 12 points from five matches.