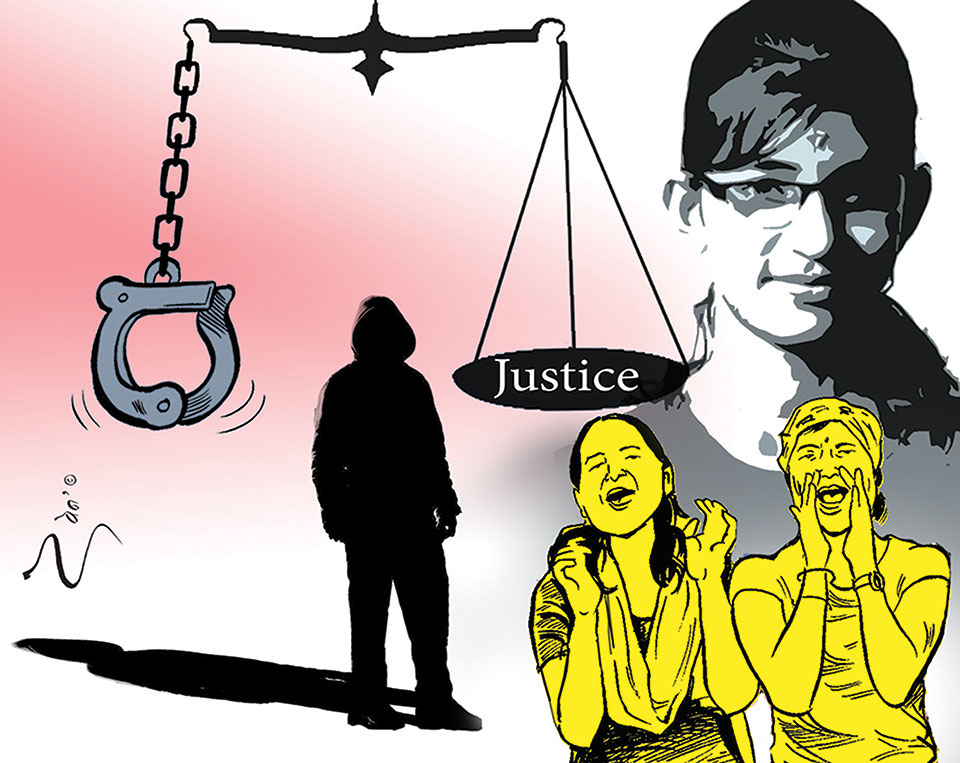 KATHMANDU, Jan 2:  Former Nepal Police chief Sarbendra Khanal traveled to Kanchanpur a number of times in connection with the Nirmala Panta rape and murder case. Sources claimed that the visits were mainly aimed at resolving the mystery surrounding the case and booking a local Dilip Singh Bista, whom police officials investigating the case believed is the man behind the crime that drew headlines in both national and international media and put the government in trouble for long.

IGP Khanal also worked closely with DSP Angur GC till his last days in office, although GC along with seven other police personnel was then facing charges of negligence and destroying evidence of rape and subsequent murder of the teenager, whose dead body was found in a sugarcane field on 27 July 2018. After seeing many twists and turns in the course of investigation, IGP Khanal was finally convinced that Bista was the culprit - something DSP GC had claimed right from the beginning - in the crime that put their professional integrity at stake. But two of several visits made by the then IGP Khanal with the sole objective to arrest the prime suspect Bista failed due to reasons not known to many.

When the top leader of the police organization himself and many of the finest investigating officers within the organization are so sure about the guilty, what has stopped them from arresting him right away? And, why has the case remained unresolved even as two other IGPs have succeeded him [Khanal]? These are indeed million-dollar questions regarding arguably the most highlighted case in Nepal’s recent crime history.

"All think this is up to the police. But if you look at the criminal justice system, police have a limited role to play. And this is where we feel helpless. The government attorney in the district was not cooperative. And perhaps because the attorney was not cooperative enough, our local police there did not show the courage. Or else, justice would have been delivered by now," said one of the police officers involved in the investigation of the case. "It is true that serious attempts were made to nab him [Bista]. IGP (Khanal) himself had visited Kanchanpur for the same purpose."

On Wednesday, the cabinet decided to reinstate the then Chief of Kanchanpur District Police Office Dilliraj Bista and Police Inspector Jagdish Bhatta, who were dismissed from their jobs on the charge of showing utter negligence in the course of the preliminary investigation after the court provided them a clean chit. Six others, who faced the same charges including GC, resumed their offices in October.

The government as well as the police organization was apparently shaken up when massive campaigns were launched across the country to ensure justice for the 13-year old Panta. People spontaneously took to the streets as they naively believed that the accused police personnel indeed tampered with evidence and some VIP could be behind the crime. Dozens of youtube channels and other media simply spread disinformation disseminated by 'Manaskhanda', an online news portal run by a local journalist Khem Bhandari, resulting in a kind of media trial against Bam sisters (Roshani and Babita Bam), Dilliraj's son Ayush and others. The information Bhandari disseminated through his online portal was largely misleading (it later turned out that he had ego issues with the police chief Dilliraj for a long time as seen in his Facebook updates and confirmed by locals familiar with their conflicts).

Journalist Bhandari, who now faces over a dozen charges in connection with the same case and has already been sentenced by the court, has however hardly stopped defaming Nirmala's mother and others who have pointed to Dilip Bista as the culprit behind this incident. Dilip Bista is learned to be Bhandari's relative

"If I had not raised my voice, police would have framed an innocent person," Bhandari claims it quite frequently and this initially helped him earn many supporters at the local level. But police had released Bista (he was held as the prime suspect soon after the incident) just because his DNA did not match the sample. 'This DNA factor had actually derailed the entire course of investigation'. After releasing Bista, police started looking for other suspects and tested their DNAs but they all, too, were released later as the DNA test failed the police every time. This continued for several months.

"Earlier, many people in Kanchanpur believed that Bhandari could be right and Bista indeed was innocent. But the fog disappeared over time. Locals say Dilip is a psychopath and his behavior is disgusting, particularly toward girls or women and many know this in Kanchanpur now. We were defending such a person at the beginning," said a local social activist Maya Negi, who has been a supporting pillar for the bereaved mother Durga Devi since the incident took place. "Many factors including politics may have played a role behind Bhandari's uncooperative attitude toward the police. These forces wanted chaos or at least wanted to keep some agenda alive for the long term. No matter who comes here as the police chief or attorney, they cannot challenge Bhandari that easily," she noted.

According to police officers involved in the investigation of the case who requested anonymity, the case is not that complex anymore. In fact, it had already moved in a clear direction after two things were done -- the DNA examination was ruled out and the report by a probe committee led by the then DIG Dhiru Singh Basnet, who had endorsed the charges against the eight police officers, was scrapped. "Those were two bold moves taken by the then police leadership to correct the course of the investigation. We were optimistic that the case would be resolved soon. But he retired and then the other police chiefs who succeeded him did not give this case a priority. And then came the COVID-19 pandemic," said an officer.

He further stated that a high-level probe committee formed by the government under leadership of the then Joint Secretary of the Ministry of Home Affairs Hari Mainali to investigate the case had actually recommended actions against dozens of police personnel. But IGP Khanal resisted the instruction and only a few officers responsible for fabricating the investigation by placing a pocket of the shirt belonging to Dilip Bista were suspended. "Had the pocket issue not come his way, IG would have handled it far much boldly," he said. "And then he opened the door for justice for all by dismissing the two probe committees' reports and forming another probe committee led by DIG Suraj KC, otherwise too many would be fired then and this course would never be corrected,"he added.

When asked about the progress in last June, Khanal's successor IGP Thakur Gyawali had told Republica that the coronavirus pandemic did not let them focus on the issue. He, however, said that investigation was underway and a special force of the Central Bureau of Investigation is also involved in the case along with the local police. The current IGP Sailesh Thapa said while assuming office in July last year that Panta's case was one of his topmost priorities.

But five months since IGP Thapa assumed office the case seems headed nowhere. While Kanchanpur police chief Shahakul Thapa said that there hasn't been a big achievement in the case, Negi terms it as an apathy shown by the local police. She also gives a thumbs-down to the district attorney for ignoring the case.

Nirmala's mother, who had filed a case against Dilip Bista after watching him confessing to the crime in videos and observing his behavior, wonders if justice is even taken seriously in Nepal. "Initially I was also confused. I was told many things that turned out to be rather false. But even after such a long time after I filed a case against him [Dilip Bista] why hasn't he been booked yet?" she questions. "If he is not the culprit, the state must bring me the real one. Why is everyone quiet now?" 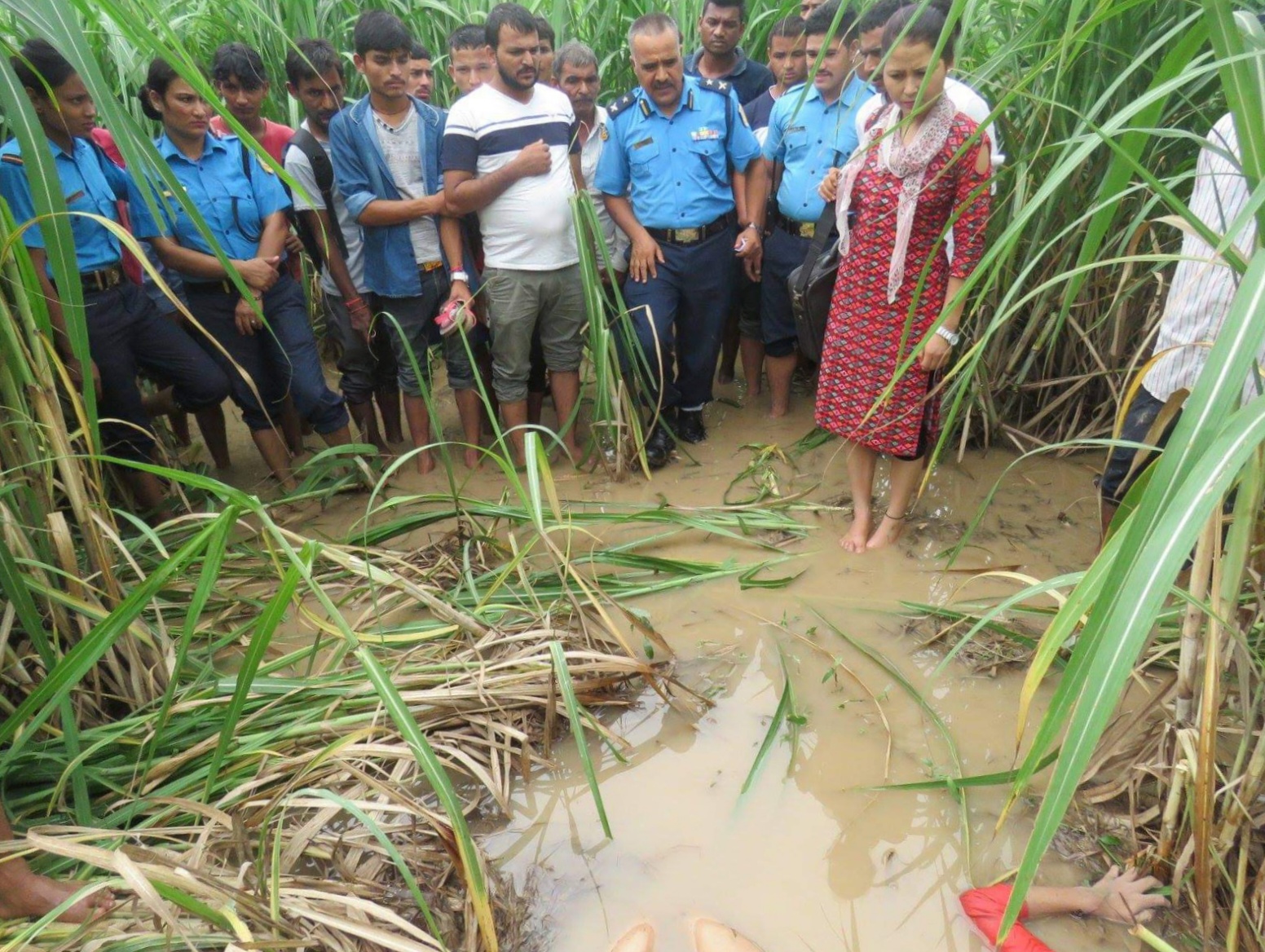 DHANGADI, Jan 10: After questions being raised repeatedly on the authenticity of the vaginal swab collected from rape and murder victim... Read More...

KANCHANPUR, Nov 17: The DNA samples of four more suspects do not matched the sample taken from 13-year-old rape and... Read More...