An artist on the rise

Sarana Shrestha is a 20-year-old artist based in Kathmandu. Unlike many artists who seem to have a knack for drawing and colors, she started to draw only about three years ago, when she took a gap year after her 10th grade. But if one were to look at her portraits and other artworks, it would be difficult to believe that she’s fairly new to this craft.

When Shrestha came across works of other artists via Instagram, she realized she wanted to dabble in the world of arts herself.

“Prior to that I’d never really been interested in drawing,” she says. She started out with a simple pen and paper and gradually shifted from graphite to acrylic to digital art. As of now, digital art is what she feels the most comfortable doing. 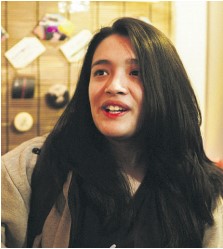 On her Instagram page (@saranashrestha) you can see recent posts which are digital portraits of popular K-pop groups like Black Pink, Red Velvet, EXO etc. “When I was on my gap year, a lot of my friends recommended listening to K-pop. After listening to a few songs, I was hooked. And it spilled onto my art as well,” she says.

Another major reason why she ended up drawing pictures of these K-pop idols is that she noticed a large community of K-pop fan art where people from all over the world drew portraits of their favorite K-pop stars. “I felt like I was in a big inclusive community where we celebrated something all of us were interested in,” she says.

However, Shrestha notes that she isn’t just limited to fan portraits when it comes to art. “I always draw things that I’m interested in at that moment and it’s never just limited to one particular style,” she adds. And so, nowadays, she feels drawn towards traditional Nepali cultures and prefers drawing portraits of deities like the Kumari, Annapurna Goddess, and Bhairav.

Moreover, Shrestha is also influenced by other artists she sees online. “I like to analyze their artwork and learn from their techniques to create something that’s uniquely my own,” she says adding that she doesn’t mind taking inspiration from other people’s works as long as the final product is something unique and has a twist of its own.

As she mostly makes portraits, she often takes the help of reference pictures for her work. “If I’m working on a portrait of someone living, I like to take reference to make sure I’m giving justice to their features and charms. If I’m creating a face of my own, however, I like to take different features from several references and fuse it together,” she says.

For Shrestha, art is something that she considers to be her downtime. A self-proclaimed homebody, even if she gets the idea for her next art from friends, for the execution, she needs her space. “Making art is something deeply personal for me,” she reveals.

Most of the time, an artist has his/her color palette ready according to what he/she wants his/her art piece to look like. But with Shrestha, things are a bit different. She likes to go with the flow, starting out with a primary color (usually red) and letting the artwork choose for itself. “Sometimes I end up with a completely different set of colors but by not restricting the flow, I feel like I’m giving my art more fluidity,” she says.

Shrestha emphasizes that her artworks are something that is deeply personal. They not only reflect her interests at the time but also reveal her mood and emotions when she was working on it. And so, she isn’t too worried about making art that’s popular or can bring about a change.

“I think each and every individual perceives art in his/her own unique way and there’s no way one can make art that will speak to everyone. That’s why I want to stick to what I feel and I’m passionate about,” she says adding that, in the end, all she can do is hope people can relate to her in some way or the other.

Though for the first few years she pursued art purely as a hobby, today she feels so drawn to it that she’s willing to get into it on a professional level. That’s why currently Shrestha is planning to study art. “I feel like I’m still in the nascent stage when it comes to art. I want to experiment and constantly improve myself to make art that’s truly worthwhile,” she concludes.

Souls of my city- Art: more than passion

According to Dibesh Pradhan, a designer by profession, work is secondary to survival. ... Read More...