Parkour is the art of going from one point to another overcoming any obstacles on the way, without any equipment to assist you and in the fastest and most efficient way possible. Developed from military obstacle course training, parkour includes running, swinging, vaulting, jumping and rolling among other free movements. Needless to say, parkour is challenging and daunting.

But Dinesh Sunar, a self-taught parkour player, makes it all seem like a piece of cake. His moves are effortless and pleasant to watch. Sunar, who has successfully entered his name in the Guinness World Record three times, says he was inspired by the power moves of Hollywood celebrities like Jackie Chan, Bruce Lee, and Tony Jaa.

“I was a playful and overactive kid so I guess it was only natural for me to take up parkour,” he says adding that he never had a coach to guide him and that when he started out he didn’t even know there was a term for what he was doing. “I honed my skills by watching YouTube videos and practicing for hours on end,” he adds. A native of Khotang, a district in eastern Nepal, Sunar says he started with practicing in sandy areas to avoid injuries that are common in this kind of physical activity.

He is also a national gymnast and he says it was watching the Olympics that got him interested in gymnastics. However, like any other beginner, he started out with simple black flip, front flip and side flip and worked on improving his moves over time. Before making it as a national gymnast, after being discovered by the Armed Police Force, he also worked as a stuntman.

“As a stuntman, I had to work behind the scenes. Though it was risky, I never got much credit and the income was also meager,” he says adding that the challenges didn’t deter him from giving it all he had. He confesses he was determined to show his talent to the world. And Sunar, who bagged a gold medal in his first ever national gymnastic competition, has won several gold till date including in the recently held eighth national games.

But it is parkour that Sunar has his heart set on. His journey started in 2015 and though he has already been successful in breaking several world records in the field, Sunar feels he still has a long way to go. And thus he practices every chance he gets. He also wants to learn new moves and come up with different styles whenever he can.

“I enjoy watching videos of parkour players like Ryan Doyle, Erik Mukhametshin, and Jason Paul on YouTube and I actually used to practice moves by watching them and I still do that,” he says. His dedication to the field is the reason why Sunar is at the top of his game. When he made his first Guinness World Record, the president of the World Free Running Parkour Federation gave him a wild card entry in the USA Parkour Cup. That was in 2018 and out of the participants from 14 countries, he came in at the eighth position. It was during this tournament that he had the chance to complete level-two parkour training with an international coach and become the first Nepali to do so. 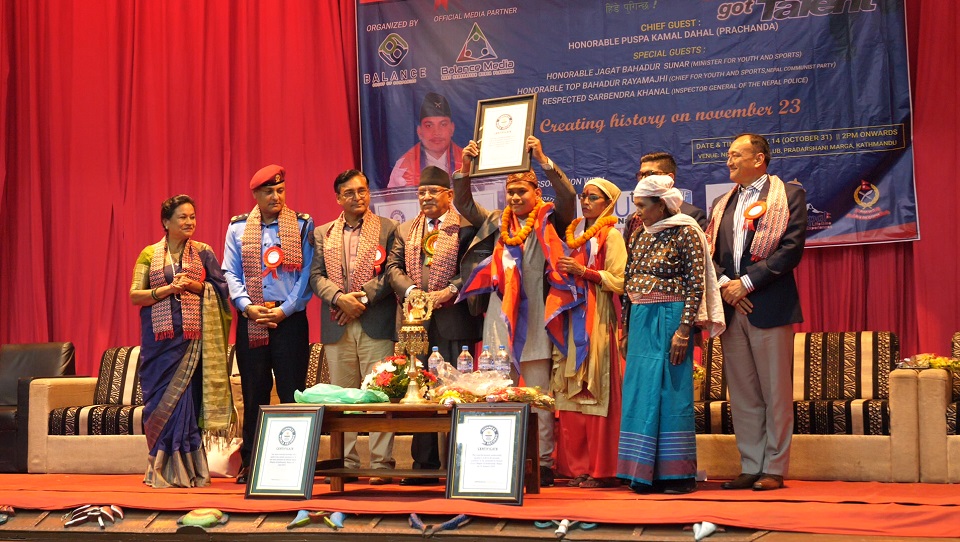 What’s more, Sunar will also be representing Nepal in America’s Got talent. He says he is elated at having gotten this opportunity and will try his best to set a new record for the highest number of burpees and backflips in one minute.

“I plan to go on stage wearing a daura suruwal. But apart from participating in America’s Got Talent, I will also be doing street parkour shows and promoting visit Nepal 2020 in New York,” he says.

Sunar says, in the future, he will also try his best to promote parkour in Nepal and has already taken the first step for that by establishing the Parkour and Extreme Sports Foundation. “It’s a non-profit organization that we recently started in 2019. Through it, I will be giving parkour training to anyone who is interested irrespective of age,” he says.

“Our government’s interest in sports isn’t that great but instead of complaining, I feel we should take the matters into our own hands and that’s what I’m doing,” he says.

Sunar also says that one doesn’t have to take up parkour professionally, but those who want to simply improve their fitness levels and stamina too can give it a try. And he actually encourages people of all ages to try it out.

“But my primary goal is to give a platform to those who have the potential to do well in this field so that one day Nepal can be known for its amazing parkour players,” he concludes.

The most twisting backflips off a wall in one minute, 18 times in 2017

Over 300 loan defaulters added to blacklist as fiscal year nears end
22 hours ago
‘Diplomatic note’ sent to India seeking action against dissemination of blasphemous material about Nepal, its political leadership
11 hours ago