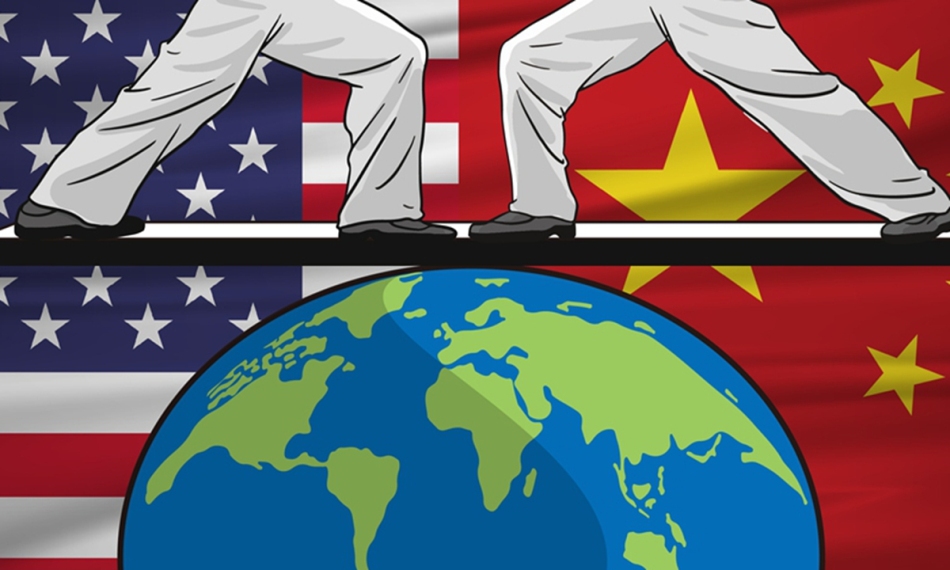 Without allowing China to become a regional power, the US cannot maintain its leadership position. The US should persuade China to be responsible for international peace and security.

After the end of the Cold War, the United States enjoyed an undisputed superpower status in the world, where its military remained the most powerful. In the so-called unipolar moment, America used hard power to address a range of global issues. The rise of China, however, has shifted the unipolar situation to great power competition. Although America will remain stronger than China for some foreseeable future, if not throughout the twenty-first century, its heavy reliance on military institutions might not yield a similar result as it used to be during the past three decades.

Besides, there has been worry about America’s frequent use of hard power might have caused more intimidation than finding solutions. A bipartisan Smart Power Commission at the Center for Strategic and International Studies, co-chaired by Richard Armitage and Joseph S Nye, concluded that “America’s image and influence had declined in recent years, and that the United States had to move from exporting fear to inspiring optimism and hope.”

The increasing role of non-state actors in the international system also requires the use of power smartly. On the other hand, as a rising power, China has been investing more in soft power resources to make its hard power look less intimidating—to avoid the ‘Thucydides Trap.’ Chinese use of geo-economics as a leverage to achieve geopolitical goals has been successful so far and is likely to remain useful in the future.

Discontented with the current balance of power, with the grievances of ‘hundred years of humiliation’ and cherishing the Middle Kingdom’s idea, China is trying to change the world order primarily by employing smart power and gray-zone strategy avoiding military confrontations. So far, China is undeterred by the US strategy of coercion and is developing its nuclear arsenal, space program, cyber warfare capabilities to compete with great powers. Most importantly, after scrapping the term limit of the Chinese presidency, President Xi Jinping has amassed power, signaling more assertive governance.

Americans believe that China’s unfair trade practices and violation of intellectual property rights have primarily threatened the United States’ prosperity and economic interests. They also see Chinese ambition to change the existing world order as a threat to American security interests. China controls information and data to expand its influence to degrade the US competitiveness over cyberspace full of uncertainties and unknowns. China would also compete with the US over ‘rule shaping’ and ‘human experiences,’ in addition to the competition over resources. However, the US is unlikely to prevail in the competitive areas if it does not convert its potential soft power prudently.

As a rising power, China challenges the United States’ current superpower position through its sustained economic growth, military modernization, and soft-power development. As an existing world power, with an ambition to retain its top spot, the US needs a grand strategy that is prudent and achievable. The smart use of hard and soft power will allow the US to re-balance the power and maintain international order keeping its leadership position.

Understandably, the US political aim will be to secure America’s prosperity, security, ideals, and global leadership position. This overarching aim will have to be achieved by cooperative engagements with China and accommodating its rise to a certain level through the liberal-realist approach. The art of the US grand strategy will be to limit China’s ambition to the regional level. For this, the US must give space to China as it deserves. A key to the successful implementation of this grand strategy will be to carefully use hard and soft power not to undercut each other.

The American economic interests will have to be achieved not by protectionism but through cooperation with China and other partners. In the meantime, the US will also have to pay attention to avoid an economic depression, which could be triggered by a crisis that disrupts global access to the Persian Gulf. Every effort will have to be made to reduce dependency on oil and promotion of clean and renewable energy.

Global leadership will have to be achieved by actively participating in the development and maintenance of international institutions and laws to organize global actions in dealing with trade, environment, nuclear proliferation, peacekeeping, human rights, international development, and other concerns. Without allowing China to become a regional power, the US cannot maintain its leadership position. Being the number one in the world, the US does not have to safeguard every nook and corner of the universe and be strong everywhere. The United States should not tackle every international problem as its own. Instead, the US should persuade China to be responsible for international peace and security, and other global public goods, as a rising and accountable power.

What America should do

Some Americans claim that the American ideals will be in danger mainly by the intersection of terrorism with nuclear materials. Dealing with this requires countering terrorism, achieving nonproliferation, ensuring better protection of foreign nuclear materials, creating stability in the Middle East, and giving attention to failed states. Another aspect of security challenge is political Islam and its development, which should be countered by inducing a combination of soft and hard power. Military and diplomatic tools will have to be employed covertly or overtly to coerce, subdue, and finally eradicate violent Islamic extremists. The US should induce economic and informational tools such as education, economic growth, open trade, development of civil society institutions, and a gradual increase in political participation to de-radicalize Islam.

The US will have to prioritize American values abroad through government and non-governmental agencies and individuals, which is less costly than active intervention. The US should also develop a clear cut strategy and policy direction for enhancing public diplomacy, broadcasting, exchange programs, development assistance, disaster relief, and military-to-military contacts so that it can influence the world with the power of attraction rather than coercion. America should promote public diplomacy to create an enabling environment to change the behaviors of its competitors in the long run and persuade authoritarian powers to evolve into democracy gradually.

The rise of China is obviously challenging American global leadership position. However, to address this problem, the United States will have to formulate its grand strategy based on liberal-realism. Such a long-term strategy should be orchestrated in a harmonious way creating synergy among institutions, instruments, and allies, rather than adopting a ‘one size fits all’ approach of using the military most of the time. While ensuring US global leadership and prosperity, China’s rise will have to be accommodated to the regional level. The Chinese should also be encouraged to use their geo-economics leverage to benefit the global economy rather than domination. Indeed, the US will have to maintain a capable military to counter security threats. However, an effort must be made to develop other instruments to wield more smart power to achieve its interests, appearing less intimidating. The key to a successful American strategy in the new international political environment is to give priority to soft power over hard one.