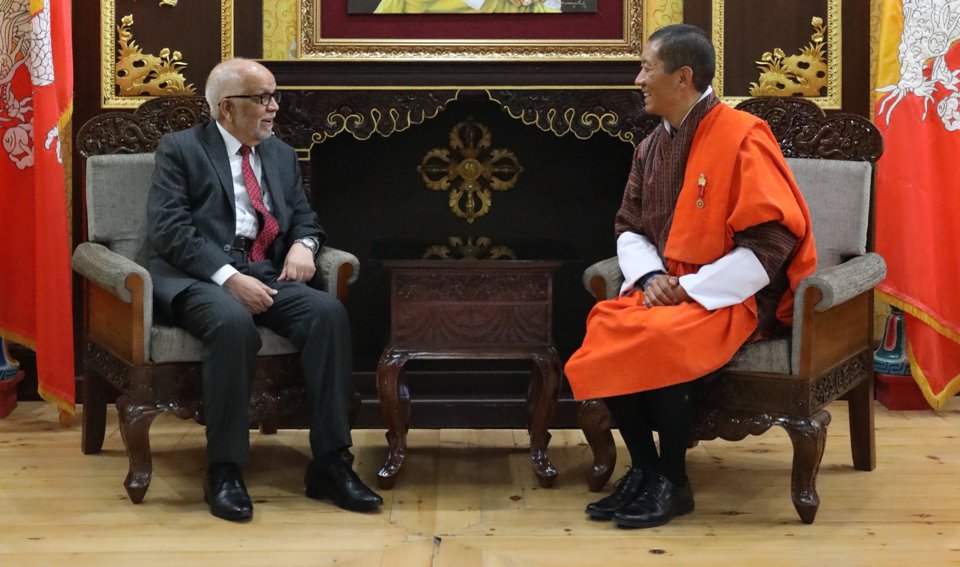 At the ceremony held at Tashichhodzong, Acharya presented credentials. A traditional ritual of Bhutan called Zhugdrel Phunsum Tshogpa was performed on the occasion. Ambassador Acharya was received in a group audience by the king. 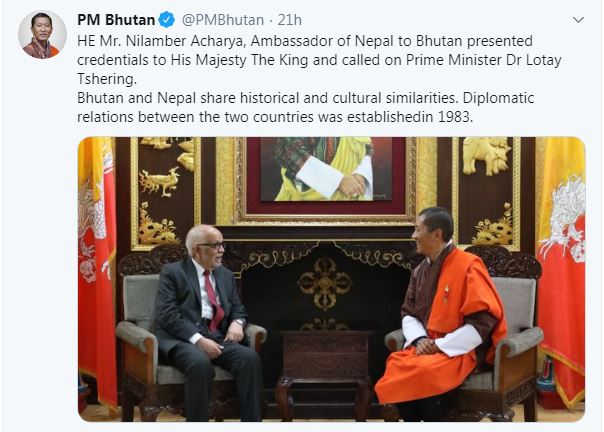 During the audience, the king mentioned that he was born in Nepal and has a close bond with Nepal and Nepali people, according to a press release issued by Nepali Embassy in India. The ceremony was followed by the high tea and photo session with the king at the Courtyard.

Ambassador Acharya also had a separate audience with the king, during which the ambassador conveyed the message of friendship and best wishes from President Bidya Devi Bhandari and Prime Minister K P Sharma Oli to the Bhutanese King and the people of Bhutan.

Ambassador Acharya expressed the most sincere thanks for the goodwill extended by the King of Bhutan towards Nepal.

The ambassador stressed the need to further expand the friendly ties between the two countries including through the exchange of high-level visits, according to the embassy. The king mentioned deep cultural connections between Nepal and Bhutan.

Members of the Royal Privy Council, National Council, Foreign Minister, Foreign Secretary, Director of the Department of Bilateral Affairs and other officials from the Ministry of Foreign Affairs of the Royal Government of Bhutan were present during the ceremony.

Lebanese vent rage against their leaders after blast; protesters gather
15 minutes ago