Allow us to meet them or give us dead bodies: Kin tell Bomjon 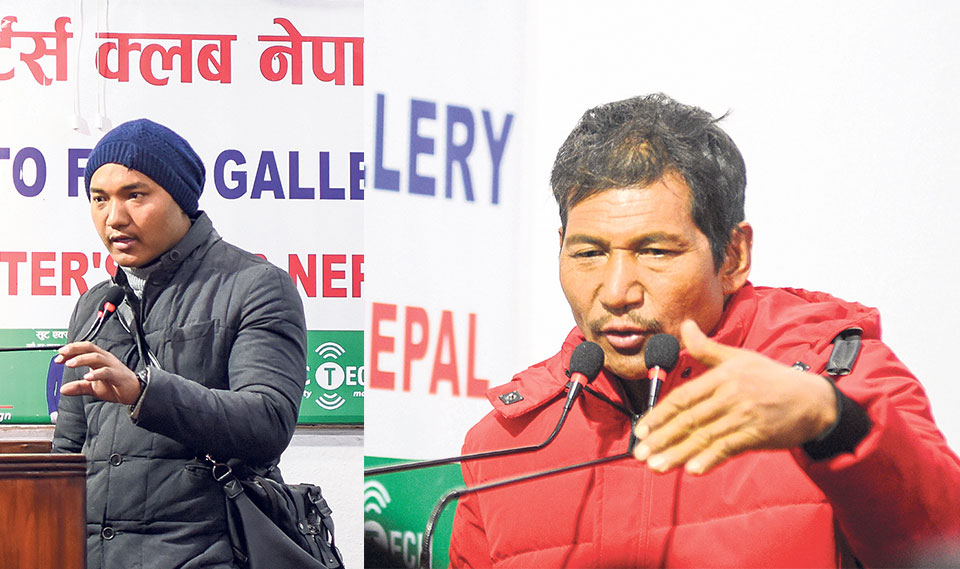 KATHMANDU, Dec 29: The family members of three persons, who went missing from the Sindhupalchowk ashram of Ram Bahadur Bomjon aka ‘Buddha Boy’, on Friday asked the government and police to launch a serious investigation into Bomjon’s ashrams and demanded that Bomjon either let them meet their missing family members or hand over their bodies if they are dead.

The family members of Ful Maya Rumba, Chini Maya Tamang and Ramta Lal Waiba who went missing from Bomjon’s monastery were all in the capital on Friday to address a press meet organized by Reporters Club Nepal.

Remembering the respect that her sister had for Bomjon, Ganga Maya Tamang of Nuwakot said at the press meet, “Either let us meet our missing family members or hand over their bodies if they are already dead.”

Claiming that she is not accusing Bomjon of any crime, Ganga Maya, who has already visited Bomjon’s ashram locations in Sindhuli, Lalitpur, and Sindhupalchowk searching for her sister said that she was barred from entering the ashrams. “One of the workers even told me that my sister was kicked out of the Sindhupalchowk ashram because she was causing disturbances in the ashram,” she said.

Similarly, Bijay Rumba of Makawanpur, the brother of Ful Maya Rumba who has been out of contact from her family for about five years, recalled the last time his sister had contacted the family. “She called our father in 2013 on the phone and asked him to meet her at the ashram in Sindhupalchowk telling him that it would be his last chance to meet her,” he said.

But Bir Bahadur Rumba, Ful Maya’s father could not meet her since he had no idea where in Sindhupalchowk was the ashram located. When asked why he did not search for his daughter since 2009 when she left home to become a nun, he said, “We thought that she was meditating and did not want to disturb her.”

Bir Bahadur only started worrying about the whereabouts of his daughter after the 2015 earthquakes hit the country. When he finally reached the ashram searching for his daughter, Bomjon’s helpers said that they had no idea about his daughter since people keep visiting and leaving the ashram.

It was only after repeated attempts spanning several days that a helper from the ashram told him that five nuns and monks had left the ashram some three months ago. His worries for the whereabouts of his daughter only intensified after Ganga Maya, a friend of Ful Maya opened up about the sexual abuse in Bomjon’s monasteries.

Bomjon has invited numerous controversies on several occasions over the years after proclaiming himself as the reincarnation of Gautam Buddha. According to Prem Dorje Bal, a senior monk from Devghat, who was an acquaintance of Bomjon till 2009, Bomjon had previously thrashed locals causing serious injuries and sexually assaulted many girls in his ashrams.

Speaking at the press conference, Bal said, “After inquiring with the employees of a brick factory in Rautahat in 2010, we learnt that Bomjon had in 2009 spent a night with a girl at the brick factory.” He added that wherever Bomjon went, he had trouble with the locals.

Three killed, 33 others injured in bus accident in Doti
54 minutes ago