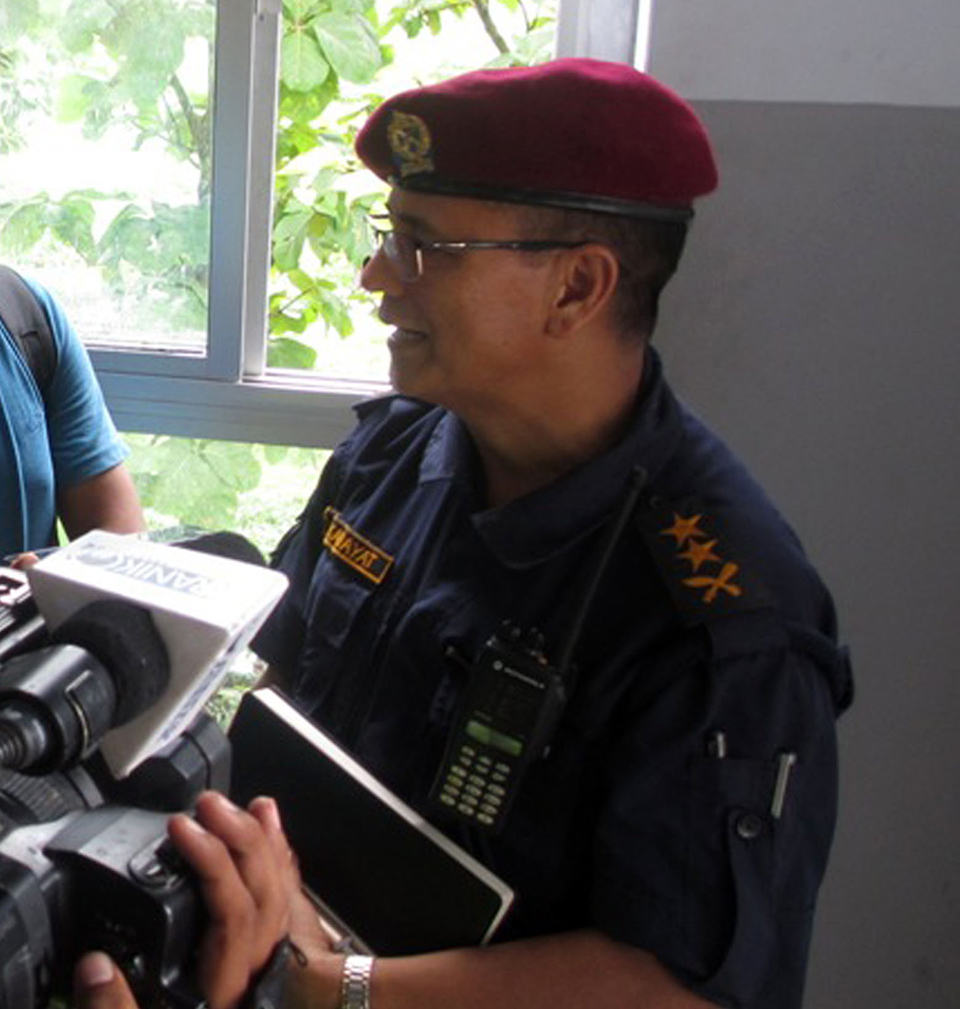 BHIMDATTANAGR, Aug25: An appeal has been made to all today to cease ongoing protest and agitation over the murder of 13-year-old Nirmala Pant, a resident of Bhimdattta municipality-2, Kanchanpur, after rape about a month ago.

Both meetings of all parties and of all sides held today in Kanchanpur appealed to all to stop the protest and help create an atmosphere conducive for a high–level probe team formed by the Home Ministry to carry out its work.

The appeal has been made to civil society, business community, women and rights activists, said Kanchanpur's Chief District Officer, Taranath Adhikari. He was speaking at a press meet organized, following the all-party meeting. According to him, the meeting decided to request the federal, province and local governments to declare Sunny Khuna, of Bhimdatta municipality-18 a martyr. He was killed in a police firing Friday in course of the demonstrations. The government in all three levels will be urged to guarantee proper compensation to the victim family.

The meeting urged the Home Ministry to probe into the alleged use of coercive force during the course of taking the mob under control and incidents relating to the vandalism of public and private property and fire and take action against the guilty ones.

Talking to media following the meeting, high-level probe committee coordinator and Home Ministry's joint-secretary Hari Prasad Mainali said the team had realized the public sentiments and it wanted to urge all help to create a peaceful atmosphere for investigations into the issue.

"There is a need to take the situation towards normalcy through combined efforts," he said, pledging to move ahead, by making corrections in the past investigation.

Most of the participants in the meeting demanded re-investigations into the matter from a zero-level, citing serious negligence on the part of police in handling the case since the beginning.

Advocate and Civil Society, Kanchanpur joint-coordinator Punam Singh Chand accused the negligence of police administration in the investigation process, thus inviting the current situation. "Investigation must start from a home of her friend where Nirmala had been for doing homework on the day when the incident happened."

"Although the local administration was aware of the sentiment of the agitating side, a mentally sick person was made public in course of the investigation in a dramatic manner," he said, "Now, let's extend support from all sides for a fair probe."

"Superintendent of Police Dilliraj Bista was repeatedly made aware of the worsening situation warranting timely attention, but he never took positively our delegation," he underscored. Even the efforts were needed to pacify the atmosphere agitated by political parties.

Nirmala murder struggle committee coordinator Helan Shrestha said the culprit must be found out by not interfering with the investigation committee. Efforts were on to make conducive the atmosphere for committee's investigation. RSS

Women stage sit-in for release of report on Nirmala case

Canadian citizen busted on the charge of pedophilia
16 hours ago

Agreement between Nepal Tourism Board and India's TAAI
17 hours ago

IN PICS: Farmers in Bhaktapur busy picking ‘makhamali’ flowers for Tihar
12 hours ago