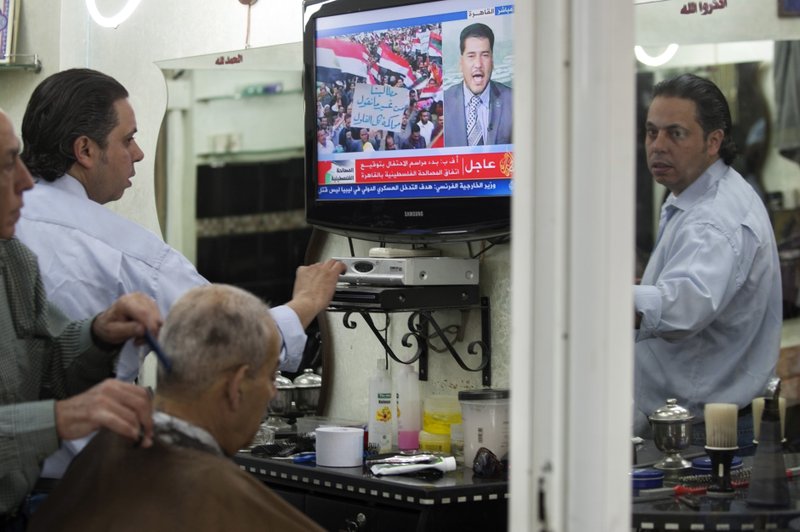 JERUSALEM, August 7: Al-Jazeera on Monday denounced Israel’s decision to close the Jerusalem bureau of Qatar’s flagship satellite network, saying the measure was “undemocratic” and that it will take legal action.

Israel’s move follows in the footsteps of four Arab countries that are aligned against Qatar as part of a months-long political dispute over Doha’s politics and alleged support for extremists.

The channel and its affiliate sites have been blocked in Saudi Arabia, United Arab Emirates, Egypt, Jordan and Bahrain. Israel has long accused the network of bias against it and incitement to violence.

On Sunday, Israeli Communications Minister Ayoob Kara announced he would revoke the press credentials of Al-Jazeera journalists, effectively preventing them from working in Israel, and would move to block its transmission from the country.

“Al-Jazeera denounces this decision made by a state that claims to be ‘the only democratic state in the Middle East,’” the network said in a statement. “Al-Jazeera stresses that it will watch closely the developments that may result from the Israeli decision, and will take the necessary legal measures.”

“Those dictatorships now dictate to Israel what it does about press and press credentials,” Bishara said on-air. “Israel is taking its cues from Arab dictators.”

Kara, a member of Prime Minister Benjamin Netanyahu’s ruling Likud Party, said he has asked cable and satellite networks to block Al-Jazeera transmissions and is seeking legislation to ban them altogether.

But commentators noted that implementation of this would be highly unlikely.

For starters, the Israeli parliament is on break and such legislation would take a long time to materialize and would likely face stiff objections. Additionally, many Arabs citizens of Israel watch Al-Jazeera broadcasts through private dishes rather than traditional transmission.

The Government Press Office, which issues press credentials in Israel, said it has asked security officials for guidance on Kara’s request.

Al-Jazeera, which rose to prominence by airing messages of al-Qaida leader Osama bin Laden after the attacks of Sept. 11, 2001, was the first Arab satellite news channel to offer a range of views outside of the heavily censored state media across the region and extensively covered the 2011 Arab Spring.

It also was the first Arab-owned news outlet to host Israeli officials and commentators.