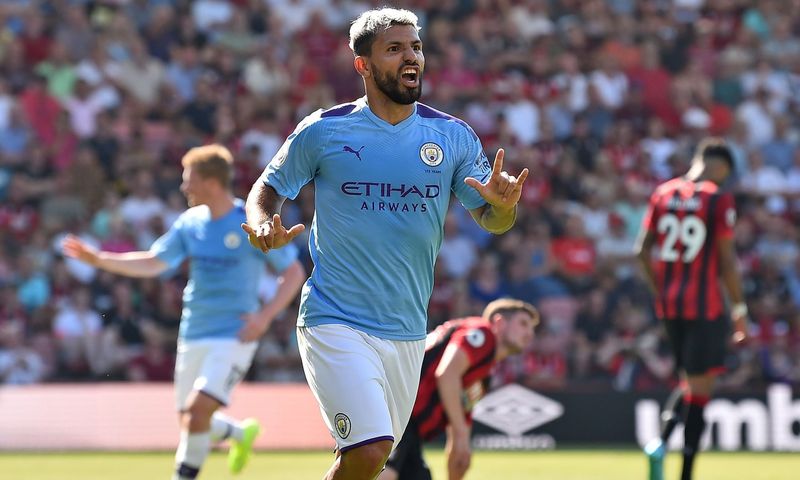 BOURNEMOUTH, Aug 25: Sergio Aguero struck twice as Manchester City moved into second place in the Premier League, two points behind leaders Liverpool, with a 3-1 win at Bournemouth on Sunday.

Aguero, who has scored in all three games this season, gave City a 15th-minute lead, slotting home after left-back Oleksandr Zinchenko’s low cross had been mis-hit by Kevin De Bruyne only to fall kindly for the Argentine.

Adam Smith then missed a great chance to level for the Cherries, firing high over the bar from a good position after some poor defending from Nicolas Otamendi.

But Bournemouth got back into the game in magnificent fashion, just before the interval, thanks to an unstoppable curling free-kick from substitute Harry Wilson, on loan from Liverpool.

Wilson went close to a leveler after the interval but Ederson was out quickly to foil his effort and City then made sure of the win when Aguero poked home his second goal in the 63rd minute, following in for the scraps after David Silva had surged into the box.

Four tigers released back into the wild
25 minutes ago

Weather: Light to moderate rain forecast for today
55 minutes ago