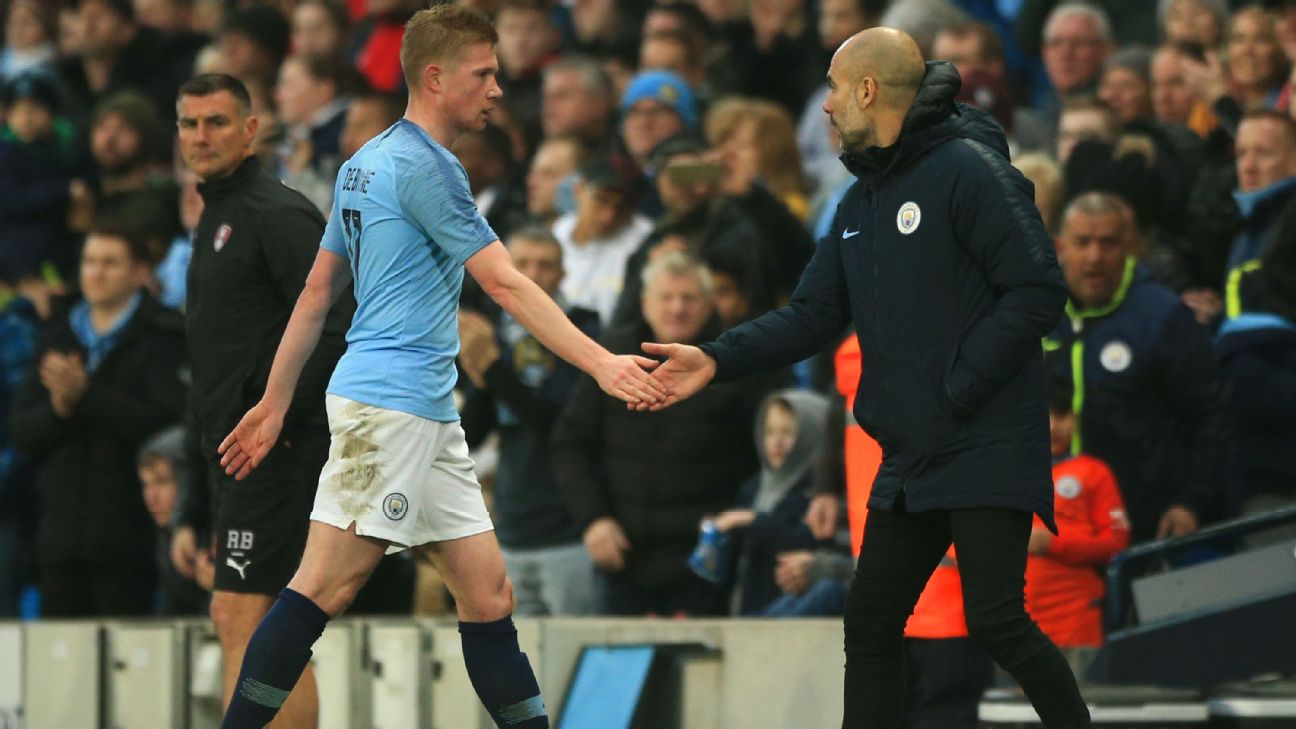 LONDON, Jan 7: Manchester City’s chances of overtaking Liverpool and defending their Premier League title depend to a large extent on Belgian midfielder Kevin De Bruyne staying fit and in form for the rest of the campaign, manager Pep Guardiola said.

De Bruyne was a key player in the side that won the title last term, but injuries have restricted him to six league appearances resulting in City being nine points worse off than they were at the same stage last season.

“I’ve said many times how important Kevin is for us,” Guardiola told reporters after his team trounced second-tier Rotherham United 7-0 in the FA Cup on Sunday. “Without him, last season maybe it would not have been possible.

“Last season he played incredible minutes but hopefully in the second leg of the season he will help us because we need him.”

De Bruyne, who had eight league goals and 16 assists for City last season, played for more than an hour against Rotherham and looked close to full fitness, driving forward from midfield to create a host of chances for his team.

“Now he’s back, he will be fresh in the mind and the legs, and is going to help give us extra creativity in the last third, in the fight,” Guardiola said.

“He played an incredible game, created a lot of chances and has the vision to see what other people cannot see.”

City, who trail league leaders Liverpool by four points, next host Burton Albion in the semi-finals of the League Cup on Wednesday before facing Wolverhampton Wanderers in the Premier League on Jan. 14.