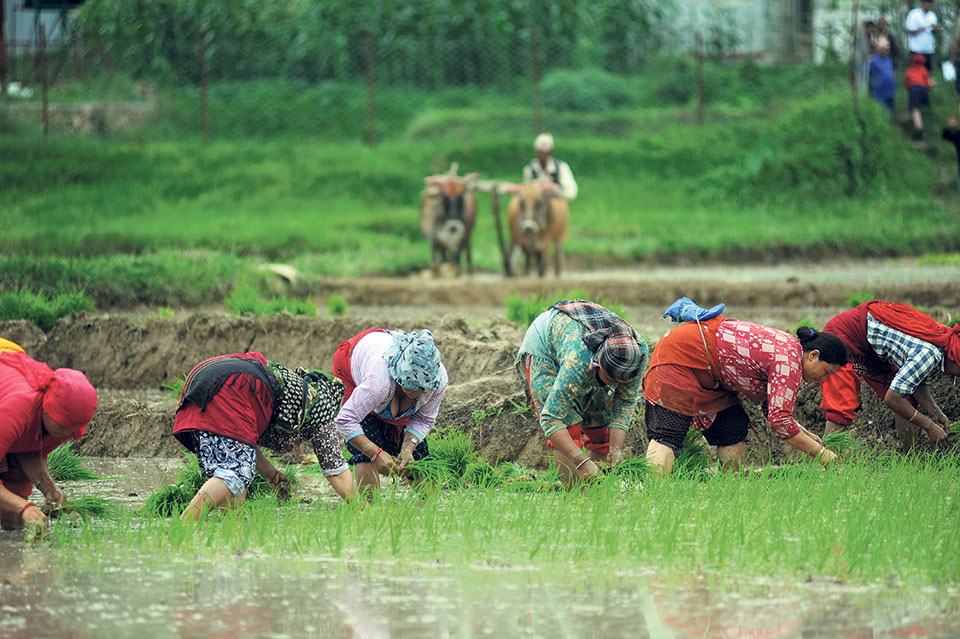 KATHMANDU, Dec 25: A recent preliminary data of the Ministry of Agriculture and Livestock Development has projected more than 8 percent growth in the country’s paddy production.

The report based on provincial production figures, received by Republica, shows that the average growth of paddy production in the country is likely to grow by 8.39 percent in the current fiscal year to 5.5 million tons. As per the monitoring, evaluation and statistics division of the ministry, the growth projection ranges from 1.39 percent to 16.27 percent in different provinces.

The data has further showed that area of paddy plantation in Gandaki, Karnali and Province 5 has shrunk in the current fiscal year. In other provinces the area has grown by 1.37 percent on average this year.

New inputs and technology applied to paddy farming has brought about positive changes in paddy plantation and production this year, according to Ram Kumar Regmi, an official at the ministry’s monitoring, evaluation and statistics division.

“Due to improved climate, inputs, and technology in plantation, we have seen positive growth in paddy production. We expect it to grow by 10 percent in the coming five years,” Regmi told Republica.

So long as we fail to retain agricultural workers the much-hyped agenda of poverty alleviation through massive agricultural production will... Read More...

KATHMANDU, July 25: Ministry of Agriculture, Land Management and Cooperatives has recommended minimum support price of paddy to the Ministry of... Read More...