After spending Rs 700 million to identify the poor, Nepal still doesn't have their database 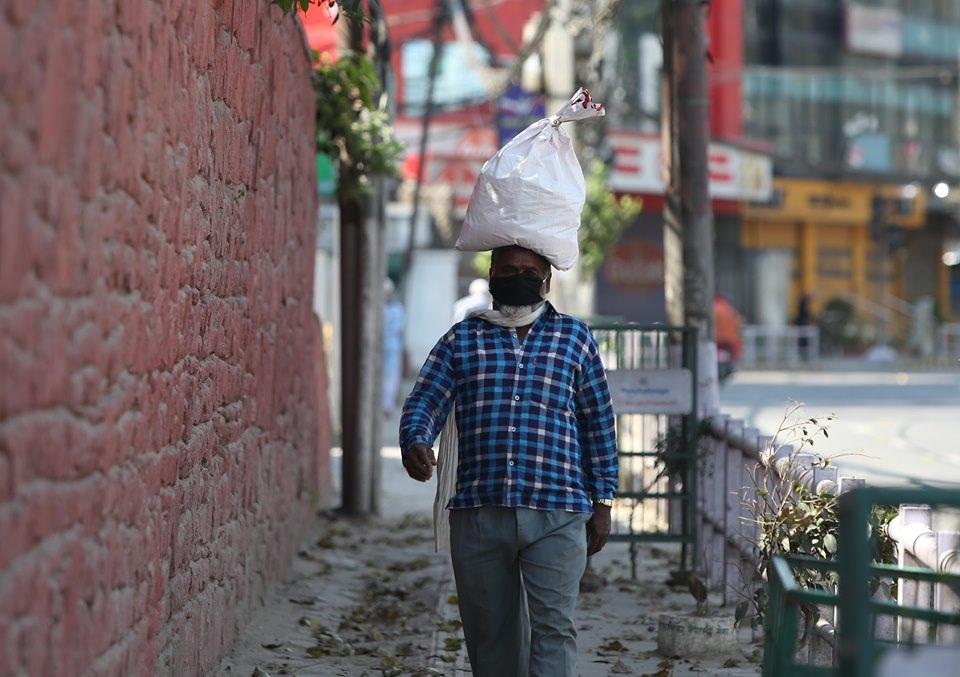 KATHMANDU, April 12: As the country is in its third week of lockdown to stave off the Covid-19 outbreak, it is the poor as well as the daily-wage earners and those working in the informal sector who are facing the brunt of the lockdown badly. For them, lockdown means a grinding halt in their bid to earn, eat and live. The government has spent Rs 700 million in a bid to identify the poor and consolidate their data at one place. However, the work is far from complete.

In the second week of lockdown, the government announced an economic relief package, seeking to prevent the economy from sliding into a downward spiral. However, the measure lacks specifics, especially regarding the poor.

The federal government delegated the responsibility of distributing immediate relief packages (mostly food items not cash) to the local government (LGs), at their own discretion. LGs are required to identify the poor and needy people, who qualify to receive the assistance. As they lack their own standard definition and real-time database about the poor households, the challenge is monumental.

In its entire spectrum of relief, experts say, there is a complete lack of a system to identify the poor and the needy ones. Unlike the developed nations, Nepal does not have a social security number to provide accurate information about an individual citizen. Nepal does not have a parallel version of the Indian Adhaar Card which is required to receive welfare payments and social services in India. The country does not have such a centralized and updated database of its citizens.

The Department of National ID and Civil registration began its work related to the National ID card a few years ago, but sources say it will take another three years for a full-fledged roll out of the card.

With an objective of issuing ID cards for poor households, the then Poor Household Coordination Board had conducted a survey in 2070 BS and identified 391,831 poor households in 26 districts. However, only a few districts (10) were keen to distribute them, following complaints that non-poor were also included in the list. A total of 250 million rupees were spent for the first phase survey.

The second phase of the household survey is being done in additional 23 districts this year, according to the Ministry of Land Administration, Cooperative and Poverty Alleviation, which is administrating the task. The 26 districts' data are currently employed for the purpose of health insurance in a few districts, according to the ministry. A total of Rs 630 million was allocated this fiscal year for the survey, out of which 450 million has already been spent.

“Every survey has some errors. The first phase of the poverty survey was the most scientific and can be relied upon,” argued Dhundi Raj Lamichhane, director at the Central Bureau of Statistics, who was also affiliated to the board. “The current relief package can be linked to these poor households in 26 districts,” he argued.

Also, the National Natural Resource and Fiscal Commission (NNRFC) has also ranked all the 753 Local Governments (LGs) on the basis of the Human Development Index (HDI) and poverty ranking for the purpose of equalization grant to the LGs and province and sharing of national revenue.

“On the basis of 2011 census and National Living Standard Survey (2011), we have ranked every LG on the basis of HDI and poverty status,” informed Dinesh Bhattarai, a senior statistician at the NNRFC, adding, “This could be one criterion for allocating and prioritizing budget for the relief packages as well.”

Though many believe that the crisis is not an appropriate time to create a long-lasting system that demands careful craft, preparation and investment, others argue that Nepal can begin documenting the list of the poor households, and establish a system of linkage with the proposed national ID card.

“Nepal can begin work to develop a software to provide updated and real-time data for its citizens, with the information of the relief package recipients as well,” argued professor Puskhar Bajchacharya, a former member of the National Planning Commission (NPC) and an economist.

Arguing that including every information on the database may invite the issues of privacy of its citizens, Bajracharya suggests including selected information about poverty status, access to social and physical infrastructures and status of service delivery.

“This database has to be updated regularly, otherwise they become redundant,” he said.

“Nepal knows well how to distribute elderly benefits, and so it does not require much homework and system,” says Dr Biswo Poudel, an economist, adding, “What Nepal lacks is a locally verified database to identify the citizens on the basis of income, consumption and status of service delivery.”

Experts argue that the need for such a scientific database is even more prominent during and after natural disasters. During the 2015 earthquake, the number of households seeking relief packages in earthquake-affected districts were much higher than the total households in a particular district, evidently showing that people aspire to get the government relief, even though they were not stricken by the disaster.

“Currently, we don't have a system to verify the economic status of any individual,” confides Jitendra Basnet, the director general of Department of National ID and Civil Registration, under the ministry of Home Affairs.

“Once we issue the National ID cards, the ID cards for poor households and other social safety measures, recipient's information would be automatically linked,” he added. He informed that piloting has already been done covering Panchthar district and government staff working inside Singha Durbar last year.

“By the end of the next fiscal year, we would be able to provide a National ID number to over 12 million people and link them to the service delivery,” he added.

In Nepal, there are nearly 80 schemes directly related to social safety, social protection and assistance, which are largely disintegrated and multiple authorities are entrusted to deliver them. These schemes, which devour over 12 percent of the national budget, lack a single window mechanism for their administration, implementation and monitoring.

“To be implemented from the next fiscal year, we have developed an Integrated National Social Protection Framework recently to streamline and integrate our efforts on social protection, that would also facilitate relief distribution during the time of crisis,” National Planning Commission member Dr Ram Kumar Phuyal said.

KATHMANDU, April 2: Amid widespread criticism, the Ministry of Health and Population has scrapped a controversial procurement deal that it... Read More...

Politics behind garbage disposal in Kathmandu Valley is a conspiracy against Balen: Rabi Lamichhane
18 hours ago

Light to moderate rain with thunderstorm likely today
3 minutes ago

Couple found dead in a hotel in Butwal
32 minutes ago