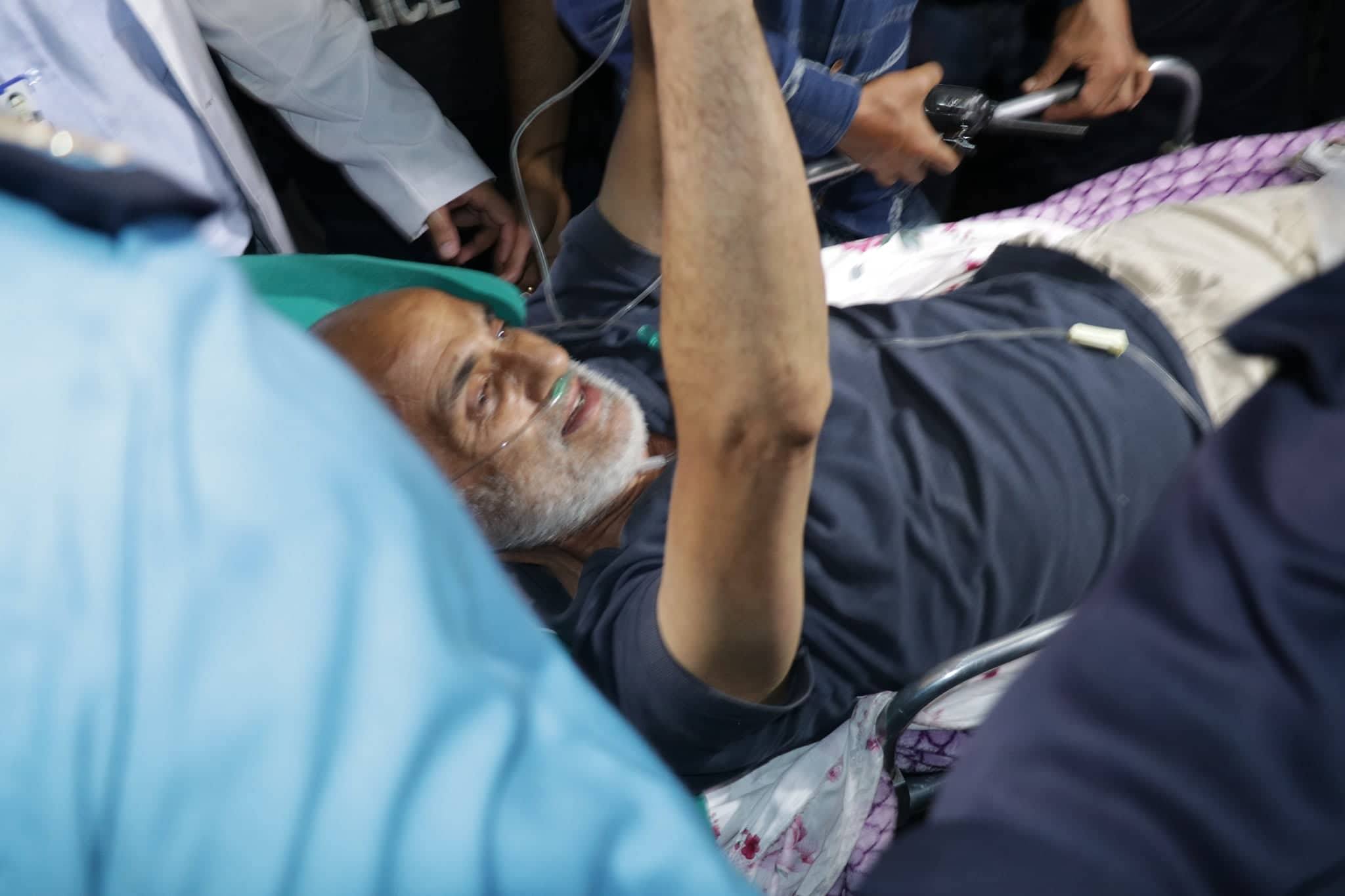 KATHMANDU, July 19: Even after the government airlifted Dr Govinda KC by force from Jumla Thursday, the 20th day of his fast-unto-death, he has continued the fast at Tribhuvan University Teaching Hospital (TUTH) here.Dr KC began his 15th hunger strike from June 30 in Jumla. He was unwilling to be airlifted by force but later yielded after his supporters and security officials clashed.

The government planned to keep Dr KC at Bir Hospital after he landed at Tundikhel at 6:65 PM Thursday by a Nepal Army helicopter. However, Dr KC refused to be examined at Bir and so he was taken to TUTH, according to sources. He was examined at the emergency section at TUTH and his condition is reported to be serious.

Embarking on his 15th hunger strike, Dr KC, a senior orthopedic surgeon and professor at the Institute of Medicine (IOM), presented a seven-point demand including bringing the Medical Education Act without changes, immediate publication of the report of the medical probe commission led by Gauri Bahadur Karki and taking action against the culprits, revoking a ban on staging protests at Maitighar, and formulation of law to discourage threats against doctors and health workers.

Meanwhile, Out Patient Department (OPD) services at almost all hospitals and health facilities were halted Thursday after Nepal Medical Association, the professional organization of medical doctors and dentists, urged health workers to shut down services except emergency .

Supporting the hunger strike staged by Dr KC, NMA on Wednesday called for the disruption of OPD services at health facilities including those in the private sector. Thousands of OPD patients were affected by the NMA protests .

However, a small section of doctors did not support the protest called by NMA. Almost all hospitals in the country were affected by the NMA protests. The Maternity Hospital at Thapathali, Kathmandu provided partial services .The OPD services will resume from Friday , according to NMA. However, health workers will stage a one-hour protest every day in front of their respective health facilities," said Dr Dhundi Raj Paudel, senior vice president of NMA and ethics committee member of Nepal Medical Council (NMC).

"We will opt for severe protests unless the government addresses Dr KC's demands soon," he added. "We apologize for the hindrances faced by people seeking OPD treatment today."Meanwhile, Tribhuvan University (TU) has called on doctors and health workers not to obstruct medical treatment in the name of protests. "It will be against medical ethics and ordinary people will be deprived of their right to medical treatment," the statement issued Thursday reads.

KATHMANDU, July 19: A Nepal Army helicopter has landed on the premises of Bhagawati Dal Battalion of Nepal Army which... Read More...