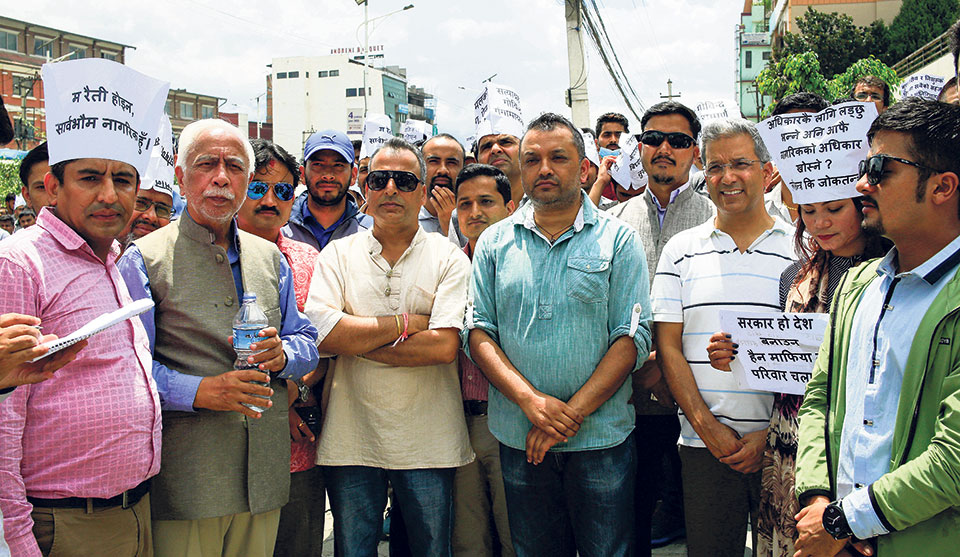 Addressing a mass gathering at New Baneshwor on Saturday, held in the support of Dr Govinda KC who has been staging his 15th fast-unto-death in Jumla for medical sector reforms, Thapa said that an additional medical college in the Kathmandu valley will not help improve the quality of health services in the country.
“Bangladesh is known as a medical hub. It has lots of medical colleges. But why our Prime Minister visits Thailand for his treatment?” asked Thapa. He further claimed Oli’s plan to welcome foreign students to the medical college in the country will not work if the quality of medical education is poor.

Thapa further insisted that additional medical colleges should not be allowed in the Kathmandu Valley as recommended by the Kedar Bhakta Mathema-led high-level taskforce. The recommendations of the taskforce are based on in-depth research, knowledge, analysis and opinions of experts in the field, he added.

“Barring additional medical colleges in Kathmandu is not the demand of Dr KC; he is just demanding the implementation of the recommendations made by the Mathema taskforce,” said Thapa.

Speaking at the program, former Tribhuvan University vice-chancellor Kedar Bhakta Mathema, said that the new Medical Education Bill registered in parliament by the government has ‘seized’ the basic health rights of the people. He also accused the government of entitling benefits to selected persons.

A march taken out from Maitighar Mandala to extend solidarity with Dr KC’s protest and pile pressure on the government to address his demands converted into a mass gathering at New Baneshwor. Doctors, nurses, students, other medical professionals including various 13 professional organizations participated in the march to support Dr KC.

PM stresses on accessible and quality health services at home

KATHMANDU, July 27: Prime Minister Sher Bahadur Deuba has insisted on creating an atmosphere so that the entire people could... Read More...