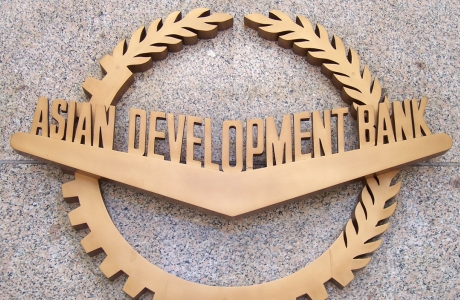 KATHMANDU, Sept 27: Asian Development Bank (ADB) has forecast the Nepali economy to grow only by 4.7 percent in Fiscal Year 2017/18.

Releasing the 'Macroeconomic Update: Nepal (September 2017)' on Tuesday, the Manila-based development partner said that the economy will likely grow at a slower rate of 4.7 percent in the current fiscal year largely due to heavy rainfall during this monsoon that affected paddy and other major crops in the Tarai belt which is considered to be the breadbasket of the country.

The World Bank last week said that Nepal's economic growth rate is likely to moderate to 4.6 percent in the current fiscal year.

Both multilateral development partners have attributed the recent floods in Tarai as a major reason to the possible slowdown in economic growth.

“Heavy rainfall since mid-August led to landslides and floods, resulting in the loss of human lives and livelihoods. Floods inundated paddy fields and destroyed crops in most of the Tarai districts,” read the ADB report.  “This will depress farm output, hampering growth prospect.”

“Though dates for provincial and federal level elections have been announced, several bills, namely, Natural Resources and Fiscal Commission including Inter-governmental Fiscal Transfer imperative for effective implementation of fiscal federalism have yet to be enacted,” read the periodic report released by the ADB.  “In the absence of these bills, distribution of natural resources and revenue among all three tiers of the government will be affected, hampering growth prospect in FY 2018.”

Like in the previous fiscal years, delay in the implementation of development projects is going to be another obstacle for economic growth in the current fiscal year.  “Implementation delays of national pride projects have continued in FY 2018. This will likely lead to a substantial shortfall in capital expenditure and depress economic growth,” the ADB stated in its report.

The two multilateral institutions' forecast in the current fiscal year is far lower than the government's target of achieving 7.2 percent economic growth in the current fiscal year.
Nepal achieved economic growth of 7.5 percent in the last fiscal year -- the highest since FY 1993/94, on the account of low base of the previous fiscal year, rise in agricultural output on the back of one the best monsoons in recent years, improvement in industrial growth amid end of power cut, and strong revival of growth in tourist arrivals.

KATHMANDU, April 12: Asian Development Bank (ADB) has said that Nepal's economy is anticipated to grow by 4.9 percent in the... Read More...

KATHMANDU, Sept 17: Asian Development Bank (ADB) has projected the economy to grow by 4.8 percent -- due to continued normalization... Read More...