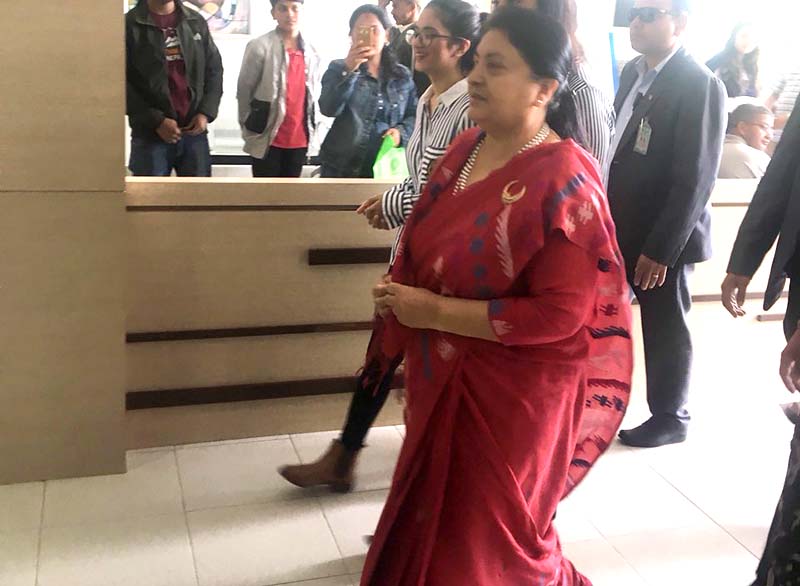 KATHMANDU, Sept 3: Nepal boasts of having the first female head of state. Although the rage against rape campaign spreads all across the country, President Bidya Bhandari has remained conspicuously silent, as if she is not concerned or aware, about these issues.

Rights activists say her voice would not just have given them moral support to fight for their cause, but also amplify their voice so that concerned government authorities would have taken stringent measures to curb increasing instances of rape and other forms of violence against women. They complained that the head of state seems to have not recognized this issue as something that deserves her attention.

Women rights activists as well as others have been organizing rallies and different forms of protests against the increasing instances of rape in Kathmandu and beyond. “The failure of a person, who occupies the highest position in the country, to speak on the issue shows that our head of state seems still not convinced that these crimes against women and children are serious,” said Amrita Lamsal, a women’s rights activist and media person.

Apart from social media platforms, President Bhandari could have utilized public forums as well to express solidarity with the cause, activists complained.

President Bhandari’s Adviser Sushil Pyakurel, however, said the president has been expressing concerns over the issue time and again. “This is something to be spoken when there are such occasions. The president is very concerned and sensitive about these issues,” said Pyakurel.

PHOTOS: Rage against rape continues in the capital

KATHMANDU, Dec 11: President Bidya Bhandari has summoned the winter session of parliament at 4 pm on December 20 upon... Read More...