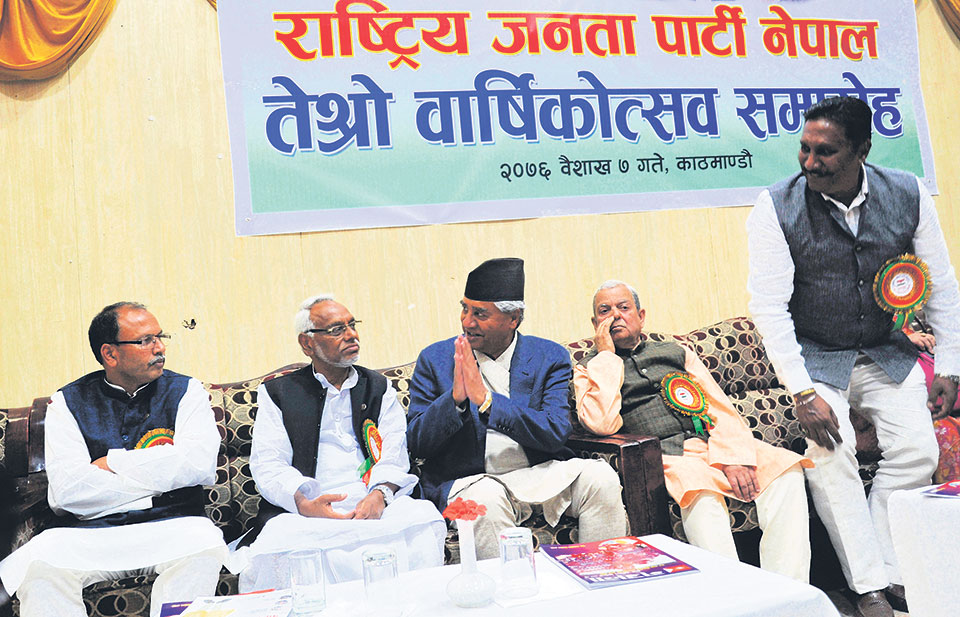 Even as a formal merger talk has not yet kicked off owing to discord within RJPN, leaders from both sides have been quietly holding closed-door negotiations to explore possibility of unification.

Leaders say that interlocutors from the two sides, who have already held few rounds of discussions on the merger, have agreed on ideological and political grounds. But there are still some major differences over the allocation of key portfolios.

Leaders said that the two sides are at odds over the modality of leadership as well as the accommodation of senior leaders from both parties. Accommodation of senior leaders remains a big challenge particularly for RJPN because of its collective leadership model. The party, which has a six-member presidium, hasn't been able to hold its general convention two years after it was formed through merger of six parties. One of the main reasons for the delay is fear among the presidium members that they might lose their current portfolio.

Merger has long dominated the agenda of RJPN and FSFN which run a coalition government in Province 2. After unsuccessful bid for merger before the three tiers of elections, FSFN had formed a talks team under Rajendra Shrestha for merger in December.

RJPN had also formed a five-member merger panel following a formal request for talks from FSFN in March.

It's unclear whether the current efforts will produce fruit although both parties appear convinced on the need of a unified party in Madhes in view of the increasing polarization in national politics.

“RJPN has made a written request to us to cut off ties with the government before the talks. But we have already denied that possibility. It's the reason why we haven't been able to hold formal talks. But I hope that they will eventually agree to sit on negotiation table under the existing circumstances,'' said FSFN senior leader Ashok Rai.

Leaders said that majority of RJPN leaders are in favor of starting formal negotiations.

The regional parties, which used to have important role in coalition government earlier, have felt cornered after the left swept to power with overwhelming majority in the federal polls.

Despite an improved performance in the parliamentary elections, RJPN is poised to remain outside the government for the next four years. On the other hand, FSFN joined the government accepting two ministerial portfolios.

CK Raut's entry into mainstream politics has also added pressure on the two parties which have been expecting one more challenger in the already crowded sphere of the regional politics.

RJPN leader Brishesh Chandra Lal, a member of the talks team, said that the two sides are yet to hold serious talks on merger.

“There haven't been substantive talks on the issue, let alone various aspects of the merger. Nothing could be said until these issues come in the negotiation table,'' said Lal.