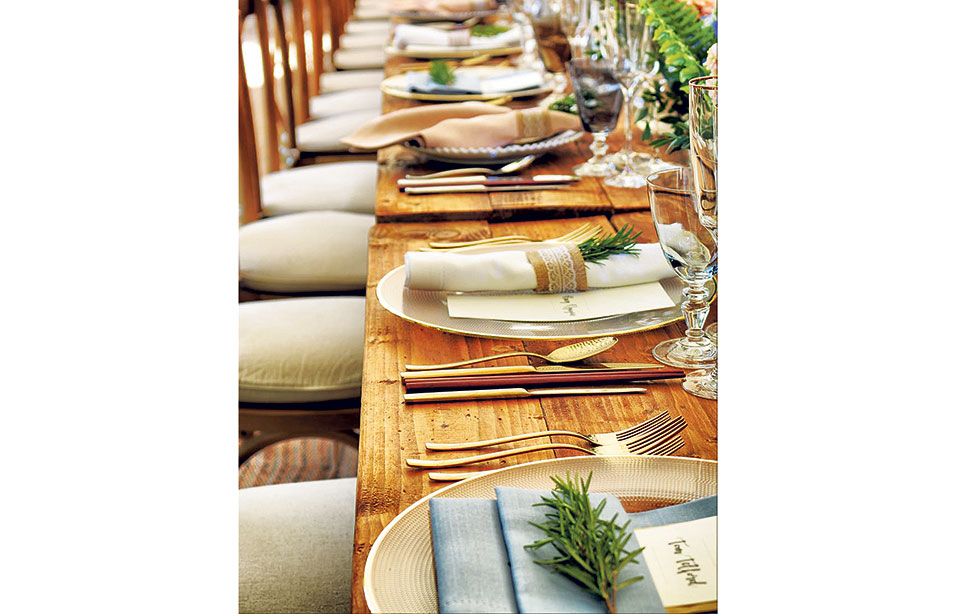 It might not even be realistically possible for someone to enjoy themselves even with only two weddings in a day but, at the very least, these functions should not feel like an obligation. We should start thinking of operating on a ‘invite people who matter’ basis instead of being driven by a ‘feed as many people as we can’ mentality.

From a social standpoint, winters in Kathmandu tend to be pretty hectic with the wedding season in full flow and the months of Mangsir and Magh are pretty much all about weddings and their accompanying ceremonies. Our religious beliefs, superstitions, traditions, astrological signs and other factors contribute to this seasonal madness of cramming all weddings into particular months of the year leading to this unrelenting and often overwhelming stream of parties, functions, and receptions to attend.

It’s not uncommon for people to attend more than two weddings in a day and most folks will have their own personal records for the number of functions attended in a day. Mine happens to be three, which is a lot, given that I don’t know a lot of people here and am also fiercely anti-social to boot.

Anyway, we really should start re-thinking the way we approach weddings here in Kathmandu because, for a lot of us, attending these events has become an exercise in endurance. I went to four weddings last week just to establish my presence there and save some distant relative or the other (really can’t remember who) the hassle of being offended. And, when you think of it, these are really the wrong motivations to drive a person to socialize. I didn’t attend those parties to join in the celebrations which should – but is not – really be the whole point of inviting people to a wedding or any other function for that matter.

It might not even be realistically possible for someone to enjoy themselves even with only two weddings in a day but, at the very least, these functions should not feel like an obligation. We should start thinking of operating on a ‘invite people who matter’ basis instead of being driven by a ‘feed as many people as we can’ mentality.

However, there’s a problem with trying to execute that idea. It’s one thing for a relative or family member to have ignored you for eons but quite another thing not to invite them to your wedding. I realized that people actually get offended if my wife and I don’t turn up so I made it to the four weddings last week. I had absolutely no idea who the people getting married were and they probably didn’t care about us either.

When they look back at the obligatory photo that we took with the groom and wife, I reckon even their parents, who invited us in the first place, will struggle to place us. Honestly, our functions are about going up to the stage, handing over an envelope, taking that obligatory photo I alluded to earlier, eating a lot of food and leaving by 7:00 pm. Nothing about this sequence of events is enjoyable in the least – especially not if you are ticking off attendance at different parties.

Arguably, the worst part of all these weddings and their predecessors (pre wedding parties, sangeets etc.) is the food. During these wedding parties, not only is the food repeated in terms of flavor, sometimes it’s repeated quite literally. You could easily be eating re-fried leftovers from the previous day’s party. After all, it’s the same old thing everywhere – ever so subtle variations on fish, chicken, potatoes etc. and in venues where they can cram in as many as three to four different functions in one night, the food is best avoided. Ever notice how home cooked plain ‘dal- bhat’ tastes amazing after just two days of so called ‘party palace’ food?

Mercifully, we and our stomachs all get a rest during the month of Poush before we are reintroduced to the horrors of wedding season once again in Magh when the whole essence of a wedding occasion will get lost in the frenetic pace of the season. I, for one, cannot wait for it to be acceptable for people to get married during the other months of the year too – something like an off season wedding. It will probably help us to stop and appreciate weddings for what they are – a joyful union of two people instead of a blur of forgettable events and bad food.

If people broke the mould and got married off-season, not only would you not have to force people to turn up for what would be a stand-alone event but they would actually enjoy every aspect of the event  – from socializing to the hospitality and the food. At least you can also guarantee that the food will be fresh and not recycled.

At the moment though, for some of us, wedding season in Nepal is something to dread. On social media, there’s a meme currently doing the rounds where single people are marking themselves safe during the winter marriage wave. Given the seasonal wedding mania and its exertions, perhaps it’s time wedding guests started doing that too.

Sophie Turner and Joe Jonas begin with their wedding festivities

After a hush-hush wedding in Las Vegas, Sophie Turner and Joe Jonas are all set to walk down the aisle once again in France. Read More...

Everyone lives in perpetual fear of the wedding season. “What do I wear?” is a question that runs in people’s... Read More...