Turkey blames IS for wedding party attack that killed 50 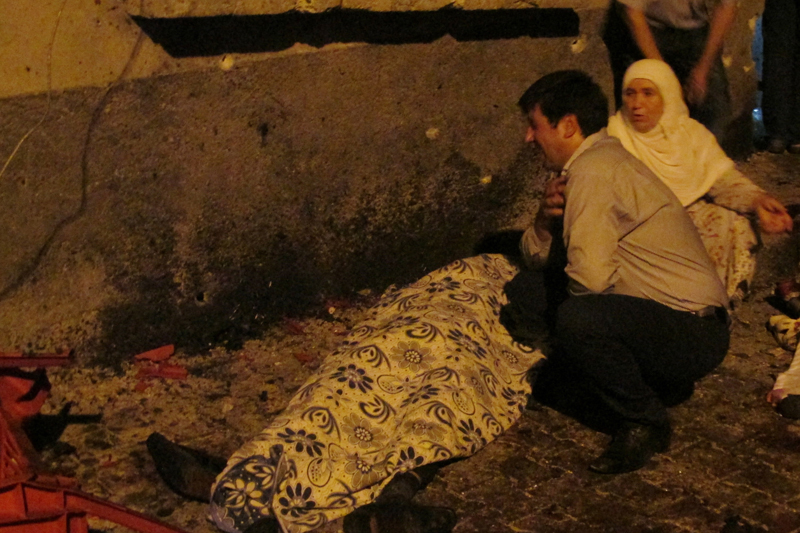 A man cries over a covered body after an explosion in Gaziantep, southeastern Turkey, late Saturday, Aug. 20, 2016.

ISTANBUL, Aug 21: Turkey's president on Sunday blamed the Islamic State group for the bombing of an outdoor wedding party in the southeast that killed 50 people and wounded dozens of others.

The attack late Saturday in Gaziantep, near Turkey's border with Syria, appeared to be a suicide bombing, officials said. The remains of a suicide vest have been recovered at the site, according to the state-run Anadolu Agency, citing a statement by the chief public prosecutor's office.

A bus driver who shuttled some of the guests from Siirt to Gaziantep said that he couldn't believe the party was targeted.

"This was a wedding party. Just a regular wedding party," Hamdullah Ceyhan told Anadolu. "This attack was deplorable. How did they do such a thing?"

President Recep Tayyip Erdogan issued a statement denouncing the "heinous" bombing and saying that IS was "the most likely perpetrator of the Gaziantep attack."

The initial death toll was 30 killed and 94 wounded. Later, the Gaziantep governor's office raised the toll to 50, without giving a number of wounded, according to Anadolu. It is the deadliest extremist attack of 2016.

Turkey has been rocked by a wave of attacks in the past year that have either been claimed by Kurdish militants linked to the outlawed Kurdistan Workers' Party — known by its acronym PKK — or were blamed on IS. In June, suspected IS militants attacked Istanbul's main airport with guns and bombs, killing 44 people. A dual suicide bombing blamed on IS at a peace rally in Turkey's capital, Ankara, in October killed 103 victims.

The attack comes as the country is still reeling from last month's failed coup attempt, which the government has blamed on U.S.-based Muslim cleric Fethullah Gulen and his followers. Gulen denies any involvement.

Erdogan said there was "absolutely no difference" between IS, Kurdish rebels and Gulen's movement, calling them terrorist groups.

"These bloodthirsty organizations and the powers behind them have neither the will nor power to silence the calls to prayer, lower the flag, divide our motherland and break up our nation," he added.

Earlier this week, a string of bombings blamed on the PKK that targeted police and soldiers killed at least a dozen people. A fragile, 2 ½ yearlong peace process between the PKK and the government collapsed last year, leading to a resumption of the three-decade-long conflict.

In Gaziantep, Deputy Prime Minister Mehmet Simsek and the country's health minister visited the wounded and inspected the site of the attack.

"This is a massacre of unprecedented cruelty and barbarism," he told reporters. "We ... are united against all terror organizations. They will not yield."

Prime Minister Binali Yildirim condemned the bombing, which he said turned "a wedding party into a place of mourning" and he vowed to prevail over the "devilish" attacks.

Foreign governments, including the U.S., Sweden, Greece, France, Bahrain, Qatar and Jordan, have condemned the attack.

Police sealed off the site of the explosion and forensic teams moved in.

Hundreds of residents had gathered near the site chanting "Allah is great" as well as slogans denouncing attacks.

Turkish authorities issued a media blackout on coverage of the attack until the investigation is completed. 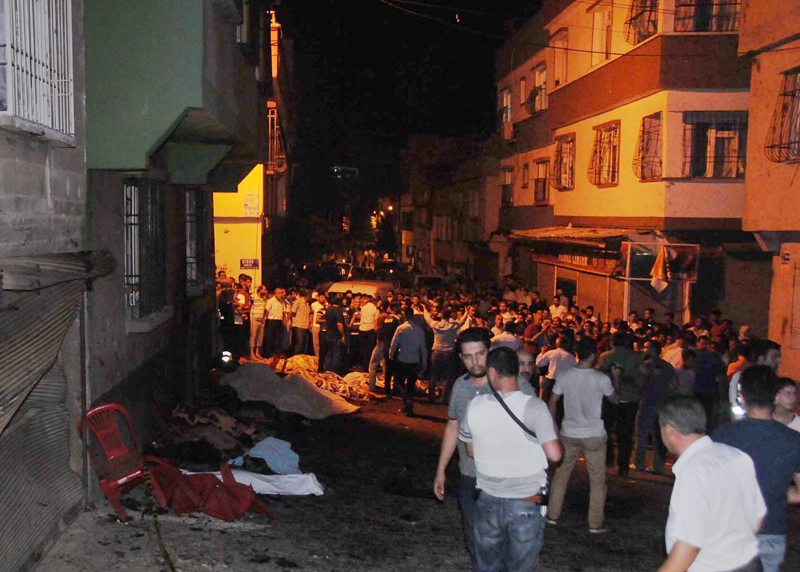 Two killed, one injured in knife attack in Bajura

BAJURA, Oct 14: Two youths were killed and another one was injured from a knife attack at Triveni Municiplaity-8 in... Read More...

Loan repayment period will be extended, Monetary Policy will meet the private sector’s expectation (WITH VIDEO)
6 hours ago
INGOs mobilizing a total of Rs 93.61 billion for their projects
6 hours ago