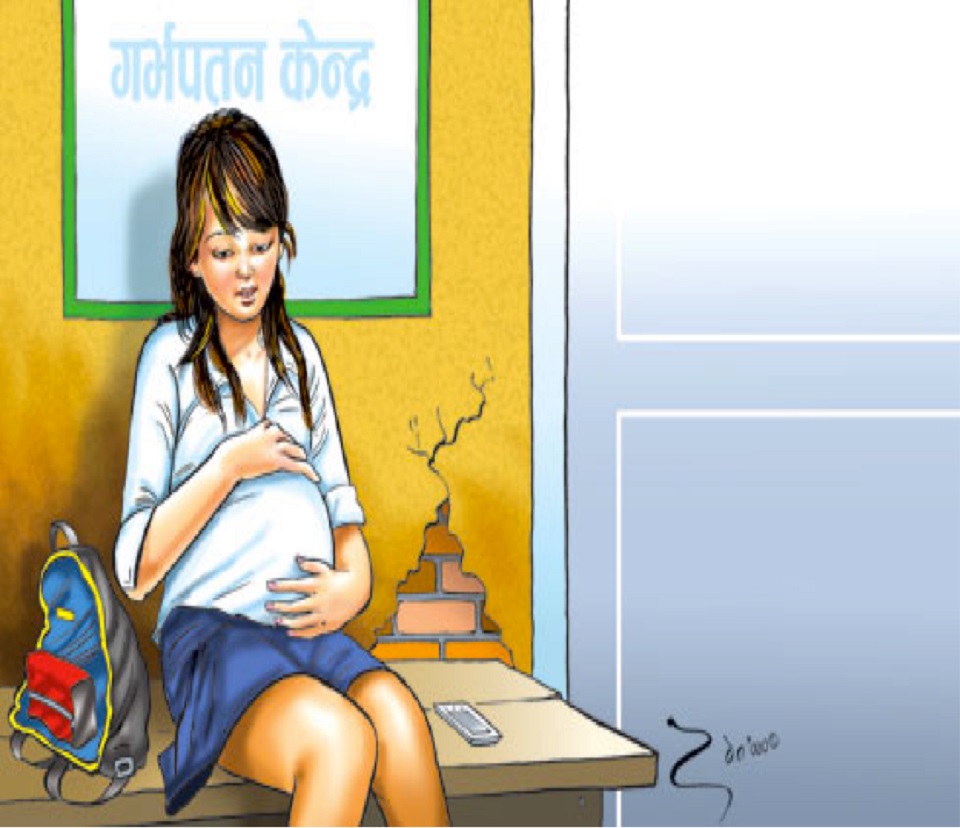 KATHMANDU, July 29: He was just seven when his mother died, and his sister was just a toddler. His bonding with his sister was special, he said over the phone, and then his voice choked. His sister, a seventh grader, was lying on a bed at the  BP Koirala Institute of Health Sciences (BPKIHS) after her six-month pregnancy was aborted.

"Doctors carried out the abortion yesterday. She is weak, and is on IV," said the brother, on Monday morning. "She's quite nervous."

The victim did not reveal the matter earlier. But when  she started  having health issues, she was taken to a doctor. Upon interrogation, she reported that she was dragged from her cowshed and taken to a nearby hut. The man then threatened to kill her, and destroy her family if she discussed the incident with others.

"She did not know that rape could result in pregnancy. She thought that one can only be a mother after marriage. He's our relative, and is very rich. He is trying to find someone to take the responsibility for his crime," the brother, 22, said.

The accused is Bidur Prasad Devkota, 46, committee secretary of Nepal Communist Party of Golanjor – 7, Sindhuli. According to the victim's brother, Devkota offered money to settle the case. When that did not work he started looking for a scapegoat. "He offers money, sometimes he says he's not the one, and that it could be his driver. He does not want to be blamed for this," the brother added.

The incident happened in Golanchor – 7, Sindhuli district, and came to light last week. On Sunday, the district hospital referred her to an advanced hospital. Abortion is risky when the baby is more than six months old, and other hospitals did not take up the case and they had to finally admit her to BPKIH, Dharan, said the brother.

Area Police Inspector Shanta Waiba told Republica that the accused was arrested the same day and FIR filing and investigation is underway. Shyam Khatri, spokesperson for Sindhuli District Police Office, stated that the case has not yet been filed. "We get 25 days to file a case. We are working on the case," he said.

When rape cases reach the police or the court, they are often settled mutually. The guilty takes the victim's family in confidence. On the other hand, instead of rapists, victims are targeted and even ostracized by society. This is especially true with poor and marginalized families. The seventh grader is going through immense psychological trauma and the family is overwhelmed. Talking to Republica, the brother said that he would not be surprised if the culprit, who happens to be a cousin of the victim, is freed.

"He is denying the charges. But if he had not been the one, why would my sister take his name?" the brother asked.