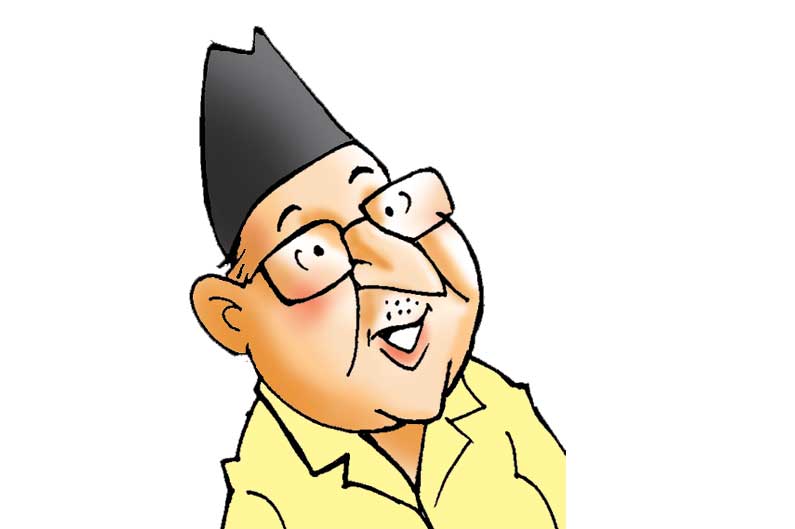 KATHMANDU, Feb 17: Prime Minister K P Oli never appears  slow in showing tangible results for his first year in office. But when it comes to time management, he has earned a reputation of never showing up on time.

Prime Minister Oli is invariably late for all party meetings and various other programs. Let alone other things, he is often late even for his plane at the airport, leaving other passengers counting the minutes.

On December 8, 2018, four senior leaders of the Nepal Communist Party (NCP) boycotted a secretariat meeting after Oli failed to turn up even half an hour after the scheduled time. They were irked  as Oli has  failed to maintain punctuality even after  repeated calls, party leaders said.

NCP leader Ghanashyam Bhusal said Oli has a different attitude to time. “I think the prime minister’s notions of time are different from those  of most of us ,” he said , asking if  other party leaders were aware of this.

Turning up late has become an Oli norm. On May 15 last year, he turned up at a public function nearly four hours after the time notified by his personal secretariat  to  the organizers. NCP’s youth wing Yuba Sangh Nepal had slated its establishment day function at noon, but Oli, who was chief guest, showed up only at 4 pm.

On June 2, Oli was invited to felicitate vocalists Ramesh and Rayan at the Rastriya Nachghar, Jamal. he was three hours late.

The prime minister’s lack  of punctuality has left many leaders within the party in awkward situations. On July 28, fellow-chairperson of the NCP Pushpa Kamal Dahal had to keep on speechifying after Oli failed to appear at the unification announcement  of the party’s engineers wings following the merger of the erstwhile CPN-UML and CPN (Maoist Center).

The punctuality of the executive head of the country matters for many reasons. His delays force event organizers, participants, ministers and lawmakers to wait for hours, wasting their valuable time.

“Prime Minister Oli, who never tires of talking about prosperity and good governance, is in the forefront of leaders who are always late . Even his comrades boycott him as he fails to keep his wristwatch up to speed,” Roshan Bikram Shah satirized  Oli on Twitter.

In a recent TV interview program, Janata Sanga Pradhanmantri, Oli said he wakes up with the sun in the morning and sleeps usually after midnight. “I sleep at around 1, 2 or 3 pm and sometimes have my dinner after 10 pm. But my wife has  helped me always at such hours,” Oli said about his time management or lack thereof.

But his secretariat doesn’t agree that he is never punctual. “He is never late for important events. In some cases the organizers give one time for  others and another for the prime minister in view of his busy schedule,” said Indra Bhandari of  the secretariat team.

PYUTHAN/KATHMANDU, June 1: In an apparent alignment with Pushpa Kamal Dahal, one of the two party chairpersons of the ruling... Read More...

“During this difficult time Poudel talked to both Oli and Dahal’s top aides to find a middle path,” said a... Read More...