A bear acted as priest at bizarre wedding ceremony

A Russian couple who got married recently, invited a very unusual guest to act as the priest and ring-bearer at their wedding — a giant, furry bear.

Denis and Nelya, both 30, from Moscow, Russia, hired the 133-kg weighing Stepan to attend their special ceremony. Stepan, who turned up wearing a black bow tie and stands seven-foot tall, even posed for photos with both the bride and groom. The bear also played the role of registrar at one point and joined paws with the couple as they professed their love for each other.

Stepan, the bear, first found fame in May 2016, when a series of photos of the tame animal went viral, Daily Mail reported. He was adopted by Russian couple Svetlana and Yuriy Panteleenko aged just three months after being discovered by hunters in the forest.

Stepan, who is 23 years old, is treated by the couple as their son. They eat dinner with him and snuggle up together in front of the TV at night. 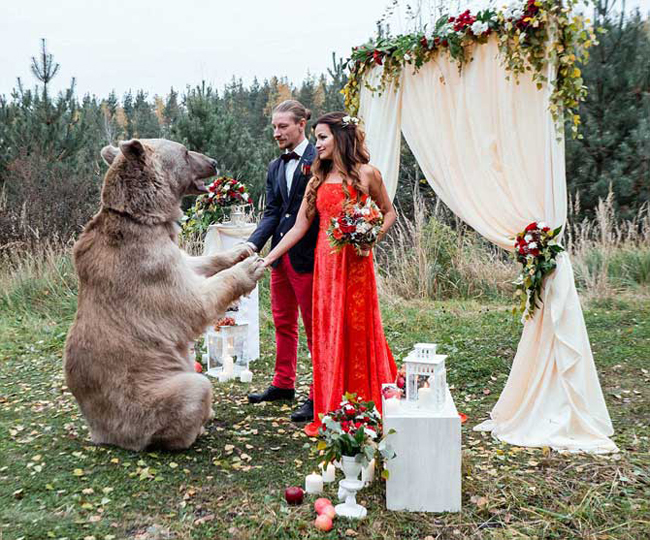 The two-month stretch starting with Gatasthapana, the first day of Dashain which falls on October 1st this year, is a... Read More...

Nepal witnesses sharp decline in COVID-19 cases, only 570 new cases recorded in past 24 hours
2 hours ago
Marriage attendee found with left leg chopped off
6 hours ago