As tension mounts between Nepal and India over border issue, China cautions both against unilateral action 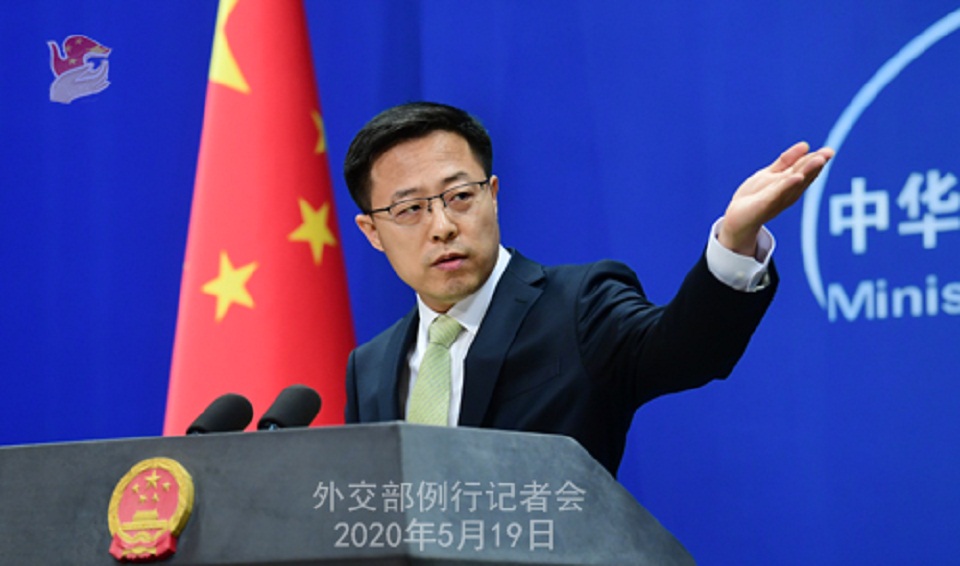 KATHMANDU, May 20: Amid diplomatic tension that has surfaced between Nepal and India after the latter unilaterally built a link road through Lipu Lekh, a Nepali territory, China has urged both the parties not to take unilateral actions that may complicate the situation.

Responding to a question from a journalist during a regular press conference in Beijing on Tuesday, Chinese Foreign Ministry Spokesperson Zhao Lijian said the outstanding border issues in Kalapani, Lipu Lekh and Limpiyadhura are issues between Nepal and India. "The issue of the Kalapani region is a problem between Nepal and India," said Zhao.

The remarks come in the wake of Indian Army Chief Manoj Mukund Naravane suggesting that Nepal was raising the issue of Kalapani, Lipu Lekh and Limpiyadhura at 'someone else's behest'. Although he did not name any country, General Naravane was apparently alluding to China.

While recognizing that border issues exist in the whole of Kalapani, Lipu Lekh and Limpiyadhura between India and Nepal, Chinese Foreign Ministry Spokesperson Zhao has also urged the two countries to settle their disputes through friendly consultations. "We hope that the two countries will properly resolve their differences through friendly consultations and will not take any unilateral action that may complicate the situation," Zhao said.

The Sugauli Treaty reached between Nepal and the then East-India Company in 1816 has determined the River Kali as the western boundary of Nepal with India. Nepal has consistently maintained that Kalapani, Lipu Lekh and Limpiyadhura that lie east of the River Kali are indisputably Nepali territories and that they were made to look like disputed ones after the Indian army occupied them without any grounds in 1962.

As such, Nepal objected to the agreement reached between India and China to expand a trade route through the Lipu Lekh Pass without Nepal’s consent during Indian Prime Minister Narendra Modi’s visit to Beijing in 2015.

Diplomatic tension between the two countries has surfaced lately after India released a new political map in October last year incorporating Kalapani, Lipu Lekh and Limpiyadhura on its side of the border. Nepal also expressed strong objection after Indian Defense Minister Raj Nath Singh inaugurated a link road that passes through Lipu Lekh earlier last week, asking the Indian side not to carry out any activities inside the Nepali territory.

A cabinet meeting on Monday endorsed a new political map of Nepal that includes Kalapani, Lipu Lekh and Limpiyadhura on the Nepali side of the border as per the relevant treaties and historical evidence. Addressing a parliament meeting on Tuesday, Prime Minister K P Oli said that the new map will be released soon.