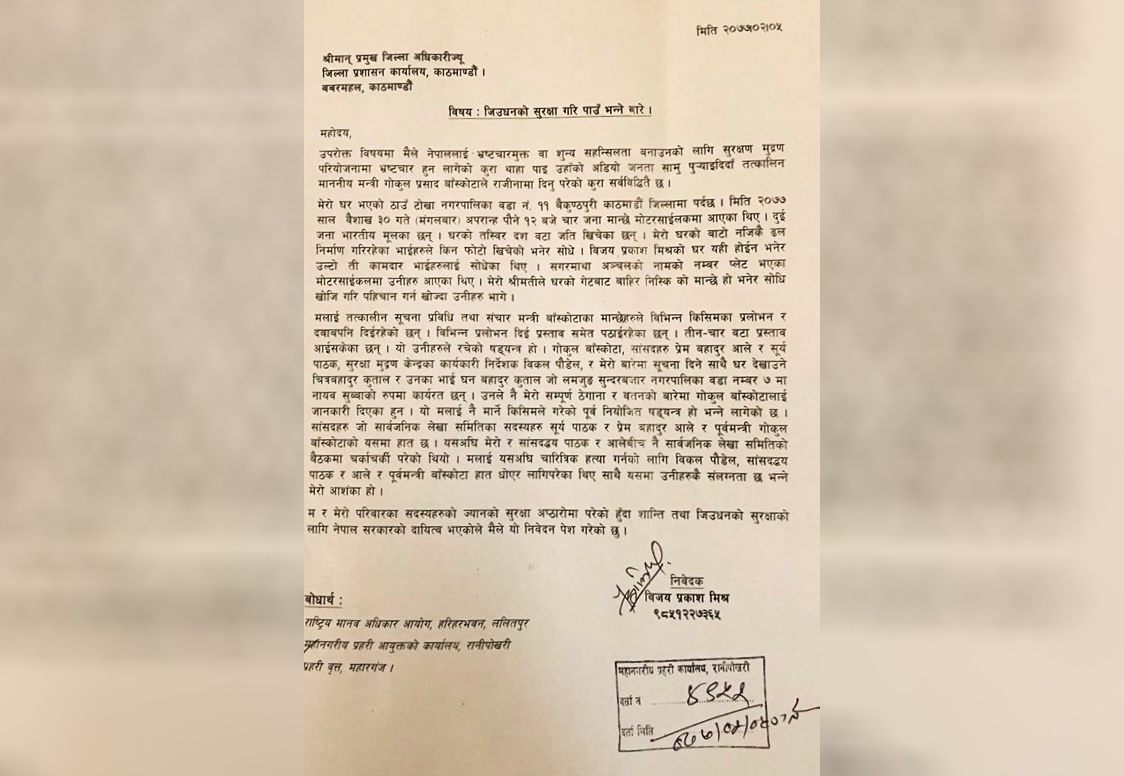 KATHMANDU, May 19: After sensing security threats, Bijay Prakash Mishra, a Swiss Company local agent, has filed an application at the local administration in Kathmandu demanding security of his and his family members from former minister Gokul Prasad Baskota.

In an application, Mishra writes he has security threats from former minister Gokul Prasad Baskota, who resigned after being accused of bribery charges.

In a leaked audio recording of a conversation between former Information Minister Gokul Baskota and Swiss Company local agent Mishra, the minister is heard bargaining for Rs 700 million in bribes over the procurement of a security printing press for the government. The audio clip was leaked in February.

“I was unable to report to the police and the local administration on time due to the nationwide lockdown,” Mishra told Republica Online, adding that two men who looked like Indians took pictures of his house.

“I have security threats, so it is the responsibility of the government and the authorities concerned to provide security to me and my family members,” he added.