KATHMANDU, April 28: A debate is raging on social media platforms about the role of state-funded media after Radio Nepal removed an interview with former Prime Minister Dr Baburam Bhattarai from its online archive.

However, Dr Bhattarai's interview is just case in point. There are several similar instances in the recent past, where the governments have been accused of taking a harsher approach to the state-run media for running anti-government programs/contents.

Dr Bhattarai, who is an opposition party leader, has now come heavily upon the Oli government for controlling Radio Nepal politically. But evidence suggests that Dr Bhattarai also did the same when he was at the helm of the government back in January 2013.

The two incidents have some commonalities. In both, the Prime Ministers (Bhattarai and Oli) disagreed with the views expressed by the opposition party leaders critical of the government.

With the advent of the Oli-led government in February 2018, his administration seems to be more intolerant to media freedom in general. It was on June 14, 2018, the then government spokesperson Gokul Baskota ordered the NTV administration to shut down a talk show called "Sidha Prashna" after the host of the program, Raju Thapa, grilled Baskota about his property details.

Successive governments in Nepal have faced criticism for controlling the state-run media.  Available evidence suggests that the government, in one way or the other, controls the state-owned media, and turns them into a mouthpiece of the ruling parties or the government.

The state-owned media have repeatedly become the victim of dirty politics. As a result, they simply broadcast or print what the ruling parties feel good about. There has been a sort of self-censorship in terms of releasing the content through the state-run media relating to the ruling party or the government. 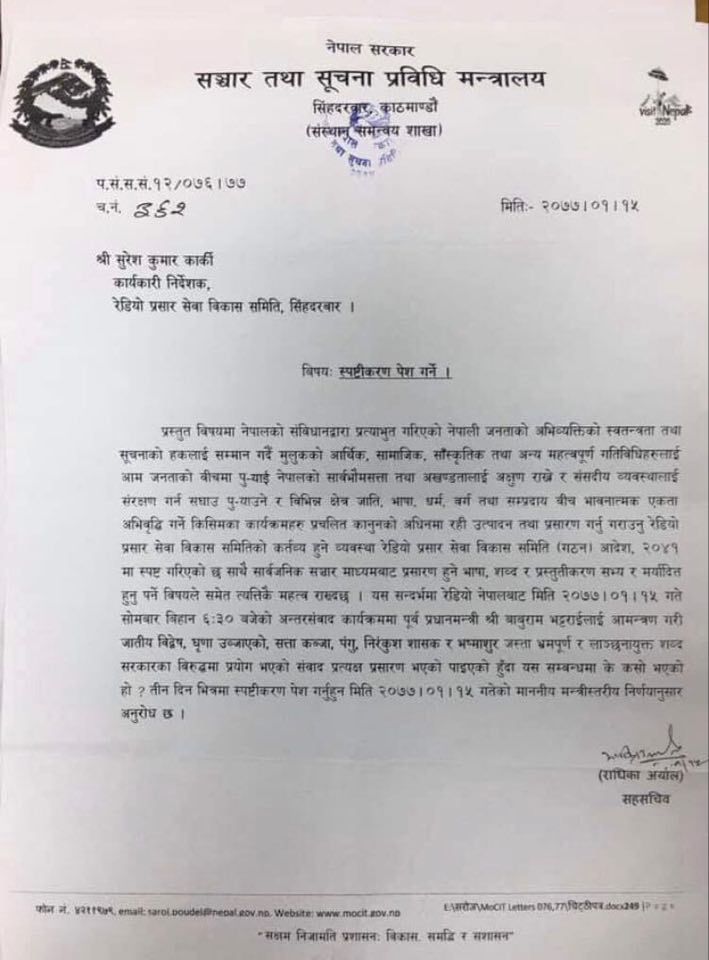 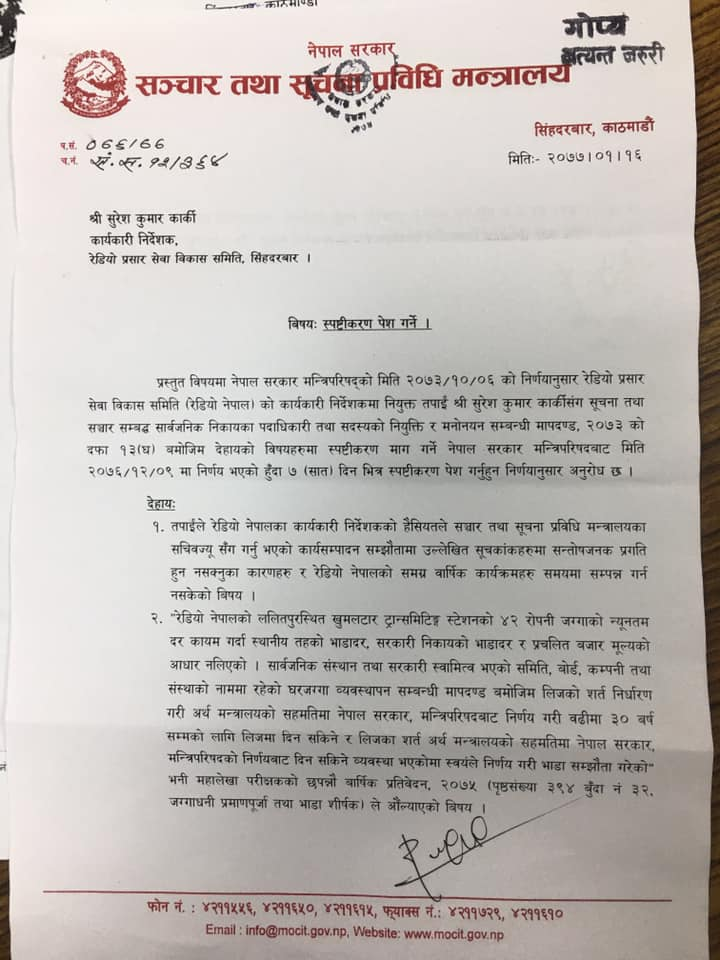 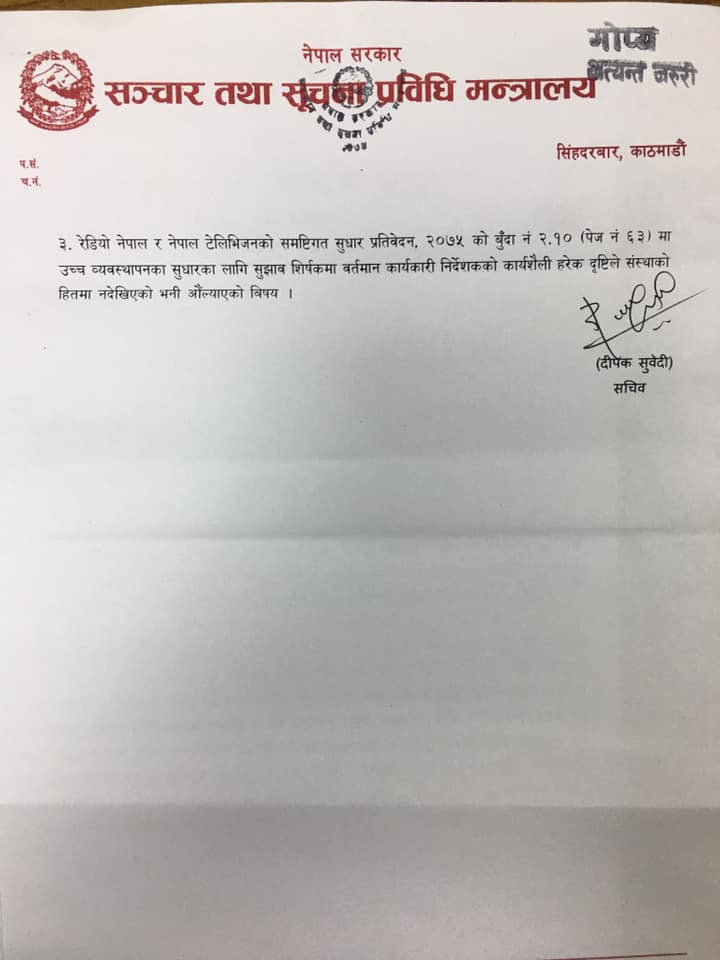