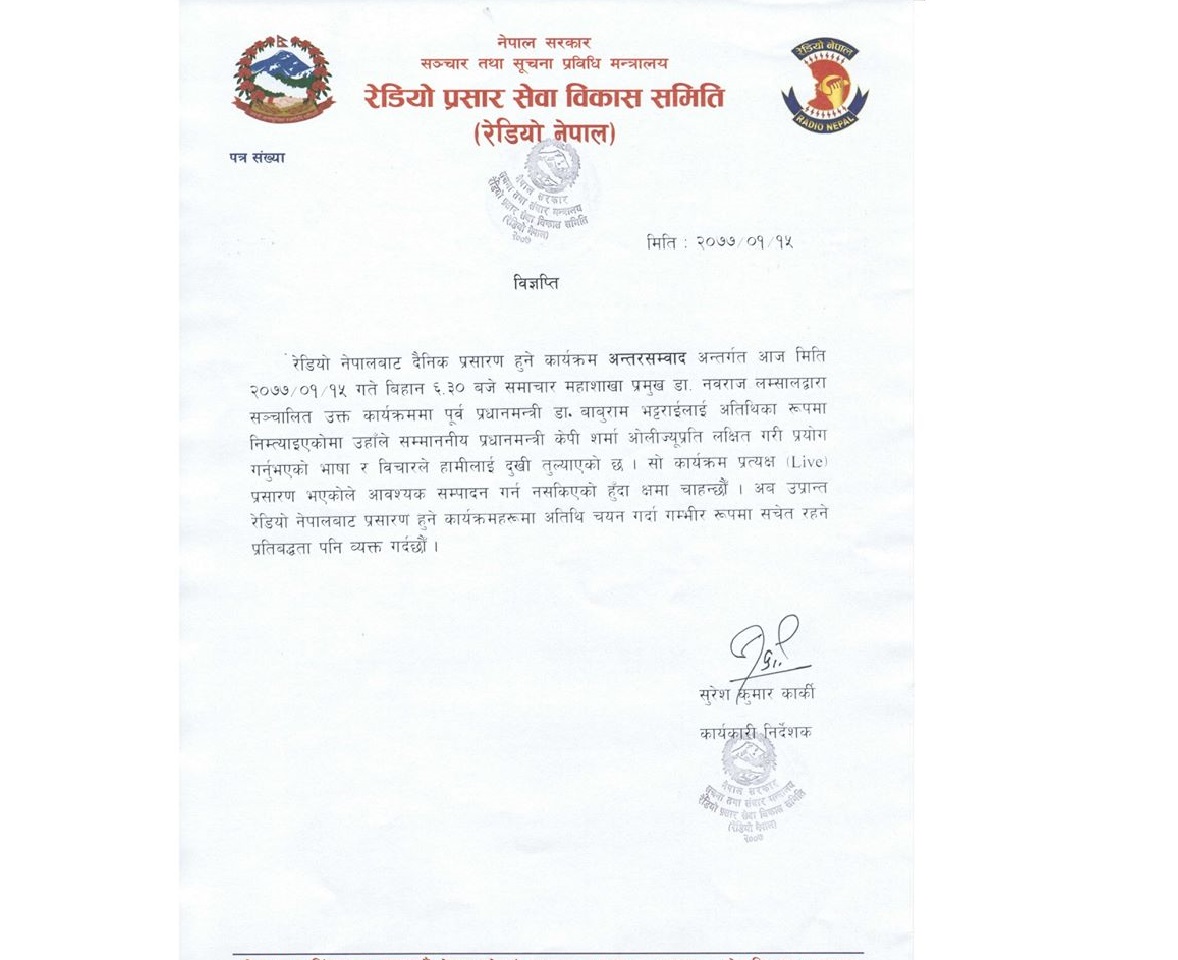 KATHMANDU, April 27: Radio Nepal, the state-owned radio station, on Monday removed an interview with former Prime Minister Dr Baburam Bhattarai from its online archive, apparently under pressure from the government.

Dr Bhattarai, a leader of the newly-formed Janata Samajbadi Party, was interviewed during a live program titled “Antarsambad”. The program, hosted by its new chief Nawaraj Lamshal, discussed the current political situation of the country.

The telephone interview, which was on air at 6:30AM today, was critical of the government and Prime Minister KP Sharma Oli.

In a press release, Suresh Kumar Karki, the executive director of Radio Nepal, said he regrets the language used by former PM Bhattarai and the views he expressed, targeting Prime Minister Oli during the interview.

"We could not edit the interview since it was a live broadcast. We will be careful while selecting guests in the future," Karki added.

The statement came late Monday afternoon after Ministry of Information and Communications sought clarification from ED Karki and new chief Lamshal on the issue, according to sources.

KATHMANDU, April 28: A debate is raging on social media platforms about the role of state-funded media after Radio Nepal removed... Read More...

KATHMANDU, Aug 31: The first singer of Radio Nepal Hari Prasad Rimal has died at the age of 93 at... Read More...

KMC will continue its programs according to its policies: Mayor Balen
40 minutes ago