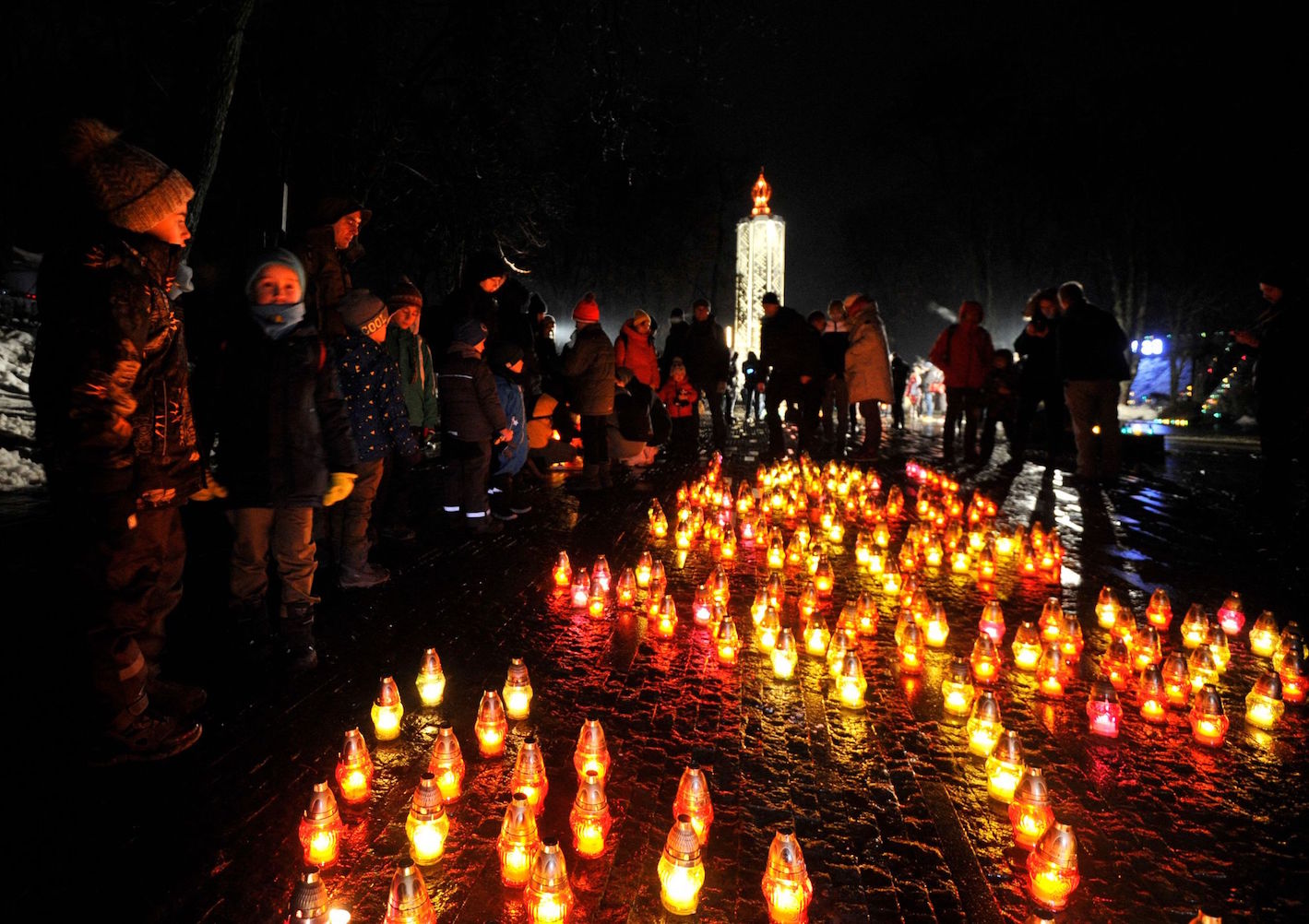 KYIV, Nov 27: Ninety years ago, millions perished in Ukraine in a manmade famine under Joseph Stalin that many in the country call genocide. For Ganna Pertchuk, the current Russian invasion is a case of history repeating itself.

At the tall candle-shaped Holodomor (Ukrainian for death by starvation) memorial centre in central Kyiv, a dozen Orthodox priests in black and silver robes gathered Saturday for a religious ceremony for the victims of the famine.

The event was held outdoors despite sub-zero temperatures.

Before starting the ceremony, Archbishop Filaret, 93, laid a wreath of red carnations at the monument with a statue of an emaciated girl clutching some stalks of wheat against her chest.

"We pray for those who perished in the famine," he said.

"The Holodomor was not a result of a bad harvest but the targeted extermination of the Ukrainian people," he said.

"What happened in the 1930s was genocide and what is happening now is also genocide," said Pertchuk, a pensioner, who attended the ceremony

"The parallels are very clear."

Ukraine is known as the breadbasket of Europe for its abundant wheat crops, a product of its rich, black soil. But under Soviet rule it lost between four and eight million citizens during the 1932-1933 famine. Some researchers put the figure even higher.

While some historians argue the famine was planned and exacerbated by Stalin to quash an independence movement, others suggest it was a result of rapid Soviet industrialisation and the collectivisation of agriculture.

Ukraine officially considers it a "genocide" along with a number of Western countries, a label that Moscow vehemently rejects.

'Victory of Good over Evil'

Pertchuk, like many Ukrainians has heard horror stories from family members.

Her mother-in-law, remembered as a young girl hiding with her family in a village near Kyiv so "that she wasn't eaten up," Pertchuk said, speaking of a famine that fuelled rare cases of cannibalism.

"Imagine the horror," said the 61-year-old former nurse, with tears in her eyes.

She said she was "praying for our victory which will be a victory of Good over Evil".