90 elephants slaughtered, stripped of tusks in Botswana's worst massacre of elephants in its history 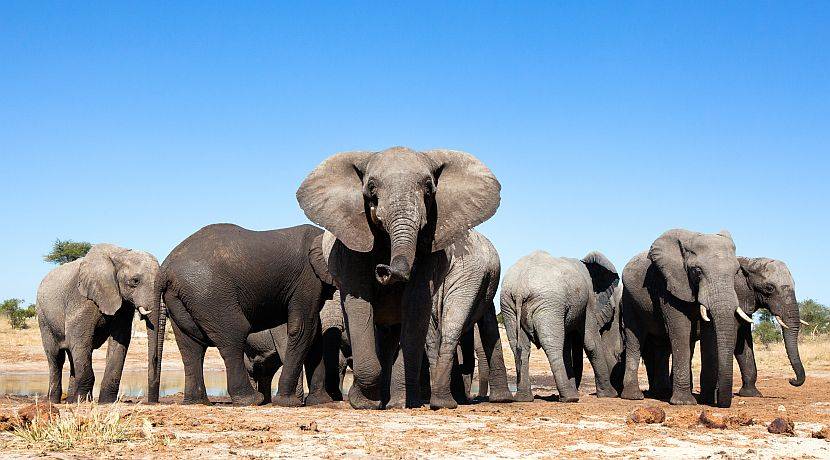 BOTSWANA, Sept 8: Conservationists have discovered the corpses of 90 elephants in Botswana in the last two months. The atrocious discovery unleashes fears of a poaching boom in a country that has traditionally been a safe haven for tens of thousands of these gentle animals.

Poachers appear to be attacking male elephants over the age of 35, killing them near watering places and cutting their fangs, said Mike Chase, a conservation biologist who founded the environmental group Elephants Without Borders. Six white rhinos have also been killed, he said.

The scale of poaching is "by far the largest I have seen or read in Africa to date," Chase told HuffPost in a statement. "Every day we count dead elephants."

Elephants Without Borders said it discovered the dead animals when it began conducting a census of these animals within Botswana that began in mid-July.

The country has long been a refuge for more than a third of Africa's remaining elephants (around 130,000) thanks to its strict environmental protection that, until recently, gave its conservation staff the authority to shoot suspected hunters furtive.

The dead elephants "presumably had the heaviest tusks in the region, about 30 kilos or even larger," said Chase, who led the Great Elephant Census for two years to count each elephant on the African continent. "A clear order has been issued for tusks of a specific weight, and I suspect that large ivory is in great demand, considering that there are few large tusks left in Africa."

He said that poachers "seem to point to male elephants when they go down to drink in seasonal watering holes."

Kelly Landen, program manager for Elephants Without Borders, said the group had been flying since July 10 for the inspection of elephants in association with the Botswana National Parks and Wildlife Department, which hires the group to conduct inspections every four years, according to National Geographic.

However, the Botswana government is rejecting the research findings and labeling them "false and deceptive." Most of the bodies documented by Elephants Without Borders "were not poached, but died of natural causes and killings of reprisals as a result of human and wildlife conflicts," the government said in a statement. 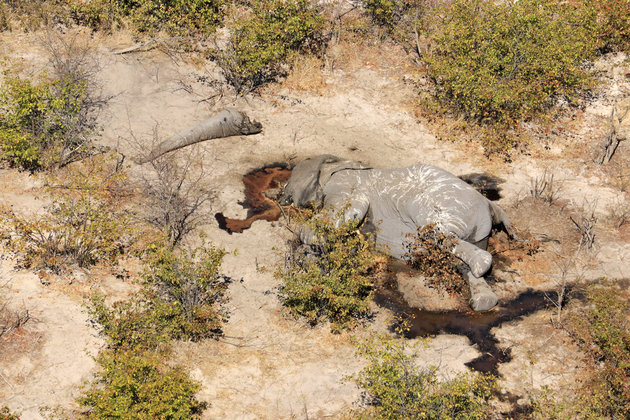 The government also tried to distance the killing from its decision to disarm its forces against poaching earlier this year without explanation. The team previously operated with the authority to shoot poachers in sight, and at least 52 had been killed in the past two decades, according to The Southern Times.

"The Government of Botswana wishes to state that it is unfortunate that some media reports attribute the increase in elephant poaching primarily to the removal of weapons from the National Wildlife and National Parks Department's Poaching Unit (DWNP)", published the government on your Facebook page. "The fact is that the removal of such weapons from DWNP, in no way affected the effectiveness and operations of the units against poaching."

Chase suggested to the BBC this week that such a change encourages poachers to put their sights on Botswana's wildlife, as neighboring countries have already seen their elephant populations "on the brink of local extinction" reduced.

"People warned us about an imminent poaching problem and we thought we were ready for it," Chase said. "Poachers are now targeting Botswana with their weapons, we have the largest elephant population in the world and it's an open season for poachers."

Every Street Dog Needs Its Rights

Every creature in the nature has equal rights to live. Street dogs should get the same rights as pet dogs.... Read More...

CHITWAN, Feb 14: Elephants have been fed on their favorite foods on the occasion of Elephant Food Festival organized at... Read More...